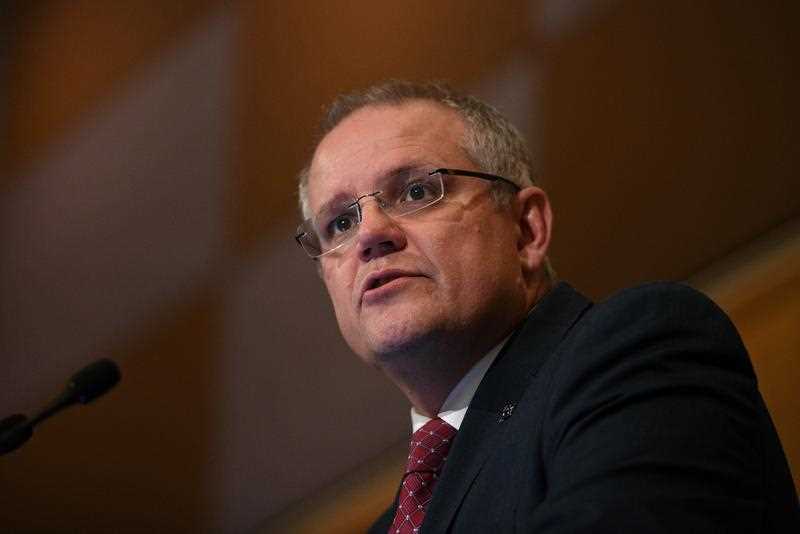 Can Scott sell us a good Budget story that we'll buy?

The smartest move the Turnbull Government has made in recent times is this change of narrative around more understandable concepts, such as “good debt” and “bad debt”. Ahead of the Budget on the second Tuesday in May, the use of terms that two important audiences comprehend is vital.

In case you missed it, Treasurer Scott Morrison says we have to distinguish between good debt, which is government borrowing for wider roads, bridges, airports, etc., and bad debt, which is, wait for it, for recurrent spending!

Yes, I know most of you aren’t sure what that is but it’s good and important spending on health, education and welfare, which reappears every year. That’s why technical people like accountants and economists call it recurrent spending.

So good debt is more likely to be a big one-off spend but it’s seen as the gift that keeps on giving to the economy. It delivers productivity, which is an economist’s term for more production and, therefore, income returns from the initial outlay or cost. And the productivity return might not just be for the road that’s built but every business that uses it.

Imagine a truck contractor who spends an hour a day less sitting in crazy queues because of better roads etc. He then can get five hours more business a week, which means he needs to hire a worker for an extra day. This is why borrowing for infrastructure is seen as good, at least by economists, lenders, business leaders and politicians.

Debt ratings agencies, such as Moody’s, would also like it but they hate bad debt — borrowing to help people and to collect votes — when a government carries a big budget deficit and growing debt.

If a government had a budget surplus, then it could do all the recurrent spending it liked and debt ratings agencies wouldn’t give a toss. And Scott has to sell this Budget, not only to the voters of Australia, he has to please the debt agencies, who want a lower budget deficit going forward. They could cop a slower reduction, if good debt increases and bad debt decreases.

Remember, the Treasurer wants to cut company taxes to help business grow and employ, which in the short-term will increase the deficit. He then wants to cut spending for what often is called middle class welfare, which has given rise to what is nowadays called “the age of entitlement”.

These handouts to people, who could do without them, add to debt and would be portrayed as contributors to bad debt.

So this is the story that Scott will take to his Budget Speech, unless I’ve got this wrong and the public responds negatively to the idea of bad debt. Everyone gets the idea that investing in growth and jobs, which then gives taxes to the Government to reduce the deficit in a faster growing economy, is good.

However, cutting spending on welfare and/or education and/or health might be a harder sell portrayed as “bad”.

But wait, there’s another important group for Scott to sell this “good debt/bad debt” story to. And that’s the crossbench brigade in the Senate!

The Budget, due in 12 days, is bound to be a pretty good document, just like Joe Hockey’s two Budgets and Scott’s one last year. However, the problem was that they were all sold badly to a bloody-minded and demanding audience made up of Labor, the Greens and the wild and weird team on the crossbench.

When Joe failed to get much of his first Budget up, I interviewed former Treasurer Peter Costello and asked him what Joe and Tony Abbott got wrong.

He explained that you have to put a lot of work into selling a Budget and said: “If I was Joe, I would’ve walked down the corridor from the Treasurer’s office and looked into Car Enthusiast’s Party’s Ricky Muir’s office and I would’ve tried — ‘Let’s go for a ride, Ricky!’ — to understand him and get him onside.”

Let’s hope Scott is going to spend a bit of time in coming weeks with Pauline, Jacqui and Nick, for the sake of jobs, growth, and that damn deficit!