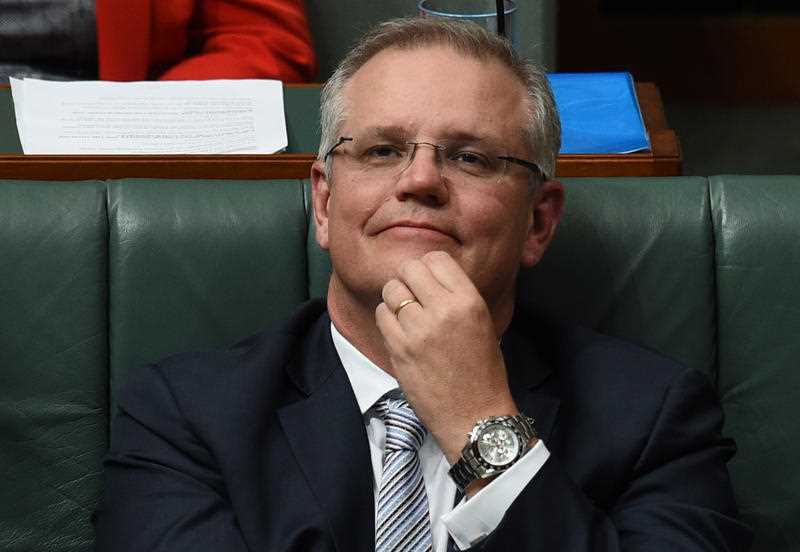 Can Morrison become another Keating or Costello?

This is a huge day for my old economics student Scott Morrison and I hope he pulls off a big one for himself and the rest of us. Governments and their Treasurers are important and it’s why the likes of Paul Keating and Peter Costello are paid so much respect, even from political enemies and voters who never liked them.

I guess the best example of how important governments and Treasurers are has been the USA’s comeback from the GFC. The US Government bailed out the big carmakers, the country’s banks and the world’s biggest insurer AIG.

It was ably supported by the Federal Reserve, which threw money at what was called the Great Recession and unemployment went from around 10% to 4.9%. And from October 2010 to November 2015, the US added a total of 12.4 million jobs, with positive job growth each month averaging 203,000, a robust rate by historical standards. (FRED database Civilian Employment series.)

I know Keating can be annoying and so doctrinaire but he was a big economy-changer, with substantial tax reform, microeconomic reform, deregulation and even a more productive, cooperative union movement coming in under his watch, with some help from his then boss, Bob Hawke.

Keating did the hard work but Hawke’s ‘love affair with the Australian people’ helped Labor stay in power, as his Treasurer did the hard economic stuff.

In many ways, we learnt to love or respect John Howard as Peter Costello introduced the GST and created huge budget surpluses, which KO’d Government debt. Yeah, I know he was helped by a mining boom and, maybe, he could have managed the proceeds better but he’s not God.

Selling the GST was huge and if you believe some of the simplistic criticisms of Costello’s stewardship, it's because you basically hate the Coalition, Costello and Howard.

I never saw a Budget Surplus until Keating created one in the late 1980s but the string of surpluses under Costello was huge and took guts. Promising a GST before an election is proof of that.

So what about Scott tonight? I think it’s smart that he’s promising economic growth and jobs. We all understand that but he has to present a credible plan that screams out that these guys know what they’re doing.

If the Budget creates growth and jobs, it will improve the cyclical part of the Budget Deficit. If he makes some tough calls to cut spending and increase taxes in some areas, which will be offset by tax cuts elsewhere, then we might be able to take off the P-plate for ‘provisional Treasurer’ tonight.

Obviously, his political opponents will be ripping into him and Chris Bowen, his opposite number, started last night on my TV program. However, the real test comes from the likes of Moody’s (the credit rating agency), the stock market and the foreign exchange traders.

If this Budget is not excessively political and good for growth as well as jobs and lays out a credible path to whittling down that damn deficit/debt disaster, then Scott might be on the road to becoming a memorable Treasurer.

Sure, it has not been a great start but lots of Treasurers, including Keating and Costello made some amateurish mistakes early in their stewardship. Sometimes, however, it wasn’t always of their making.

Yep, their leaders sometimes made them look sillier than they really were because they changed their minds and suffered what has sometimes been called the jelly-back problem.

One final point and it’s on the warm up act to the Budget — the Reserve Bank rates decision at 2.30pm. I wouldn’t mind a cut as it would lower the dollar and help the stock market but I suspect the very careful Glenn Stevens (the central bank Governor) will want to see what the Budget offers before he cuts the cash rate to a historically low 1.75%.

By the way, if there is a cut, Scott will have to have a big, headline-grabbing Budget to top it.

Tune in to my Twitter page (@peterswitzer) tonight where I'll be tweeting my views on this year's budget.