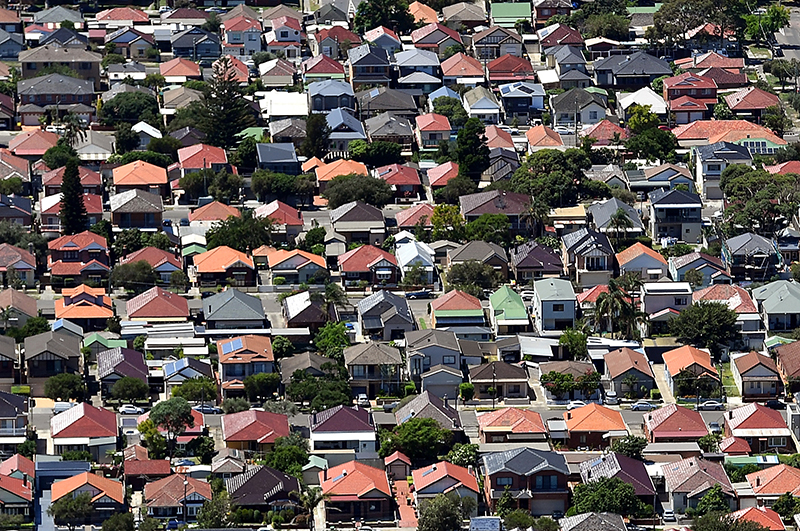 Can I talk negative gearing and keep you awake? I'll try. Will you?

The start of the election campaign has got statistical, numerical, economical and very technical. As a political service, I’ll try to bring matters that are important to how you vote down to the language of the normal person. Of course, clarity on a subject will be tricky because politicians have a tendency to gild the lily, rearrange reality and talk with fork tongue, especially around election time.

The kick-off issue for Labor about which media doubts have been raised is negative gearing and the capital gains tax discount changes.

The bravely stated plan from Bill Shorten and Chris Bowen is that for any property bought after January 1, an investor can only use negative gearing tax deductions if the property is new. This means it should encourage the building of new properties, which should be good for the economy.

That’s a plus but Labor said initially that 96% of properties accessing tax deductions via negative gearing were not new ones. The implication was clear — this ‘rort’ called negative gearing wasn’t good for building, job creation and the economy. The AFR tells us that Chris Bowen has now used multiple numbers on the subject. On Insiders he cut it down to 93% and this week it went down to 86%. The Property Council thinks it’s 40% in all states except WA, where it’s 34%. The listed mortgage broker AFG thinks, on its numbers (and they’re the biggest in the country) that it’s 43%!

Clearly, this is important because the bigger the current number of investors now buying new properties, the smaller the gain in revenue for a future Labor Government. The AFR says that: “If the figure is more like 30 per cent the savings from Labor's policy would be reduced by $7.6 billion over 10 years.” And if AFG is right, the savings go down again. It makes you wonder about the value of such a disruptive policy, especially at a time when the housing sector is under substantial pricing pressure.

What’s interesting is that Bill’s property policies, which includes reducing the capital gains tax discount of 50% to 25% for holding an asset for over a year, could actually create a short-term boom for stocks and property.

With property prices falling, an investor or a self-managed super fund retiree, who looks set to lose his or her tax refund from franking credits, could decide to buy a property and put it in their super fund or hold it outside super.

Why? First, properties are getting cheaper. In Sydney, they’re 13% cheaper and there’s probably still some more downside. Second, the property keeps its 50% capital gains tax discount as a part of Labor’s policy. Third, the retiree might think a reliable rent until they need to sell the property is better than dividends that governments can take away by changing the rules.

Fourth, a property bought, say, a day before January, will be more valuable to an investor or landlord because the capital gains tax discount makes a future sales more valuable in an after-tax situation!

The same analysis applies to people buying stocks. The CBA or BHP share I buy on December 31 will carry a 50% discount, compared to one bought on January 2. (The stock market isn’t open on New Year’s Day and that’s why I went January 2.)

But it’s not all bad news.

I think a Shorten victory on May 18 could lead to a chase for stocks, property and other assets that are good for capital gain. Remember, investment properties and stocks bought before January 1 hold their 50% capital gains tax discount so it would be rational to chase these sorts of assets.

So a Shorten boom for stocks and property is likely, provided no external scary curve ball spooks markets. But the question is what happens after January 1?

Speculators who bought ahead of January 1 will probably get out before that date. Less new buyers will be chasing stocks and less will be showing up to auctions but those who do will get bargains!

The Government picked it in one that these new policies will be good for all homebuyers but really challenging for anyone who owns a home and one day would like to sell it at the highest possible price.

Because of the uncertainty effects of these policies, I hope that a future Treasurer Chris Bowen, over the course of the election campaign says: “I’m not a dope and I won’t stick to the January 1 start date if it’s going to be bad for the economy.” That would be a wise Labor Treasurer and we’ll need one of those if Bill becomes PM.

On the other hand, I’m hoping our future Senate says no or says “you’ll need to change that policy a tad” when it comes to:

With the latter, I’m sure the Senate would approve reducing tax refunds for those on big handouts from the tax office but a capped refund of $10,000 or $20,000, would make this ‘change of rules’ penalty on retirees fairer for those who can least afford this slug.

And remember, if retirees can’t fund themselves with a little help from the tax office, their super funds will shrink and they’ll end up on the pension. So the taxpayer wins in the short term but loses in the long term.

This analysis gives credence to an anti-Bill Shorten mate of mine who always refer to him as Bill Short-term!

I repeat, if Labor wins the election, I hope Chris will have the rocks to admit that if the economy isn’t ready for his policies on January 1, then he’ll delay the start date.

It’s not too much to expect economic wisdom from the Federal Treasurer, is it?