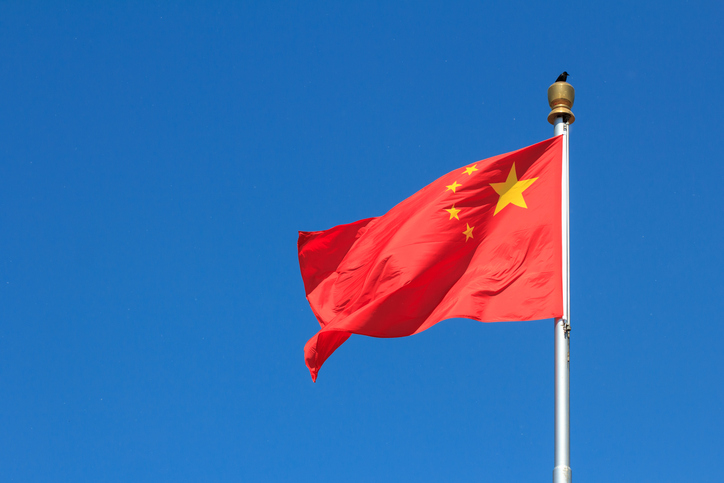 Buffett profiting from Trump, or is it China?

Wall Street was up again at 5am when I bounded out of bed (yes, I know, it’s a tough life but someone has to do it!). However, a rising market makes it all worth it and while I have been putting it down to the Trump-o-party effect, my buddy Charlie Aitken says I should be thanking the Chinese.

In case you missed it, the Chinese authorities have been stimulating their economy and economic data has largely said the economy is growing better than doomsday merchants were predicting. Of course, they question the Chinese Statistician, who is probably the most maligned professional in the world!

CNBC calculates that the Oracle of Omaha, Warren Buffett, has profited $US4.3 billion since the stocks’ party started post-election on November 9 and they think it’s primarily the Trump effect.

The KBW Nasdaq Bank Index is up 13.5% and I have to say that I can’t see the direct link between China and bank stocks but I can see the Trump ‘deposit’ that has lifted the outlook for financials.

As the story goes, Trump will ease up on regulation of the banks, though there was an appetite for that even before the election, as many thought impositions on banks were hurting their willingness to lend. That said, the notion of DT as the 45th President of the USA has turbo-charged those expectations of less bank regulation. Also, it’s thought that Trump will bring more economic growth, inflation and higher interest rates, which all help banks’ bottom lines.

This one-year chart for the Bank of America, which Buffett is long on, shows the Trump effect with the takeoff of the share price in November.

Once again, its share price has been on a surge since the same time as the banks and this had nothing to do with Donald, unless bank investors knew something just about no-one else knew.

Certainly, I’ve been arguing that the comeback of commodity prices had to be linked to a number of obvious things. Firstly, there had been over-selling, as always happens. Secondly, the big miners have ripped their costs down, with BHP’s cost of a tonne of ore now down to around $14. In 2013, it was around $25. And thirdly, the outlook for the world economy had to be getting better and China is the main driver of that demand.

Recently, we saw Japan (a serial low grower) come in with a 2.2% growth number and the collective Purchasing Managers Index (or PMI) for the world hit an 11-month high. So something was cooking before Donald got the gig.

Helping Charlie’s argument, to a certain extent, is the Hellenic Shipping News (yes I read it!), which shows the index has risen four times since February. 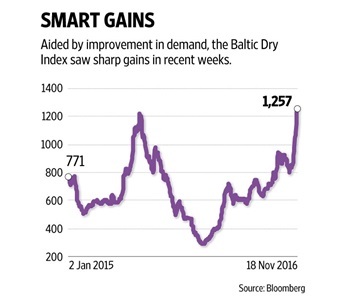 This tracks stuff shipped by boats and is a pretty good forward indicator. The only problem for Charlie is that it too really spiked on Donald’s win but as you can see, it has been rising like the Bank of America’s share price (shown previously) over most of 2016.

To rub salt into Charlie’s wounds, the UK’s Telegraph has the headline: “Baltic Dry index surges to two-year high on Trump’s infrastructure plans as pound spikes above $1.25.”

At this stage, Buffett has not acknowledged Trump but maybe he should, given what CNBC’s Jeff Cox revealed. “Warrants that Buffett purchased back in 2011, giving him the rights to buy 700 million Bank of America shares for $7.14, also have surged in value as the stock has jumped 15 per cent. The total increased value is about $3 billion, putting his take at more than $11 billion in the post-election period.”

To steal lyrics from Billy Joel, there’s a good case to make that Donald “didn’t start the fire”, as it had already started for bank and commodity stocks. However he certainly has got some of his beloved oil and coal and put a heap of it on that fire!

Personally, I don’t care why stocks are on the rise (well, I do really and that’s why I’ve written this piece). I mainly care that they’re doing what I predicted. And I have copped some criticism from ‘experts’ along the way.

It’s a tough job being a stocks optimist but someone in the media has to do it!