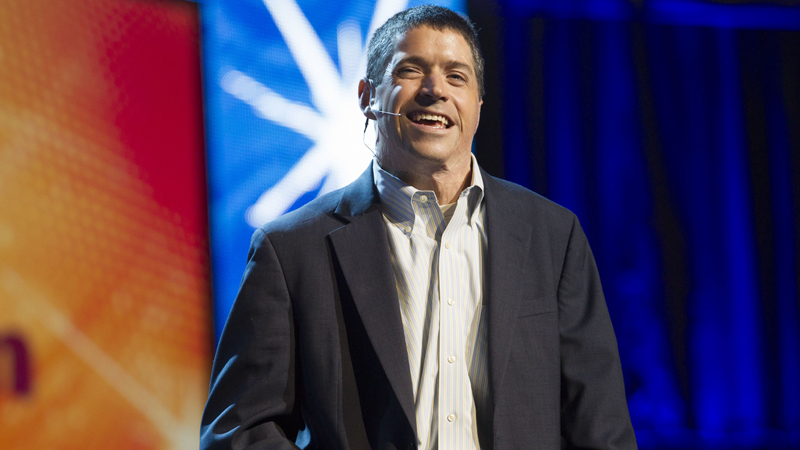 If you’ve never had the luck to hear about John O’Leary, then your luck is about to change. I met him in Shanghai when I emceed a travel conference a few years back. The keynote speaker was an American who I’d never heard of before.

Reading his intro was not easy and as I read it out to members of the audience, the more sensitive types started tearing up instantly.

For me, the tears became harder to fight back when I realised what this guy has achieved and how insignificant are the challenges that most of us stress about. A guy like John O’Leary not only makes you embrace what is popularly called “get real”, but is undoubtedly the inspiration we all need to tap into.

When I met John in Shanghai, he looked like he’d been through a butcher’s mincemeat machine, yet he absolutely sparkled with self-belief and exuded a willingness to help everyone who entered his space.

Weirdly, after getting to know John and his story, I couldn’t resist thinking that he was the luckiest unlucky guy I’d ever met!

Let me piece together the chapters of his life that explains why I entertain such a crazy proposition.

As a nine-year old, a garage experiment went terribly wrong and his family not only lost their house, but their wonderful little boy, who filled with so much promise was burnt to a crisp.

Flames leapt onto John’s little body, melting off his clothes and his skin, as he ran through the house screaming for help. But he wasn’t out of luck, when his older brother Jim, then 17, ran up from the basement, extinguishing the flames with a rug and, ultimately, saving his younger brother’s life.

His lucky streak had started.

After 18 weeks in hospital and after losing his fingers to amputation and being covered from head to toes in bandages, as well as being tied down to a hospital bed and unable to walk, he admitted to those close to him that he didn't really feel like he could do anything with his life.

But at that point in time, I’m sure young John had no thoughts about his good fortune — though it wasn’t far away.

John had burns on 100% of his body and was given the grim prognosis of a 1% chance of survival.

The good doc planted the seed of self-belief, which was an important planting into what grew out of the John O’Leary we see today. 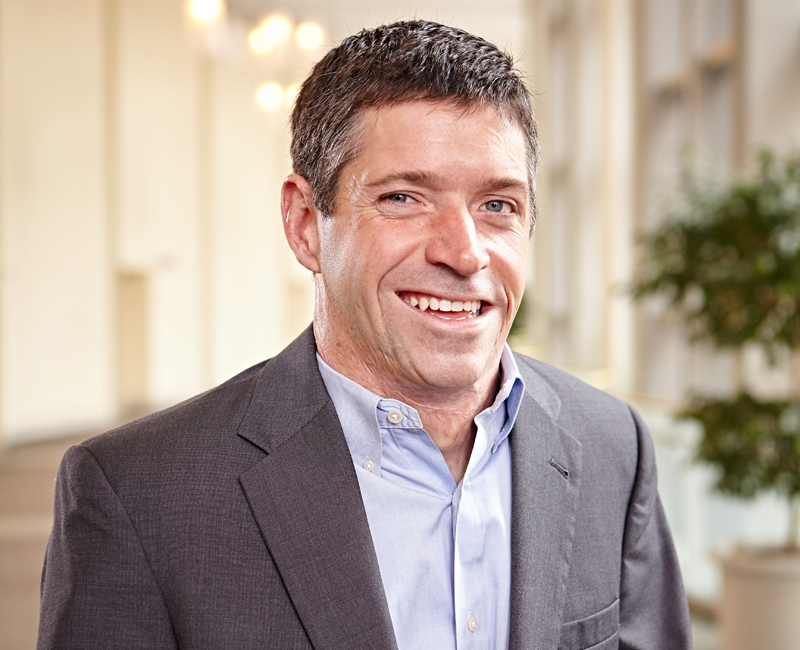 John’s business has 1,500 clients paying for his inspirational communications, the thousands of people who hear him speak around the world each year and the readers who have helped make On Fire — The 7 Choices to Ignite a Radically Inspired Life a best seller.

Dr. Vitale was a believer and knew he had to inspire this little boy, who realistically looked like a hopeless case.

But as I said, the John O’Leary was a lucky young boy.

On the second day in the hospital, O’Leary lay strapped down to the bed, his eyes swollen shut, a tracheotomy in his throat, rendering him unable to speak — all he could do was listen.

This is how the website parade.com reported John’s lucky day/break.

“Jack had been at a charity gala the night I was burned and someone mentioned in passing about my story,” John told me. “We'd never met before but the following day, this man stepped into my darkness, into my room, and spoke encouragement back into my life.

Buck was a legend and it wasn’t just because of his calls of his beloved Cardinals.

John recalls as Buck was leaving that day, he was told the poor little boy was going to die, with just a one 1% chance of survival.

“The following day, I’m lying in the hospital bed dying, and my door opens up: I hear footsteps, I hear a chair, and I hear Jack Buck’s voice say, ‘Hey, kid, I’m back. Wake up. You are going to live. You are going to survive, keep fighting.’”

Buck, a credit to humanity, kept it up for five months and when he was out of town with the Cardinals, he sent in someone off the bench to replace him!

Did I say John was lucky?

“That man made a profound difference during the five months that I was in the hospital,” O'Leary says. And “he continues to serve me afterwards,” John still insists. And in July 1987 ‘John O’Leary Day’ was celebrated at the old Busch Memorial Stadium, with John propped up in a wheel chair, thanks to velcro, minus his fingers, though his skin was starting to grow back.

But the story doesn’t end there. John shared this with parade.com and I couldn’t let this story go out without showing what a guy this Jack Buck was and how lucky John was to have met him.

“The following day in my mailbox is a baseball from Jack Buck, signed by Ozzie Smith, and a note from Jack that read: ‘Kid, if you want a second baseball, all you have to do is sign a thank you letter to the man who sent the first one,’” John explained. “The guy knew I could not write, but I think he also knew the power of inspiration and the power of connectivity.”

With a little help from his parents, O’Leary was able to write the Cardinals’ shortstop a thank you note. A few days later, another baseball arrived with another note that began ‘Kid, if you want a third baseball…’ By the end of 1987, Buck had sent O’Leary 60 signed baseballs from players all around Major League Baseball, with 60 painstaking notes sent in return. “Sixty baseballs from a very busy guy teaching a little nobody in St. Louis how to write,” O’Leary says, shaking his head.

That seed of inspiration grew into the success story that John O’Leary is today.

Now the father of four and married to Beth — did I say he was lucky? — now oversees an inspiration business that lives at JohnOLearyInspires.com. 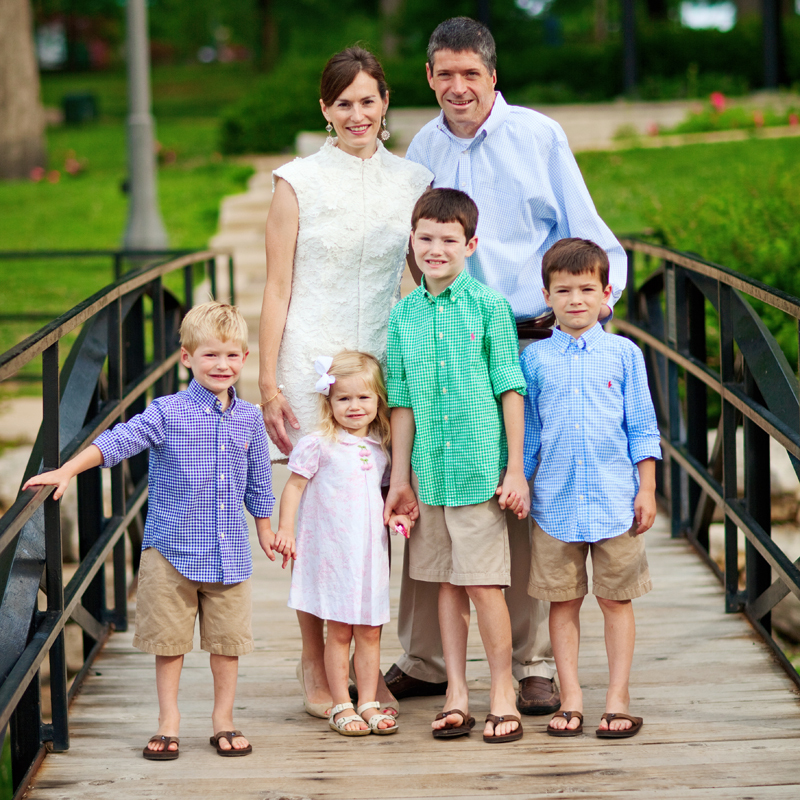 “The business grew from a passion, which is probably the best way to create a business that not only generates profits, but also makes a difference,” he told me. “I started it 10 years ago with my mom and dad writing a little book about my fire. They printed 200 copies. I bought one of them and reading that book changed the way I viewed my scars from being a victim of a fire to realizing I was fortified and made better because of it.”

It's now a global platform, which has seen him travel to 9 countries and 47 states, where he conducts sessions with audiences ranging from CEO groups to prisoners, from 10 people in a room to 15,000 in an arena.

I asked John if there was a time when he found it hard to believe that you would have a fulfilling life. His answer is unforgettable: “Absolutely. Yesterday! No, in truth, all lives and belief systems work a bit like the stock market. There are moments of great belief and hope, followed by despair and concern and with plenty of sideways movements along the way.

“But perhaps the greatest trough was after coming home after five months in the hospital. We sat at a table — my mom, dad, and five siblings — and Mom had made my favorite meal, it rested on a plate before me. The only problem was as I sat in a wheelchair unable to move my legs, I was also unable to feed my self as my fingers were amputated. A sister grabbed a nearby fork, scooped some potatoes and began moving it toward my mouth. Directly before the food entered my mouth, my mom said, ‘Amy, drop that fork. If John's hungry he'll feed himself.’

“That moment and then the following hour or so that followed was as low as I've been. There was no chance, as I had no fingers. I had been through enough. Food was everywhere but eventually, painfully, I wedged a fork between my hands, scooped my own damn potatoes, brought it toward my mouth, and stared angrily at my mom.

“I didn't know it at the time, but no one would ever have to feed me again — what a lesson she taught!”

And this unlucky lucky man is now teaching others. And aren’t we lucky he is?

I guess we could call it Buck’s luck!

O’Leary on the Weekend

Read: ON FIRE, of course!

Sport: Baseball (but have been and loved the two footy games I saw in Melbourne!)

Indulgence: I love beer ... and have been known to participate in an IPA or two.

(ON FIRE: The 7 Choices to Ignite a Radically Inspired Life, has been tremendously successful. It's an instant US National #1 Bestseller; sold more than 40,000 copies, and is being translated into eight languages. It also has a Five-Star rating on Amazon, enjoys universally positive reviews and has a profound impact on readers.)

Find out what the buzz is about. 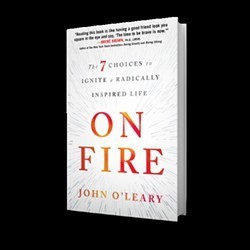