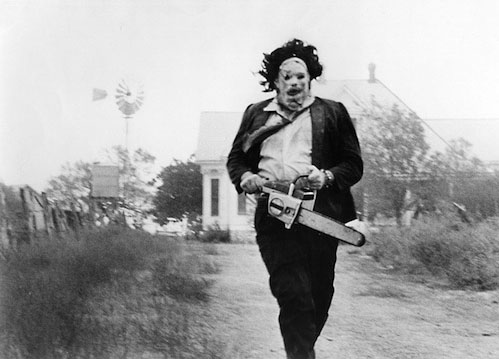 Brexit still spooking Wall St but it's no Chainsaw Massacre!

The Yanks couldn’t keep it positive like our stock market did yesterday but the consternation, or maybe the fear, wasn’t excessive. It was no Texas Chainsaw Massacre or Nightmare on Elm Street, with stock players remaining measured but I bet our market will succumb to gravity today.

That said, the experts playing stocks are doing what they do when they’re scared:

The implication of these concerns is that the greenback has spiked higher and that’s not good for US economic growth down the track. And it has hurt material stocks such as BHP and Rio, as commodity prices fall when the US dollar rises.

So if our miners are copping it, unlike yesterday, and banks aren’t popular worldwide, thanks to the uncertainty of the Brexit decision, then it makes sense that we're going to have a bad day at the office if you play the stock market.

As Bill Nichols, the head of US equities at Cantor Fitzgerald in New York told the Wall Street Journal: “There’s no playbook for this.”

In Europe, the Stoxx Europe 600 index was down a big 4.11%, with the German DAX off 3.02% and the FTSE down 2.55%, which is still pretty contained. I loved US investor Wilbur Ross’s take on the Brexit as being “the world’s most expensive divorce”.

And good old boy Wilbur is already seeing the buying opportunity in Britain:

"I bought some pounds on Friday," he told CNBC. "I may very well buy some more pounds today. I do think it's not the end of the Earth; Great Britain is not going to go to zero. It's easy to have people being too emotional.”

He thinks there are some pretty big short positions out there and if the UK stock market doesn’t drop as far as expected, then there could be a short squeeze taking stock prices higher.

That said, some companies are copping it and that includes carmakers, banks and travel companies, with Easyjet off 22% and Ryanair down 15%. A lower pound might make UK holidays in France, Spain, Italy and Greece more expensive so those Poms who opted for Brexit might have to spend future summers at Blackpool, which looks like an appropriate punishment for their dumb decision.

But don’t get me wrong. It was their decision to make and quite ironically the younger Poms who are complaining about the 51.9% of voters who carried the day (who were mainly older Brits) didn’t show up to vote!

The UK’s Independent summed it up succinctly with this: “It has been estimated that only 36 per cent of people in the 18-24-year-old category voted in the EU referendum. 64 per cent of young people did not bother to take themselves down to the polling station and place their vote.”

Maybe they thought their parents would do it for them, like so much of their life!

As I say, the Brits have made their choice but it does damage the economic recovery of the world. It will hurt the stock market recovery and increases the chances of a recession both overseas and abroad.