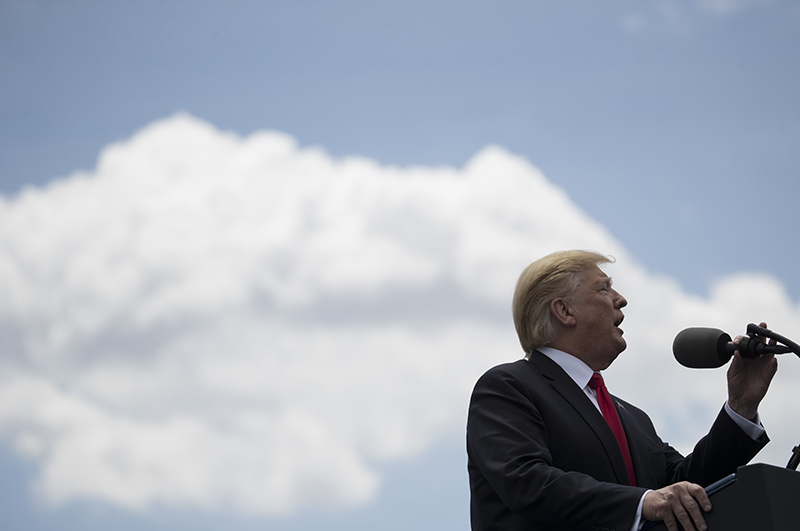 Billy the kid has gone but Donald remains

With his China trade war wheeling and dealing, Donald Trump has driven the likes of J.P. Morgan to downgrade its guesses on US and global growth. This brings into sharp focus the current power of politicians to influence how our share portfolios and super funds might perform going forward.

Our stock market, which has performed brilliantly this year, despite the fear of the election and the likely outcome, is up about 15% plus! A little bit of this rise came from the ScoMo effect post-election. Quite a bit came when the Royal Commission wasn’t as horrible to banks as was expected and hoped for in some quarters!

But the two biggies helping stocks in 2019 have been the Fed backing down on proposed interest rate rises, which was helped by Donald’s pressuring. On that subject, he was right. Too many rate rises could have KO’d the US and world economies.

The next big fillip for stock prices was Donald’s positive comments about cracking a trade deal. This was expected to happen on March 27. Why do I remember that? Well, that’s my birthday and I was looking forward to a nice ‘Trump trade war is over’ gift to drive up my super fund and wealth.

But Donald disappointed so now investment bank economics teams, like J.P. Morgan’s, are warning that a prolonged trade war will hurt economic growth so share prices could disappoint if these guys’ calculators are right!

The number crunchers have taken second quarter US growth down from 2.25% to 1%. Reinforcing this downgrade view is the Atlanta Fed’s GDP Now tracker, which has GDP growth for the first quarter at 1.3%.

We’re in Donald’s hands and I know there are those who love this guy so much that they think he walks on water but we could sink like a stone if he starts to believe his own publicity spin on how God-like his powers are. Donald made his name pushing around local governments and other entrepreneurs and he was good at it, though his mistakes were buried like a lot of other things in his developments.

Right now he’s playing Russian roulette with the Chinese, who don’t easily get pushed around. I hope he cuts a deal and doesn’t overplay his hand. Yesterday, the Chinese told him that they will withhold rare earth resources from the US, which are vital to tech firms products, as a get even for his bullyboy tactics, which tells us that negotiations are getting worse rather than better.

“Rare earth minerals are a suite of 17 elements mineable in the earth’s crust, with names such as cerium, europium and lutetium. They are commonly used in everything from car motors and electronics to oil refining and clean diesel to many major weapons systems the U.S. relies on for national security, including lasers and radar,” CNBC explained this morning. “And about 35% of rare earth global reserves are in China, the most in the world, and the country is a mining machine, producing 120,000 metric tons or 70% of total rare earths in 2018.”

You have to hope this doesn’t end up being a testosterone test — Donald v Xi Jinping — where our shares, super and jobs get shafted via a trade war recession. People like me gambled that good sense would prevail and that’s why the stock market spiked in January. The expectation of a trade deal, which Donald’s tweets predicted plus the no rise in rates scenario that became news in late December, pushed up stocks as the chart below shows. 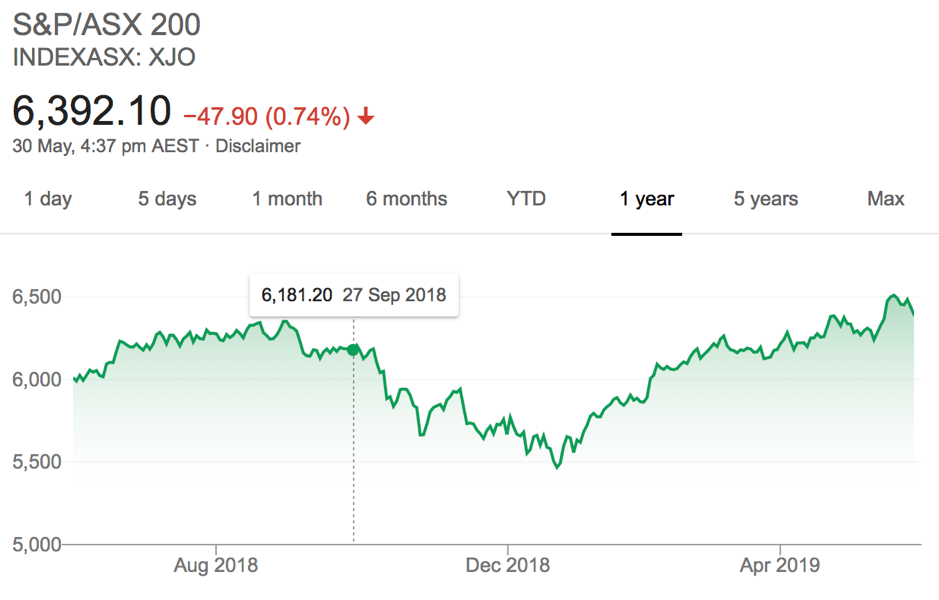 The S&P 500 chart in the US looks just like ours, except since May 3 it has been falling to down around 5.5%. and that’s probably what you can thank ScoMo for, along with the RBA’s Phil Lowe, who started hinting about rate cuts as soon as Bill bit the dust.

It’s significant that on a day when Billy “the Kid” Shorten basically blamed others for his shooting down at the gunfight at the May 18 poll, around 2.2 million Australian workers learnt that they had received a pay rise after the Fair Work Commission increased the national minimum wage by 3%, amounting to an extra $21.60 a week.

Some people in news outlets wanted me to bag the decision as being hard on businesses, having to pay a 3% pay hike when inflation is 1.3%, but I had to call it a “good call” by the Commission.

The unions wanted a 6% rise but I suspect Bill could never have conceded that a 3% rise was fair enough. His childish inability to admit mistakes partly explains his loss on May 18 — everyone’s to blame except him. I hope Donald doesn’t make the same mistakes with the Chinese.

It’s been my contention that if Bill had shown he was flexible on some of his controversial policies, he might have just got up. For example, if he said we could consider a cap for franking credits of say $5000 or $10,000 to make sure low income self-funded retirees wouldn’t be penalised, he would have been seen as reasonable and fair. If he had said he’d delay negative gearing changes if he thought the economy could not take more reasons for house prices to fall further, then he might have been seen as economically responsible and reliable rather than pigheaded.

It’s not weak to back down when the economic loss of being ‘strong’ shows you to be short-sighted and economic threat. Kids often can’t see another point of view but adults should.

Bill failed his test and I damn well hope Donald doesn’t end up with the dunce’s hat because it will be us who’ll be paying with a falling stock market, a recession and bigger falls in house prices!

If this happens, Donald could easily end up buried on Boot Hill with Billy the Kid after the 2020 election.