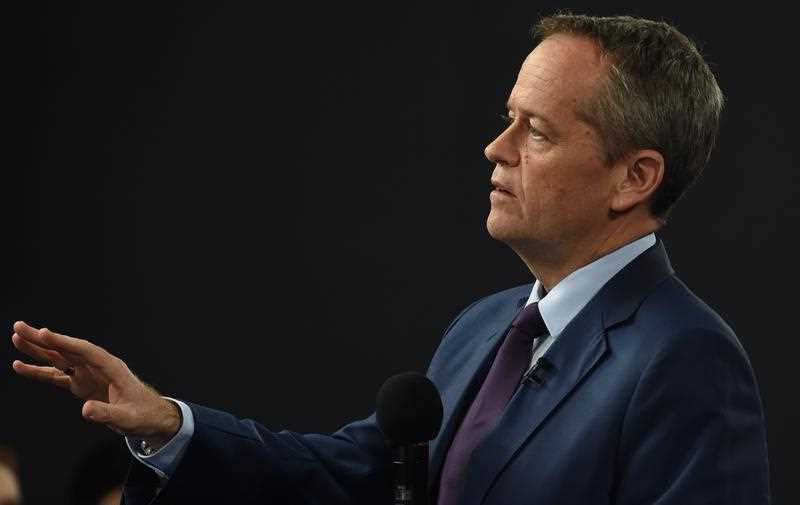 Bill's bank bashing aside, banks are a smart investment

Bill Shorten wants to bash the big four banks into a Royal Commission, particularly for political purposes and that would hurt their share prices. However, even with the negativity that would follow and the short-term unhelpful impact there’d be on their share prices, they remain a great investment.

What’s the difference between a real investor and those who invest short term trying to time the market and the fluctuations of the price of an individual stock? Well, I might get some debate about this but I reckon the latter person is a trader, speculator or to be more graphic — a punter.

On the other hand, an investor is the longer-term monetary supporter of a company on the idea that they’re a believer in the business’s model for growth and income. They go along for a longer ride.

Earlier this year, stock markets were too gloomy, based on excessively negative views on the US, Chinese and global economies, and let’s throw in our economy as well that has produced two 3% or more growth results for the December and March quarters. We shed close to 9% in about 40 days but since then we’ve climbed the so-called wall of worry to be up 12.4%. For the year, we’re up 1.4% and with a good guess for dividends of say 2.5% for a half-year, there’s a 3.9% gain plus franking credits. So stocks have given you about 5% this year so far, provided your portfolio of stocks are as good as the S&P/ASX 200 index, which I based my figuring on.

Banks on the other hand have had a tough start to the year. On Monday on my Sky Business TV show, my colleague Paul Rickard showed that year-to-date, our banks have had shockers, with the big four banks’ returns averaging falls of 4-8%. Meanwhile Bendigo and BOQ saw 18% slides in their share prices!

But is it faulty to assess any company from a short-term view? Often yes, and when it comes to the big four banks, I reckon you write them off at your investing peril. You see with their lower share prices, their predictable dividend and franking credits, these ‘suckers’ are returning over 7% and more depending on the bank.

Let’s take the long-held regarded to be the safest bank, CBA, to check out its likely dividend yield. Based on last year, if you paid the current share price of $76.99 and you took last year’s dividend of $4.20, then you have a yield of 5.25% and if you add in franking credits, we’re talking about something like a 7% return.

Even if the bank cut its dividends, you’d be around 6%, and I don’t think they will, but even then it would be a good investment.

As a long-term investor, non-thrillseeker and non-punter, you need to collect companies that pay you good dividends and above average ones make sense. You see, history shows that a portfolio on par with the index returns 10% per annum over a decade, where you might have two to three bad years, but the good ones more than make up. And of that 10%, 5% is dividends, so if your portfolio is heavy with dividend-payers, you might miss out on the spectacular capital gain of having lots of the growth stocks but you can build up your dividends to say 7% or more, when you pocket franking credits, by collecting bank-like stocks.

I see the smart, careful investor as someone who can cope with their capital going up and down with the stock market, but because they have a consistent flow of good dividends from great companies, it means they can stand stock market volatility, especially in retirement.

During the GFC, our banks cut their dividends by small amounts and most of them compensated with dividend increases in ensuing years.

Undoubtedly, there’ll be better growth investments than banks — companies such as CSL and Ramsay Health Care are cases in point — but their returns have been great with capital growth and these companies are harder to pick.

You could do a lot worse than ending up with 10-20 bank-like stocks in your portfolio when you retire, and buying them when everyone is picking on and slagging off at them represents the actions of a smart investor.

Warren Buffett tells us “be greedy when others are fearful” and vice versa.

Last night on my show, I interviewed Julian Beaumont of the fund manager Bennelong, who talked about companies in his growth fund, but I ended up asking him the “what if your dad asked about investing in banks now for the dividends” question.

He said if that’s the kind of investor you are, then banks look attractive.

I always like companies that pay dividends and if their share prices fall, you at least are still stuck with a good company!

That’s smart and safe investing and it’s not like punting where you hope to pick the next Ramsay!

Even if Bill get’s his Royal Commission and bank share prices fall, then I’d be a buyer of the banks. I don’t ignore the likes of Warren Buffett easily.

I’m not because I wouldn’t be surprised to see a stocks sell-off with the US stock market index near all-time highs and our market up solidly as well since February 10, but I’m not expecting to see a big slump from here.

Let’s get over the Brexit vote on June 23 and the Fed meeting next week and see how stocks respond, but even if you did go in now, I can’t see massive downside from here.

One final point, as I don’t know your individual circumstances, please don’t take this as advice. That said, I’m happy for you to see it as great personal investment education!