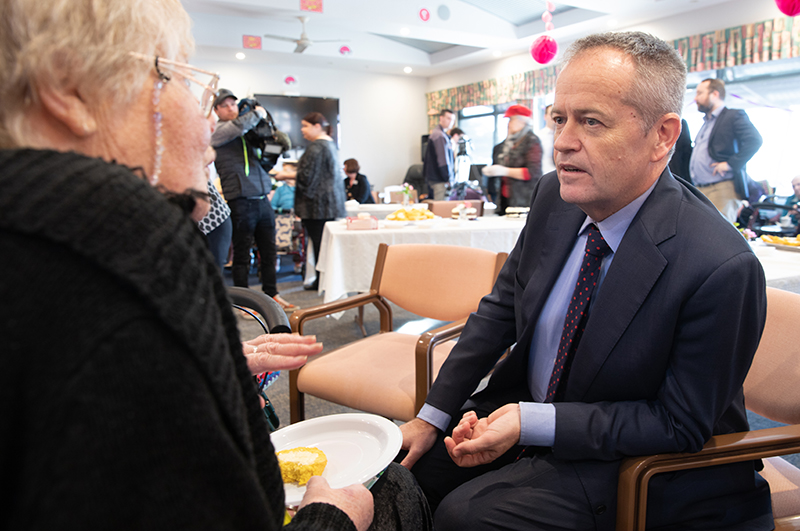 Bill, you need to rethink your retiree refund tax policy

The SMH reports that hundreds of concerned retirees turned up to a parliamentary hearing into Labor’s proposed policy to stop those not on a pension from receiving a tax refund, linked to the franking credits they’ve accumulated by buying dividend-paying stocks.

Hundreds showed up worried that they’ll suffer a substantial drop in their annual income. Dom Smith’s position was cited by the Herald’s story as a submission to the inquiry: “It's going to cost me over $30,000 a year and in excess of 30 per cent of my income.”

Many retirees reluctantly went into shares because term deposit interest rates are so low. So this potentially tough policy looks like a punishment for following the rules and having enough money not to be on the pension.

Other non-retiree investors will get the chance to receive a tax refund from their investments because they pay tax. But the problems for these protesting retirees are that they’re not on a pension and they’re in the best tax bracket of all — the zero one.

More on this in a moment, as an ex-student Labor MP, Matt Thistlewaite, inadvertently gave me an idea that his leader, Bill Shorten, has to think about, if he plans to be a visionary Prime Minister of this great country.

The test of an Opposition Party ahead of potentially becoming a Government is their capacity to listen to the people they lead. The past Labor and Coalition governments have clearly been out of touch with their constituents.

How do I know that? Newspolls killed Kevin Rudd and then Gillard. An election took out Rudd second time around but then Newspolls claimed Tony Abbott and then Malcolm Turnbull. And the irony is that in most cases for most polls the Prime Minister was the most popular leader but in the eyes of the public, his or her government stunk!

With Labor looking very likely to win the next federal election, expected in late May, it worries me how inflexible Labor is on subjects that look ripe for tweaking. The hallmark of the Hawke Labor Governments was the ability to listen to business as well as the natural constituency, namely working families of Australia, as Labor likes to put it nowadays.

I’ve made the point that changes to negative gearing should be re-evaluated with house prices on the slide, bank lending restricted by the consequences of an APRA crackdown on investor loans and the impositions that have come out of the Royal Commission. Bank lending is being restrained, which could hurt the optimistic forecasts from the Reserve Bank that say our economy will grow at 3.75% this year and next. These are great numbers that say unemployment will fall next year and the RBA thinks a 4.75% jobless rate is likely in 2019. It’s now 5%.

The current Government and Labor will have to show us their policies in March after the Hayne Royal Commission recommendations are made public. And these won’t be good for the financial sector’s profitability and the economy, at least in the short run.

Restrictions on lending won’t help demand for houses, cars and other consumer passions for goods and services, so we have to hope that other parts of the economy, such as exports, can help keep the economy strong.

Only yesterday, Goldman Sachs predicted the US economy is cooling faster than expected, and while President Trump’s economic advisor, Larry Kudlow, criticized the forecast, the current stock market correction in the USA reflects fears around the growth outlook of the States.

I mention this because a future Government needs to be flexible. I wouldn’t have worried so much if a negative gearing change had been introduced two or three years ago by a government when Sydney and Melbourne house prices were going ballistic, though Perth, Brisbane and Darwin might have complained because their house prices were falling.

I’d prefer no change to negative gearing but if that’s what the majority wants in a democracy, so be it. That said, the majority needs to be helped to understand the implications of policies. We can’t abide by politicians hoodwinking us to get their hidden agendas through.

By the way, the overall good economic setting here in Australia has taken the Budget Deficit down to around $3 billion and by the time Labor possibly wins the next election, the Budget could be in surplus! So the fiscal fears that might have driven Labor to this policy might be less necessary by May next year.

With this economic backdrop coloured in, let’s look at an interesting revelation from my ex-student, Matt Thistlewaite and his colleague Matt Keogh, who put out a joint statement:

“Labor is cracking down on this unsustainable tax loophole because it will soon cost the budget $8 billion a year, and mainly benefits millionaires who don’t pay income tax,” it said.

Working off those numbers, if the potential take from these tax refunds will soon be $8 billion and retirees with $2.4 million pocket 53% of this money, then 47% of retirees should be able to keep their refunds and a future Labor Government would save $4 billion.

Putting a cap on what a retiree can receive, say at $20,000 or $30,000, could be a fair compromise, which wealthier retirees would hate. But given Labor’s desire to change this tax refund arrangement, punishing those retirees who have saved their way and scrimped their way out of a pension, should not be doubly punished by taking an important part of their retirement income away.

By the way, I’m not talking my own book here, because as an owner of a financial planning business, changes like this means more people want advice! And what financial planners will be looking at will be how they can get their clients on to a part-pension so they’ll be able to receive their tax refunds from investing in stocks. Labor is entitled to change and improve excessively generous tax loopholes. However, they shouldn’t forget a lot of middle-income Australians have become comfortable retirees, who now receive a tax refund but as workers they paid a lot of tax, didn’t receive many government benefits and followed the implied rules of successive governments for becoming a self-funded retiree.

And now they’re wondering why they didn’t spend their money on overseas holidays, imported cars and French champagne!