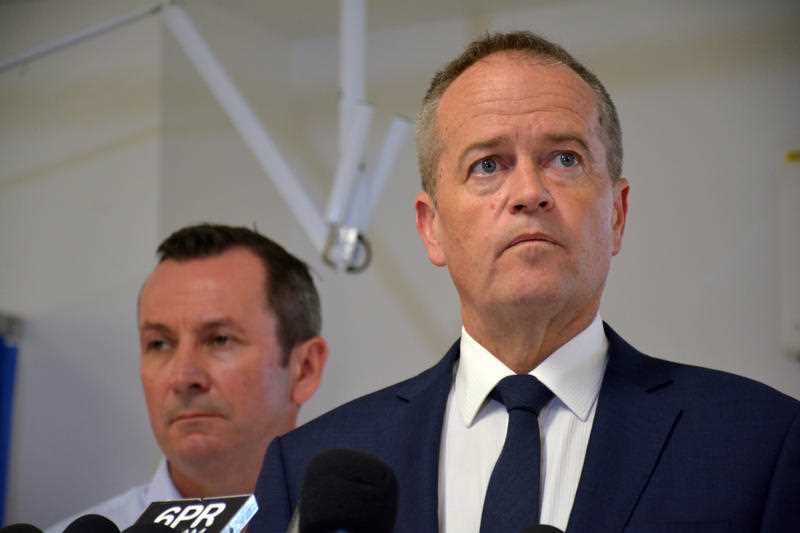 Bill backs down on punishing pensioners and public servants but who does he still hit?

Labor has now backed down on its tax refund reneging, well in part, by saying no pensioner will be hurt by their proposed promise to kill the cash payment from the tax office. These refunds go to owners of shares where the tax paid by the company linked to the stock (30%) is more than what the taxpayer is expected to pay.

Super funds pay 15% tax, so lots of SMSF trustees could get refunds. And then there are a lot of retired SMSF trustees and other retirees outside of super, as well as pensioners with small holding of stocks, all in the zero tax bracket, who’d definitely get a cash refund.

The public backlash has taught Bill a lesson but his back down won’t help retirees inside an SMSF with a moderate level of income. These people who can’t get a pension will have to give up their tax refund if Bill becomes PM.

However, the public servant’s Future Fund will be exempt. During the week, I was asked this question on air and I thought out loud that the Fund would collect a lot of tax credits. I suspected that therefore it would get a damn good tax refund and I now know how good, because Bill is exempting it from his drive to make the ‘super rich’ (as he called them) give up putting their snouts in the Government’s trough!

The AFR says last year the Future Fund received a tax refund of, wait for it, $817 million! The Fund was created by Treasurer Peter Costello to make sure we have enough money to pay public servants’ super pensions. Previous dumb governments thought the tax systems of the future would be able to cover future public servant pensions but Costello’s figuring said this liability to our civil servants was a ticking time bomb. “Cash payments for unclaimed dividend credits accounted for 24 per cent of the Future Fund's total dividend income in 2017,” the AFR reported.

Ironically, as Labor changed the rules for low income investors and super trustees getting tax refunds on their dividend payments, they gave exemptions to not-for-profit and charity organisations but super funds were not let off. Now we learn the Future Fund is a special case.

I should also inform you that the Fund is also exempt from tax as well, so it’s definitely a very special beast! Of course, I haven’t had an issue with this as the Fund was created to help out future taxpayers but it’s when you start seeing who gets special treatment and who doesn’t that you start wondering about the equity of all this.

It’s not surprising that a survey by the Australian Institute of Superannuation Trustees found more than half of property investors think property is a better vehicle for building a retirement nest egg.

This body that represents super is lobbying for changes to negative gearing and the capital gains tax discount and underlines the moves afoot by super funds to make their products more attractive than property.

The timing of this survey is interesting, as Bill Shorten’s tax refund policy is making a lot of would-be retirees start thinking about property as an alternative to super. As a financial adviser, I think diversification is always a good strategy and if someone can have a healthy super balance and a profitable investment property, then they would be comfortable in retirement, provided future governments don’t again shift the goal posts!

The interesting development from Labor’s foray into super is that it has reminded those with long memories and an interest in politics that the Opposition Treasurer, Chris Bowen, has talked about the possible need of taxing super on the way out.

He has expressed concern about wealthy Australians being in the tax-free zone. Given the backlash and the back down that followed, Labor is more likely to keep their future super policy cards much closer to their chests, if only for election-winning purposes!

That said, you can bet the Turnbull Government won’t let Labor forget this super mistake by Bill and his number crunching team. And I wonder if Bill and Chris have had a “what the f**k” discussion, following the media madness and mayhem that has followed their tax refund proposal.

That said, don’t forget that even Scott Morrison has done super goal posts shifting as well, with his $1.6 million cap. And you wonder why we like property over super!