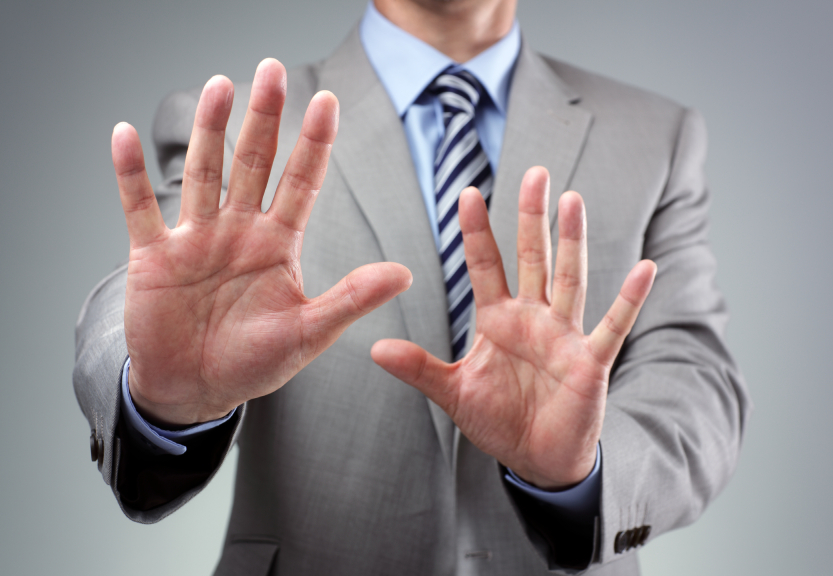 Beware the Budget, the election and the media. They'll make you unhappy!

(There are other studies that find to the contrary but we certainly have seen consumer confidence levels drop since the double dissolution threat has been pulled out of the Canberra closet of Malcolm Turnbull’s.)

We also know that groups such as real estate agents complain that elections aren't good for business. And retailers have joined in the chorus of “oh no, not another long election campaign!”

I know over the years when I’ve done speeches I have referred to how my colleagues in the media are addicted to bad news. You know — if it bleeds, it leads. However I’d always joke that we’re not really negative, it’s the public (you!) who’s negative and we only deliver what you want.

They get the joke but deep down I know it’s funny but it’s true. We seem addicted to bad news. Why are cop shows so popular? Even on the ABC, where I’m told the reading age of viewers is higher, they love programs like The Bill, Luther and other shows that pedal misery, death and disaster.

News and current affairs nearly always concentrates on the negative and the pessimistic and I don’t think too much of this can be good for your psyche.

But I have some good news! You can change from being a pessimist to becoming an optimist!

On one of his BBC science programs that SBS screened for us, Dr. Michael Mosley admitted how he was a pessimist and negative type, who’s always worrying and never sleeps well. He is a career insomniac and admits what he investigates, daily, is often about why we’re obese, unhealthy, depressed, etc., which potentially might not be good for him.

So he posed the question: can a pessimist become more optimistic?

He visited a number of academic institutions in the UK and the US that specialise in helping people convert from the negative to the positive. And as per usual, he made himself the human guinea pig.

Some tests showed that when he looked at pictures of angry people, he was more responsive to objective, subliminal tests than when he saw smiling people. In other tests, the results confirmed what he already knew — he was negative and pessimistic, which probably explained why his brain wouldn’t let him sleep at nights.

Over the course of the documentary, he religiously ‘endured’ exercises to help him concentrate on happy, positive, optimistic things. He also started meditation to help him learn to empty out the stuff inside his head that was attracting him to negativity and guess what?

Yep, when objectively tested some months later, as if he was a new person, he was more responsive to positive stimuli, he admitted to feeling less worried about things, he felt more positive and was sleeping miles better.

My mate Dr. Ross Walker, a cardiologist, is a daily meditator and has always argued that “happiness is the best drug on the planet”.

I suggest you start looking at news from a different point of view. Look for the facts and be careful of excessively negative commentary. Sure you have to be objective but you don’t have to be over-preoccupied with death and disaster.

You can read books or watch videos about successful people, events of high achievement and seek stories that inspire, not make you sorry you got out of bed!

I know stock markets can be bearers of bad news but remember, eight out of 10 years historically have brought good news on stocks. We’re living in an economy where unemployment is falling, jobs are being created, interest rates are historically low, we have grown for 25 years in a row, which is just about a world record and our super funds have returned, according to super expert Warren Chant, 8.1% over 23.5 years!

Work exposed in Fast Company showed a study by economists at the University of Warwick in the UK, which  found “that happiness led to a 12% spike in productivity, while unhappy workers proved 10% less productive.” The research team concluded: "We find that human happiness has large and positive causal effects on productivity. Positive emotions appear to invigorate human beings."

That’s a good reason to stop worrying about some bad months recently and concentrate on being happy.

And if you need some current good news, the oil price was up a little bit overnight and Wall Street liked it with the Dow up again, over the 18,000-level, which is closing in on its all-time, closing high of 18,312.39 in May of last year.

By the way, this year I’m giving Scott Morrison’s Budget not only an economic rating but a happiness rating. For the sake of this nation’s productivity, it better be a high rating!