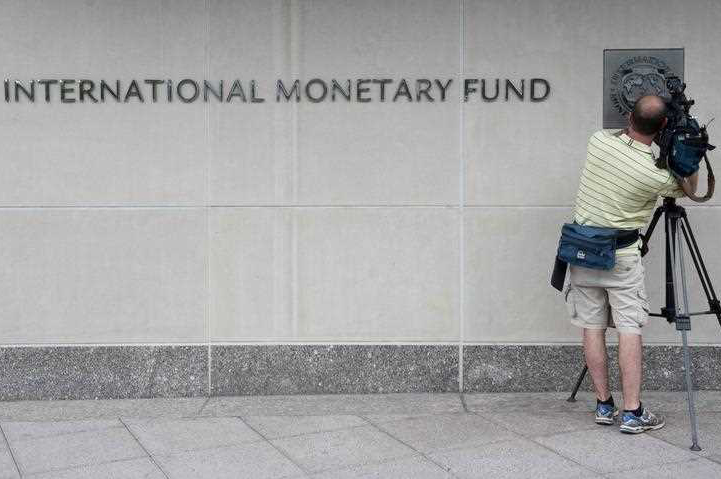 Beware IMF coming! I hope they're not uninformed dopes

The next two weeks are bound to show whether this will be the merry month of May or the miserable. Tuesday brings the Reserve Bank’s decision on interest rates and if you’ve read Fairfax’s economics writer, Peter Martin, it’s a done deal! They’re going to cut, he tells us!

How does he know?

Tomorrow week,  a whole bunch of journalists, economists, accountants, others and myself are locked up examining the Budget. We’re not released until 7.30pm so we can’t leak any Budget details before the Treasurer speaks at that time. No one is allowed to get an advantage that could give them a financial edge. For example, a Budget that was too generous and too stimulatory could weaken the dollar, so a leak could give a foreign exchange dealer an insider opportunity.

How then can Peter Martin be so dogmatic that a rate cut is coming?

At times, there does look like there’s a mole in the RBA who helps the likes of Martin and my News Corp colleague, Terry McCrann, who at times has looked like a beneficiary of an RBA tip off. In contrast, however, there doesn’t seem to be a good transfer of easily accessible information to important institutions, such as the IMF, when it comes to our alleged housing boom!

You see, it’s only a boom in Sydney and to a lesser extent in Melbourne, while the rest of Australia has OK price rises to actual falls! This chart sums up the latest scores: 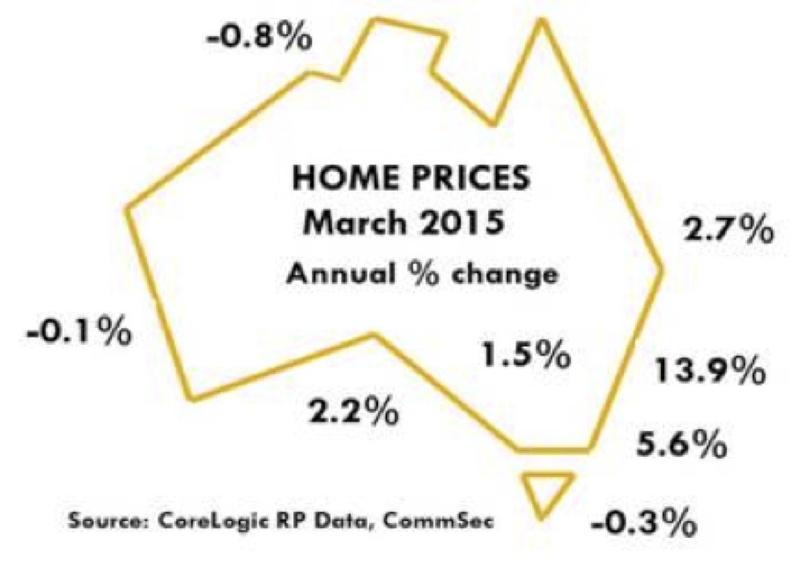 But what really worried me about the International Monetary Fund was what a finance executive told me a year or so ago. Some Washington economists from the IMF or World Bank (I think it was the former but it could’ve been the latter) came here to look at our ‘housing bubble’. The two guys were surprised to learn that our home loans are recourse loans.

That’s industry talk for the fact that borrowers in Australia are expected to pay back their loans. It’s not easy to hand the keys back to the lenders and walk away. Banks can chase hard to force us to live up to our responsibilities, unlike the situation with many US borrowers.

These high-powered economists didn’t know that when they got off the plane from the States. And someone better let the next team of IMF experts (who are on their way here) know that a hell of a lot of Aussie borrowers have been over-paying their home loans as rates fell, creating a substantial buffer in case one day the RBA starts to raise interest rates or we lose our AAA credit rating and banks have to pay more for  borrowed funds and it’s passed on to us.

In the past, the RBA (an organisation not given to exaggeration) has told us that the buffer was quite substantial, suggesting that the low consumer spending has benefited saving, which has come about by borrowers not changing their home loan repayments when interest rates fall.

A Fitch Report says this buffer is smaller than expected but I’d rather see the RBA rebuff their own buffer talk before I’d bet that Fitch has got it right.

There’s a bunch of people telling us to be wary of a AAA downgrade — David Murray, the Treasurer Joe Hockey, some media commentators and others programmed to pedal glass half-full talk. The thinking is that we have to get the Federal Government’s deficit and debt levels down or else we could be downgraded, which would push up interest rates.

However, if the Budget next week doesn’t encourage growth, the deficit will grow anyway. Even the former Treasury boss, Martin Parkinson, says we don’t have to rush back to a Budget Surplus but we do have to see a credible plan outlined in the story Joe runs with on Budget night.

If the RBA cuts rates again, Joe delivers a pro-growth Budget, the media accepts the document as being good for the economy, the ‘feral’ Senate passes the Budget, Greece doesn’t leave the Eurozone, the IMF expert sees that our boom is primarily Sydney and all these peddlers of negative news change their tune, we just might see a better economy result as the year ends.

That’s a big ask. I think it’s possible, though it starts with Glenn Stevens and the RBA tomorrow.

I hope Peter Martin is right, as we could be in for a merry month of May.