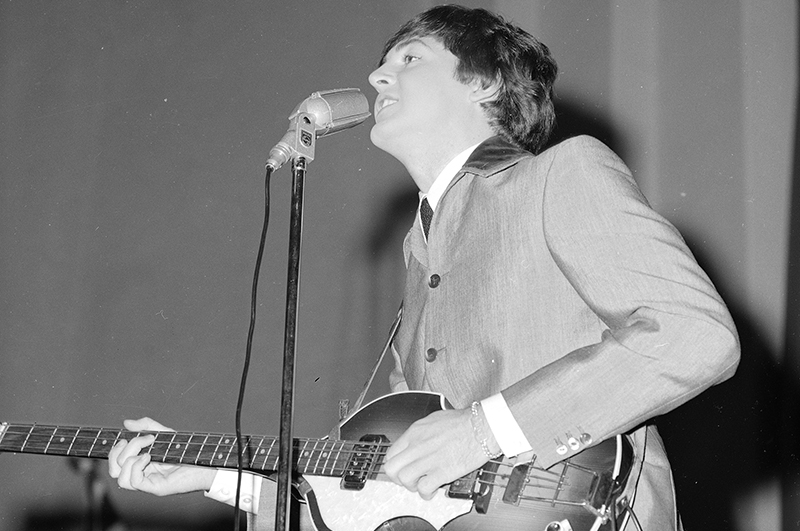 Thanks to the Beatles' Paul McCartney, I’m going to ignore customer feedback and write another story about Donald J. Trump.

I was told during the week that my stories that involve Donald Trump are failing to rate as well when my team look at the open rates. That perplexes me because I find him such an enigmatic character, whose influence on the world could affect everyday Australians, who could lose their jobs, enjoy lower interest rates or see their business go broke!

On the flipside, Donald could help our stocks and super soar, create the growth to build up our Budget Surplus going forward and possibly make or break the political longevity of Prime Minister Scott Morrison.

You ignore this guy at your peril and investors worldwide prove this point every day. This master tweeter, who puts on show his brains or his stupidity daily on Twitter, can drive global stock markets up or down with a couple of usually very basic sentences.

Okay, you might accept my argument that Trump has a role to play in your economic wellbeing, but what in the hell has Paul McCartney got to do with it?

I’ve always loved this tale, which I think I learnt from the great Glen A. Baker (or some other entertaining rock historian) that critics, who really had nothing to justify their criticism of the great super Mac of the Beatles, except that some honky editor made them music ‘experts’, claimed McCartney only ever made silly love songs.

So to tease his critics in the best possible way, McCartney actually wrote a new song called “Silly Love Songs” that, as per usual, went to number one, showing that the great singer/songwriter knew a lot more about the listening public than his critics.

I’m not suggesting I know better than my regular readers, some of whom seem unimpressed, bored or sick of Trump stories but I do need to remind my followers that I try to cover the most important hip pocket stories of the day.

So when the media was over-headlining 40% house price yarns, I had to question the likelihood of that. When Bill Shorten threatened the future of self-funded retirees, property investors, home owners and their future house prices and small business employers who were bracing for a period of higher wages in a slowing economy, I had to cover it.

Similarly, if Donald Trump is prepared to create a full blown trade war that leads to a world recession, a global stock market collapse, a rise in the local jobless rate, a huge spike in bankruptcies, possibly a 40% collapse in house prices and probably extreme political ramifications in vulnerable countries, then I simply have to call it out.

Right now, the consensus of the majority who drive Wall Street believe a trade deal will happen and that’s why the stock market has not collapsed. But if this collective opinion changes, we will see a crash of stocks.

This could lead to a recession and a huge surge in unemployment. And the potential economic and social carnage could only appeal to the misguided socialists and Marxists, who have been carrying the can for Karl and Lenin for decades, hoping that one day these smart men would be right.

History has shown me that smart men and women can be wrong and it’s usually when they allow their passionate beliefs to get in the way of their objective analysis. Some people can’t actually analyse objectively because they simply can’t kill off what they want for society or themselves and their intellectually-over-influenced ego.

To ignore Donald Trump and his economic and market influence is folly for someone like me. Why? Well, if I thought Donald’s madcap hi-jinx was going to result in recession and a stock market collapse, I’d have to publicly call it. That’s what my readers want from me so I can’t ignore this guy because I like him or think he’s a dope.

Trump is the most powerful politician of the most powerful country in the world and he goes head to head with the guy who would be him — Xi Jinping. And what they decide on trade will affect you and me, positively or negatively.

To you it might be a silly little political disagreement but to me it could determine the growth of my country’s economy, the length of our dole queues and the success of my business and others out there, which make their employee’s dreams come true or not come true!

That makes Donald and my coverage of him more than just a silly little story!

Gee, I hope the people I’m talking to actually open this article up!