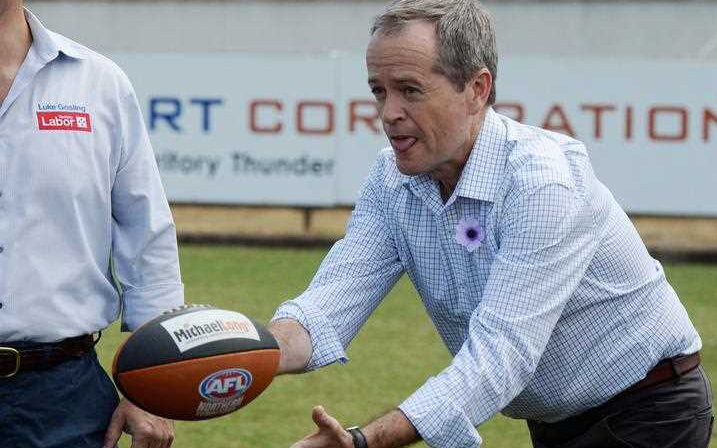 With footie season not far away, I’ve been thinking about the political football that Bill Shorten wants to kick around — his Royal Commission into the banks. Sure, politicians need issues and selecting one that appeals to most people — bashing banks — seems pretty sensible, if not predictable. 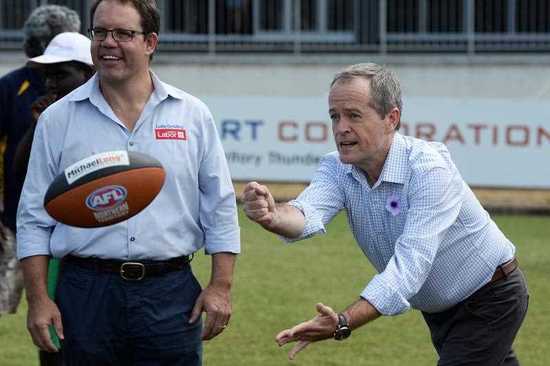 However, what else is predictable is this preoccupation of politicians being prepared to waste $53 million (that’s what Royal Commissions cost) to win an election and get themselves a pay rise.

You see, Bill Shorten and most of his colleagues spent two terms running the country and Bill was Minister for Financial Services and Superannuation and no great changes were put forward then. And are you telling me with that experience that he wouldn’t know what he thinks is wrong with the banks? There has also been a David Murray inquiry into the financial system, which underlined areas where changes should be made.

But don’t stop there, there’s a pretty well-informed body called the Australian Prudential Regulation Authority (APRA), which recently didn’t like how much banks are lending to property investors and effectively put a cap on it per bank!

My point is Labor can easily determine what’s wrong with banks and then make the promises before an election. The problem with that is that objective economists and industry experts could model the changes and reveal that the reforms look great politically and socially but not economically!

It could lead to less business investment — especially foreign-sourced, which of course we need in order to push along economic growth and then jobs.

I’m often giving Malcolm Turnbull advice on becoming a more credible leader and now it’s Bill’s turn — give us Labor policies that create jobs and growth because these two things not only will help repair the Budget but they will deliver social reform.

A fast-growing Australia will give unemployed young Australians jobs and hopefully break a lot of the tragic family situations where successive generations don’t have a job and live on welfare.

Right now the world (not just Australia) is tired of politicians promising the same old things. Their track record has pushed them into the hands of Donald Trump and Pauline Hanson, who are promising things that a lot of people like.

The Trump test will be his first four years but Wall Street might only give him 100 days to prove that he can deliver on his promises. Right now, they like less bank regulations, more infrastructure spending and lower company taxes and while it looks self-serving to big business, it also looks economically sensible for jobs and growth.

Fortunately for our sake, Malcolm, while performing badly until a couple of weeks ago, has over two years to show us that a pro-business political model can deliver not only jobs and growth but better social outcomes.

The NAB boss Andrew Thorburn took a team of executives around the country recently and this is what he concluded:

"There's growth in the economy, there's jobs being created, there's prosperity around Australia."

I liked the fact that NAB, the Commonwealth Bank and ANZ reported lower that expected bad debts this month, which adds to my “it’s getting better” picture I’ve drawn for our economy using economic statistics. It’s a pretty picture.

Good stuff is happening like higher commodity prices, a better global economic outlook, interest rates are starting to rise to reward savers rather than borrowers for a change but rates still are historically low. And in case you missed it, unemployment fell last week from 5.8% to 5.7%.

The banks don’t want a Royal Commission because it will cost them. The accounting, legal and PR costs would run into the hundreds of millions across all banks, as they prepare for public scrutiny.

So that’s the test for the PM and the banks over the next two years — get it right so Bill doesn’t have a political leg to stand on when it comes to his Royal Commission.

Of course, I’d love to see him come up with policies that only appeal to lefties. Right now, Labor has lost left supporters to the Greens and the Coalition has lost voters to Pauline but only great leadership from both major parties will bring people back to the fold. And by the way, older Labor voters, who have diligently built up their super and maybe bought some investment properties, have started voting Liberal or for Pauline, as Labor chases lefties.

Maybe the banks new lobbyist, ex-Queensland Premier, Anna Bligh, can help her Labor buddies come up with a better banking policy that won’t cost over $50 million!

Our banks need reforming, as many businesses do, but I know what’s wrong with them and so does the Coalition and Labor. We just need two leaders who can convince them to change.

On the flipside, I know what’s great about our banks and not going near broke in the GFC, like many banks around the world, is one great thing. This saw them in the top 10 safest banks in the world and partly explained why we didn’t go into recession — no other Western economy avoided that!

A recession would’ve taken unemployment to 10% plus, while our jobless rate didn’t breach 6%!

The next two years will be interesting for the banks, Bill and Malcolm, with jobs and growth critical to who wins.