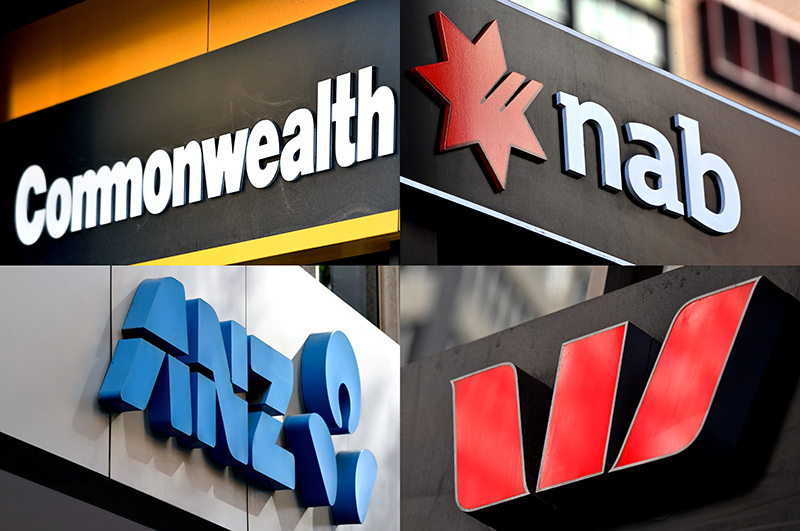 Bank haters are too one-eyed

A critic calling himself “Mick” called me a “spruiker” for writing a piece about someone in charge in Canberra telling the banks to start lending sensibly and stop allowing the nanny state to undermine the economy. At first I was offended, thinking this second-rate heckler was stupid enough to think I was doing the bidding of banks, developers or even real estate agents.

On reflection, however, I recognised that I am a ‘spruiker’ and what I’m happy to talk up is the Australian economy, the people in it who take risks, make profit, create jobs for fellow Aussies and make it possible for more of us to do what we largely want — own homes and have a materially comfortable life.

Anyone praying for a housing collapse, the failure of banks and a new regime where the wealthy are brought to book, are not only uneconomic, prized morons, they don’t realise that we’re all accessories before and after the fact when it comes to what banks have got up to over the past centuries!

When people used to whinge about the banks in the past, I’d say that in the absence of any government to have the guts to change things, then the best way to get even with a bank was to buy its shares!

A virtual conga line of past Ministers, which includes Bill Shorten and Scott Morrison, failed to check the bad actions of the entire finance sector, though not all participants were dishonest brokers. So we needed a Royal Commission to get governments to act.

And don’t think you were guiltless if you’ve been happy with your super returns, as many of these have been driven by the stock market. The sector was once close to 50% of the S&P/ASX 200 index. Because of the post-Commission clobbering, the Trump trade war and APRA’s policies to shrink investor borrowers, now it’s down to 32%.

And if you secured a bank home loan to buy a house in Sydney and Melbourne more than seven years ago, well those ‘nasty’ old banks probably put you into your home and then made it easy for the country to maintain its obsession with real estate that drove prices up about 80% in five years! And it made anyone reading this, who was in that boat, very liquid/rich indeed, even if it’s only on paper.

Banks haven’t always done the right thing by me and I’ve got some nightmare tales that would rival other bank haters out there but I know they’ve given me overdrafts so I could pay staff because big end of town clients liked to take 120 days or more to pay their bills!

Some great bankers have shared our dreams to educate small business and bankrolled lecture tours and one even asked to sponsor my book 350 Ways to Grow Your Small Business after its 3rd edition. In fact, while you might be able to build a case to not like banks, you need to understand that there are likeable bankers out there who help businesses, entrepreneurs, households and the economy fulfil their potential, which I think helps with an important thing called happiness.

Also, the role of banks in credit creation, which drives the growth of our GDP, jobs, income, tax revenue, the social works of government departments and social welfare, shouldn’t be forgotten. Banks get some things wrong but they get a lot right in pursuit of profit and shareholder value and it was the absence of a lot of bank-related drivers that in part explains why communism failed hopelessly in the 20th century.

Back in the GFC, the then Government backed our banks but the cost of doing that was more than made up for because we didn’t go into recession and our banks’ balance sheets were no way as bad as their foreign counterparts, which had gone long collateral debt obligations, which KO’d the global financial system.

These ‘bastards’ of ours — the Big Four — were in the top 10 banks in the world and were an important reason why unemployment topped out at just below 6% and why we avoided a recession, while the rest of the world lived through what the Yanks called the Great Recession.

Sure, the Government and China’s growth fuelling a mining boom helped but if our banks were basket cases like their US counterparts, we would’ve seen a lot more people out of work, more bankruptcies and people like Mick would have had real reasons to call me a spruiker if I was talking them up.

There should always have been a financial sector consumer claims tribunal, where there are no lawyers and where a mistreated consumer could get help punishing bad and unfair behaviour by those from the financial community.

Believe it or not, the Government has created such a body called AFCA — the Australian Financial Complaints Authority — but they’re not talking it up. This underlines how poor the Coalition has been at marketing their strengths, though the opposite is the case when it comes to airing their dirty linen!

Anyone who wants a healthy economy has to want banks to be lending better than they are now. Banks are worried after seeing their brands and reputations battered but they are overreacting. And anyone who disagrees has no insights into what’s going on in this industry right now because they only have one eye and their hate for banks is philosophical and not economic!

In a democracy, these people are allowed to be short-sighted but we don’t have to take their uninformed, dumb comments seriously.

One last point. In the month before the Royal Commission started to tell us some disgraceful untold stories about the finance sector, this came out: “New results from Roy Morgan show that customer satisfaction with banks in the six months to January 2018 was 81.2%, up from 80.8% in December. This represents a very positive result for the banking industry as it follows the increase seen in December and is the best figure seen since June 2017. It is now also well above the long term average of 73.8% calculated since 2001.”

This survey of 50,000 shows four in five Aussies were not seeing themselves as suffering losers, browbeaten by big, bad and dangerous banks. But it does say one in five weren’t bank fans and some of these were obviously the poor blighters who unfortunately starred in the stories of the Royal Commission. However, these numbers do suggest that a lot of bankers must have done enough for four out of five customers not to complain about them and to give them the thumbs up.

Mick might call this ‘spruiking’ but I call it looking at an issue with perspective and understanding the importance of banks to our economic future.