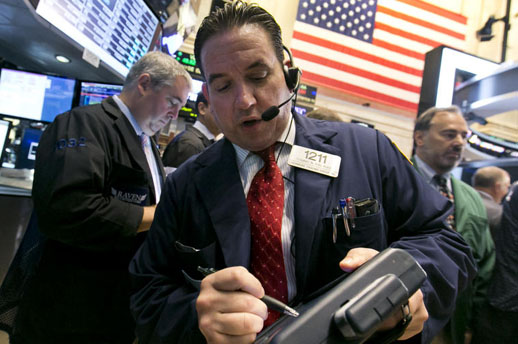 European holidays became a little bit cheaper after the European Central Bank’s Mario Draghi talked about inflation expectations not rising as quickly as he’d like. This took the euro down and helped Wall Street register a strong gain.

The Dow finished up a whopping 326 points (or 1.9%), which should prove to be a positive shot in the arm for our stock market today, which has seen two days in a row of U-turns to the upside, after starting the day down. This is a pretty good omen for anyone hoping our stock market can sneak higher between now and the end of the year.

Okay, let’s try to work out why stocks headed higher because it looks like we’re still in this crazy post-GFC investing world, where bad news is good news!

As you can see, that inflation disappointing on the low side led to Draghi’s comments, which saw the German and French stock markets head up over 2%. Why? Well, the slow European economy is not creating enough overall positivity to build inflation up, so there could be another interest rate cut for the Euro zone and more QE.

Bad news was good news for stocks in this crazy world.

The same story happened in Japan this week, with QE not helping the economy enough to bring great trade numbers. The conclusion was that more QE was coming and the Nikkei stock market index shot up. Bad news was good news for stocks again!

By the way, it doesn’t seem to work here in Australia. Bad news, such as falling commodity prices, means stocks fall. I’ll try and work that out one day but at least we benefit from our small country characteristic of playing ‘follow the leader’ with Wall Street.

So what bad news made Wall Street rise overnight? Here’s a list of causes:

This is clearly a case of ‘bad to ordinary economic news’ is good news for stocks.

The pattern is there that QE is underwhelming so central banks have this mentality that “if we fail, then try, try again”.

In the cases of Europe and Japan, they’re relatively new to the QE game. I recall the US taking time to react to the easing program, so these economies are being given the benefit of the doubt.

In the case of the US, the economy there is doing OK, when we really want it to go gangbusters. The rising greenback has taken away one of the economy’s big stimulus factors and that partly explains its less than exciting economic performance lately.

Fortunately, the world of smart investors has not concluded that QE programs don’t work. The feeling is that they take longer to work when central banks use them to beat a once in a century potential Great Depression!

I’d love the stock market to roar ahead but we have a lot of jaded consumers and businesses out there and it will take time to change negativity into positivity. Time is still on our side and I hope over the next year or so we get a greater belief that economies are responding to QE. If they don’t, another recession will come along but, until then, bad news will be good news. You can make money out of stocks but there’ll be a lid on how much you can make.

The GFC plus QE has led to a slow economic growth cycle, which creates slow rising stock markets. When economic growth picks up, so will stock prices and that’s what’s going to  make or break this very sluggish bull market.

This long year chart of the S&P/ASX 200 index shows we’ve been going up since March 2009 but the slope of the rise is shallower than the rise from 2003 to 2008, which then brought the GFC crash. The one pay-off of a small rise in the stock market might be that it will take a long time before we see a crash. If one did come, it might not be all that deep! 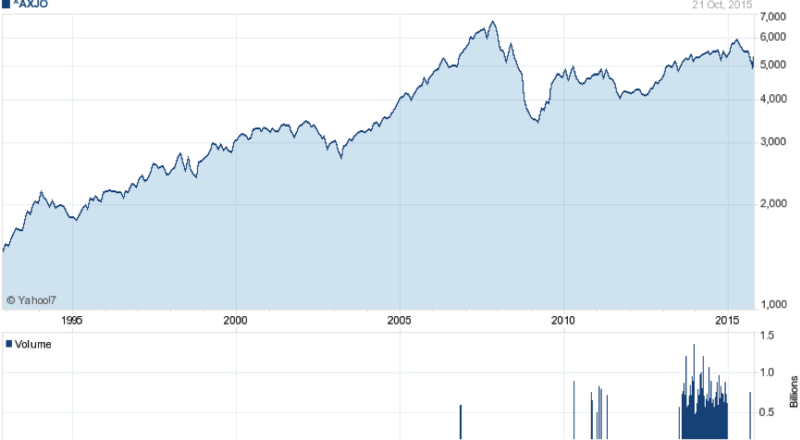