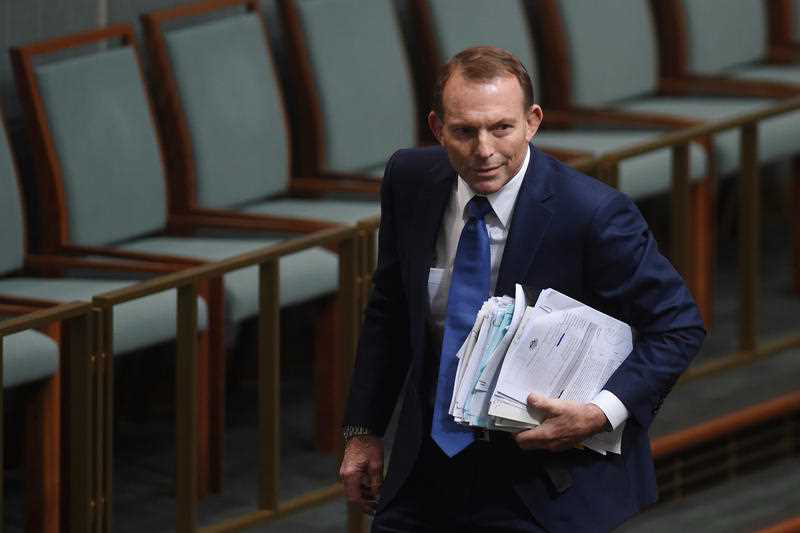 Back off Tony! You'll hurt the economy

The Federal Government and the Liberal Party could be set to ruin the one thing these ‘guys’ have got right since they dumped Tony Abbott for Malcolm Turnbull — the economy! Therefore, someone in Cabinet with guts or a group of prominent Libs has to step up and tell Tony to back off.

If there’s no one with those kinds of rocks in the Libs, then maybe it should be Barnaby Joyce. Of course, it should be Malcolm Turnbull but a grubby brawl with Tony would get ugly and at least he has made it clear that he’s not going to tolerate the ex-PM’s posturing about his pre-selection reform plan.

On Saturday, Malcolm’s plan (though similar but broader than Tony’s), got up at a Lib’s meeting. The PM’s joint reform motion, with the New South Wales Premier Mike Baird, was broader in scope than Mr. Abbott's motion, which focused on giving each party member a vote in choosing candidates.

This stoush has collided with the gun story that involves the sometimes ‘lost in translation’ Senator David Leyonhjelm, who apparently had a deal to let an import ban on the high-capacity Adler shotgun lapse. The Senator was to get his way if he voted with the Government against an immigration bill amendment put forward by Labor.

Mr Abbott says he had no idea about the deal but only his greatest one-eyed fans would believe him.

All this is irrelevant to me. The big issue is whether Tony Abbott is really worth the big blue this will create politically. And is he worth the economic damage it could deliver?

When a lot of my right-wing, Abbott-loving and Turnbull-hating media colleagues ripped into Malcolm for achieving precious little in his first year, I made the solitary but important point that the economy got better under Turnbull.

Some of it would have happened anyway. I get that. I am an economist. However, the confidence effects of no squabbling in Canberra and the hope that Malcolm brought was positive.

Let me give you both the business and consumer view on what the PM changeover meant.

In this graph above, look at the way confidence was shot to pieces just before October, before Malcolm’s victory. It fell in the long election campaign but rebounded to levels not seen when everyone thought Tony would be a ripper and winning PM.

Also, since Malcolm has gained the top job, economic growth has entrenched itself over the critical 3% level where unemployment falls. So why would you want to muck around with this simply to get Tony Abbott as PM?

The chart below shows how economic growth was around 2% under Abbott when he copped it.

And even though Joe Hockey’s budgets helped produce the 3% growth we see now, why would you want to give Canberra a crisis of confidence on the country’s leadership now?

I like Tony Abbott and I also like Malcolm Turnbull. I know them both but this is not a time to change PMs. The country has had a gutful of it and it explains why we have some pathetic and embarrassing election results and elected representatives.

It’s time to back off Tony for the sake of the economy and the people who live in it.