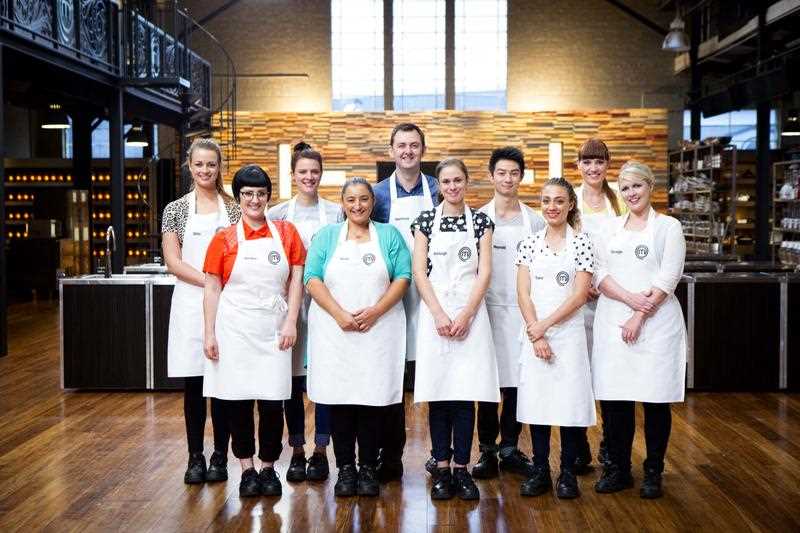 Australians couldn't give a fig about getting wealthy

Yesterday I complained about how we ignored the RBA’s minutes from its last meeting but low and behold the headlines from business websites this morning actually are leading with “Fed Minutes Push Markets Up” or words to that effect. And it makes me ask the question — just how serious are we Aussies about money and wealth building?

In case you are serious about money, and say you are invested in the US stock market, well the story is that the minutes from the last interest rate meeting for the US Federal Reserve showed that important voting members seemed committed to a rate rise in December.

"To me, the minutes were unusually clear," said Jeffery Elswick, director of fixed income at Frost Investment Advisors. "They seem to be leaning toward a December rate hike."(CNBC)

That sums up the reaction to the minutes but what was surprising was the market response. The Dow finished up over 200 points! There are those who think the first rate rise since 2006 in the USA should create market chaos but the consensus of market traders today disagrees.

Marcel Von Pfyffer from Arminius Capital has changed his mind, now thinking a rate rise in December is likely rather than next year and he thinks stocks rise for most of this year rolling into February. If he’s right and the indications from Wall Street overnight are good pointers for that then we might make some money in coming months after copping a drubbing since April. 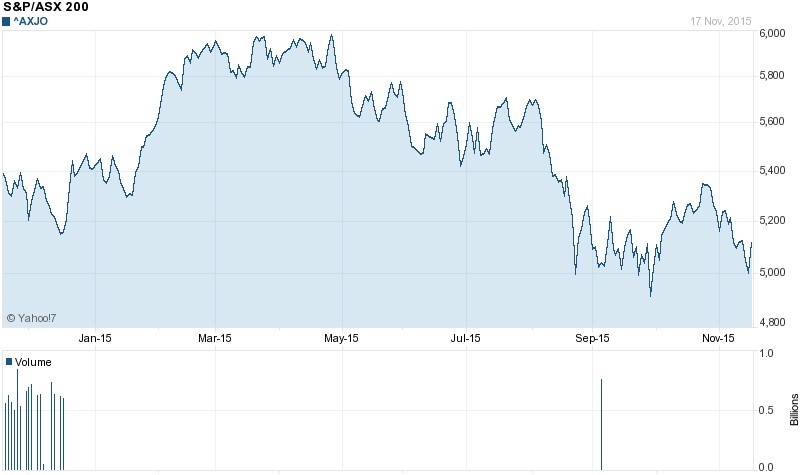 This chart clearly shows the shocking story but those serious about making money and building wealth always remember this chart: 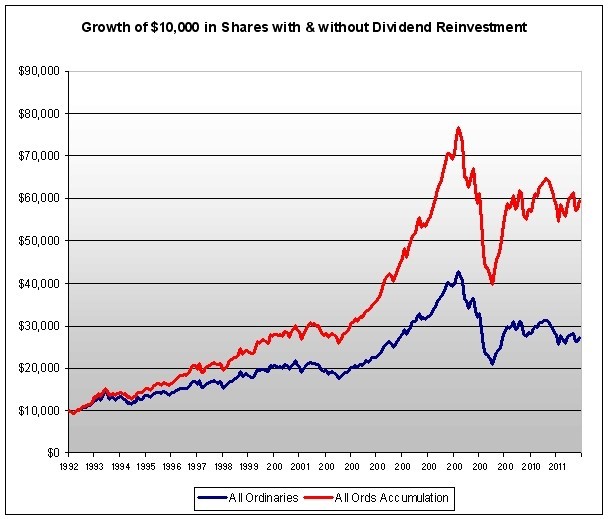 These kinds of results are possible for nearly everyone but you have to be committed to finding out the information that will make you wealthier. There is an amazing list of smart things you can do to get richer but most of us allow ourselves to be distracted by crap. Just look at the headlines in newspapers, magazines and websites.

These media products are simply serving up what customers want and clearly we want entertainment more then we want wealth! I think a lot of current affairs stories are virtually a real- life soapy that has virtually no positive effect on our lives. In fact, they tend to have negative impacts.

I asked an audience the other day where I was doing a speech if they preferred to be rich rather than poor and nearly everyone put their hand up to be rich. Some people were busy checking their smartphones — aren’t they misnamed for some people? — and others were just hearing but not listening, which is not a good habit for wealth-building.

Most preferred being rich and so I then asked who watch great TV shows such as Master Chef and My Kitchen Rules and lots of people put their hands up. To that I said to them: “What a bunch of dopes!”

I know it was a risk to insult an audience but I thought I had them onside — they were mortgage brokers hell-bent on becoming better at broking and richer. I then said: “If you want to be rich why would you watch those shows when you could be watching Switzer on the Sky News Business Channel instead?”

Yep, I got a good laugh but I also made the point. If you want to overload on entertainment you could end up poorer than you’d like. If you run a business and you don't read biographies of great business builders such as Richard Branson then you are a worry to yourself and a burden to others.

Business owners should get business coaches. Wealth builders should have a trustworthy financial adviser or do the reading to advise themselves. Those who want to go up the corporate ladder should read about successful CEOs, take leadership courses and develop a charismatic personality. Leaders need that sort of thing — ask Tony Abbott.

Jim Rohn once said words to this effect: “Work out what you want. Find out the price. Pay the price!”

If you are reading this story and you go to our website then my moralizing does not apply to you but make sure you spread this message to people you love or lead.

Remember garbage in means garbage out and you don’t end up rich with garbage unless you start a recycling business.