Aussie retailers are on death row. Does anyone care?

Australia got some ordinary retail numbers in one of the best months of the year — the mostly pre-Christmas 31 days of December! Of course, not all retail did badly: clothing sellers are under pressure but takeaway food businesses are eating up nice profits.

In a great look at the rag trade, author Eli Greenblat wrote a neat piece in The Australian entitled: “Clothing unravels as retail stalls.”

I’ve been anticipating the ‘you know what’ was going to hit the fan for retailers and it’s laughable how unions and Labor can ignore the arguments against ridiculous penalty rates, when Sunday is no longer what it used to be.

In a world gone mad with double-worker families, childcare, Saturday sport for kids, dads ditching the golf clubs for early morning rides on bikes wearing lycra to be around for the family on the weekends (unlike many of their fathers) and the lure of buying online in a time-poor world, retailers who play an old game are on death row.

And it’s made a whole lot worse by the invasion of the European price-competitors such as Zara and H&M. Both the online and offline landscape screams at retailers to do something huge to get customers to love them but many just can’t cut it. 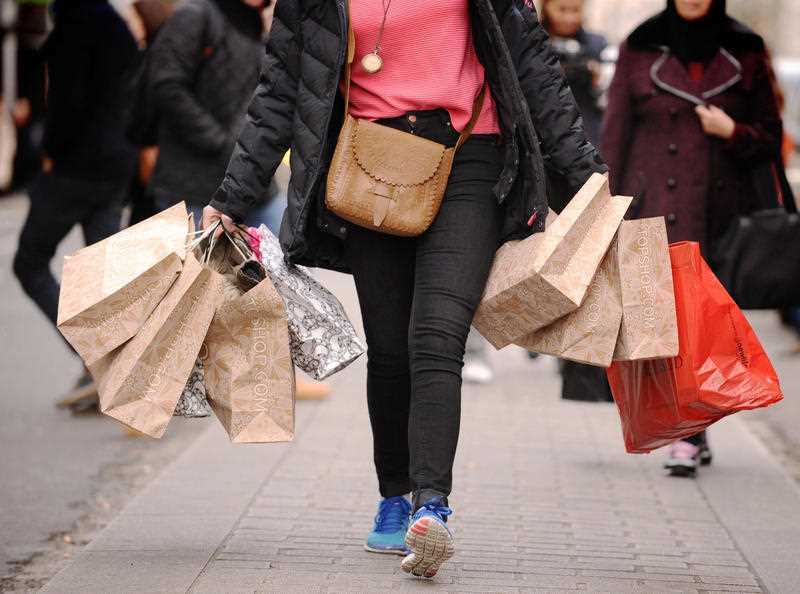 I know a bookshop that’s surviving but doesn’t accept American Express. It doesn’t have it and charge a surcharge; it just doesn’t accept the customer who wants to use an Amex card! When I don’t buy online, I like to go to bookshops. As I rummaged for my Visa card in another shop, the owners said: “We accept Amex and don’t charge a fee!” I’ll go back.

Post-Christmas businesses often go belly up after having a poor holiday sales period and carrying debt makes it worse, with consumers going on a temporary buying strike after going mad with their credit cards and splurging on their holidays.

But it’s more than that.

Matt Jensen, founder of menswear chain MJ Bale, says discounting has been big for months and consumers love it.

“Over the past few years, we’ve seen a lot of international brands — both online and offline — enter the market, all competing for what is essentially a finite amount of consumer spend,’’ Jensen told Eli.

He also made the point that clothing retailers now compete with food outlets because I think we’re addicted to coffee and smashed avocado or bacon eggs at trendy cafes!

Walk down King Street Newtown or Chapel Street Prahran and see the cafés loaded with people, trading off clothing sales for coffee, food and booze.

This is a dog-eat-dog retail world and the consumer is king but so many retailers treat them as stable hands and scullery maids!

They’re not helped by Labor and the unions, who don’t seem to care that they have less members or voters, as long as they represent the ones who are left.

Australians are used to a good lifestyle, with OK wages and great pay compared to the USA. For an American worker with health insurance coverage from his or her employer, the hourly rate is $US7.25. For a worker without medical coverage, the rate is $US8.25 an hour!

Competition is great for consumers. We can buy Uniqlo clothing for unbelievably low prices but it means local suppliers have to become more price competitive, workers have to be more efficient and/or receive less pay.

Having politicians with the guts to talk about penalty rates, the threat from overseas competition and what we have to do to ensure we create and keep jobs at reasonable pay scales is a public discussion we have to have.

Eli referred to Steve Kulmar, founder and analyst at consultancy RetailOasis, who said “the overseas retailers will force local players to lift their game, and those that fail to do so can quickly find themselves going out the back door.”

Recently I saw a Country Road store in Albert Park, Melbourne, that has a barista and café at one of the entrances — that’s innovative and the action has brought this free plug. On the other hand, I saw shops closed on Sunday that had products my wife wanted to buy. They had no apparent website or phone number to make sure they didn’t lose people like my wife.

These people are bad retailers and weak job creators but they’re not helped by a wage system that’s ignoring the Internet, global pay and job threats and foreigners who are beating down the door to win our consumers over.

Aldi, Costco, Zara, H&M, Topshop, Uniqlo and others, especially at the high end, are doing it already. What’s more worrying is that the greatest category-killing retailer of all-time — Amazon — is coming to Australia soon. That’s when it all will become even scarier for poor retailers and their staff.

When I saw the arrival of the Internet and then delighted in the wonders of online shopping, I wrote how it’s great news for consumers but a huge threat to wages and jobs.

Sure, retail jobs are disappearing while they are appearing in fulfillment at places like Australia Post, Startrack Express and FedEx. However, wage rates aren’t rising. For some, they’re falling.

Everybody has to get real and we need politicians who talk us into understanding the new world we live and work in. And retailers have to remember what marketing consultant Martin Grunstein always tells his clients: your marketing has to answer the question: “Why should I buy from you?”

Ironically, this is a question that both workers looking for a job and politicians looking for voters need to think about in this very different employment and business world we live in.