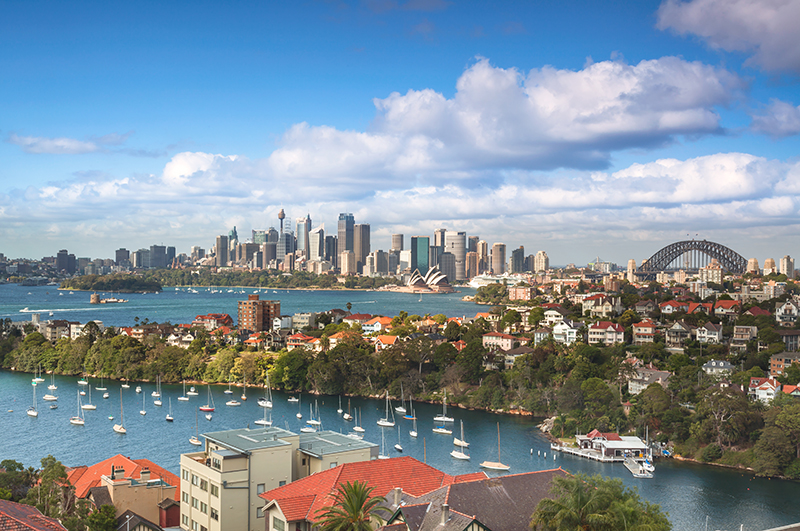 Auction clearance rates dive - is it all Westpac's fault?

Sydney’s auction clearance rates slumped from 70% to 65.1% in one week and Westpac is copping the blame. Is it all the bank’s fault? And how will the Reserve Bank respond? Could they cut rates on Cup Day, which historically has been a rate-changing day?

In case you’ve forgotten, the actual clearance rate was 82% going back to July and has been on a slide over the past few months. The drop steepened last week and Westpac and its announced 20 basis points interest rate rise on home and investor loans is seen as the root cause.

But is it an accessory after the fact? Could Westpac argue that the Australian Prudential Regulation Authority (APRA), David Murray’s Financial Services Inquiry and the Abbott Government worked together to force its hand?

The upshot of these three groups’ actions has meant that our big banks have had to go to the stock market with more shares to build up their capital on their balance sheets. This money will be pitted against the banks’ huge growth in loans, which arguably were grown by the banks in pursuit of profits.

But wait, there’s more to the story.

This loan growth was encouraged by the Reserve Bank and the previous Labor Government to get our economy to grow faster, as the mining boom started to peter out.

To be totally accurate, I don’t think the Abbott Government wanted to cook the golden goose, which was the housing boom, but along with the RBA, they were worried about the house price growth that has come out of home loans that have gone as low as 4%!

(I can’t believe where rates are and I can’t believe that our own Switzer home loan, even for investors, is 4.19%, while for owner-occupiers we’re at 4.09%! We’re living in rare home loan interest rate days.)

Collectively, the Government, the RBA and APRA prompted by the Murray Inquiry are worried about how exposed our banks would be if another GFC came along. And right now, there are Basel III ‘impositions’ on the banks of the world to ‘voluntarily’ improve their capital on their balance sheets.

This has led to a run of banks going to the market with what are called capital placements. So the Commonwealth Bank raised $5.5 billion, ANZ Banking Group $3 billion, and NAB $5.5 billion in May. Meanwhile, this $3.5 billion capital raising announced last week from Westpac follows their $2 billion raising in May.

The actions of more shares on the market have hurt bank share prices but it has also raised the dividend yields for bank shares, so anyone buying new bank shares at these lower prices is getting great yields.

Still, there has been a cost impost on current shareholders, so now the pain is being extended to Westpac borrowers. All the smarties think the other banks will follow suit.

If this rate rise continues to spook new homebuyers, then all home owners could be hurt — wealth-wise — if house prices eventually fall, or rise, at a much slower rate.

The 20 basis point rate rise from Westpac was called by Treasurer Scott Morrison as “gouging” and bank balance sheet experts think a 10-15 basis points rise might have been needed to cover the cost of these APRA-imposed capital raisings. That means there’s at least 5 basis points of gouging.

The more damning issue is that both the CBA and NAB raised $5.5 billion in May but did not try a rate rise! These two banks might be raising more capital soon and that’s when they could play follow the Westpac rate rise lead.

Another issue is what will the RBA do on Cup Day? It could cut the cash rate on the first Tuesday in November, while we’re trying to pick the winner of the big race. If the banks don’t pass this on, then it will not give the economic bang for the buck that a central bank wants from a rate cut, where banks also cut their rates.

The cash rate reduction would take the dollar down and that would help the economy but this surprise Westpac move has certainly come as a surprise curve ball that not even the RBA would have been expecting.

Certainly, there’s a lot of different fingerprints at the crime scene where the housing sector has been nobbled but, as a first-mover, Westpac is going to be seen as the prime suspect.

The only thing that will deflect some of the bad press will be if its buddies in the Big Four follow suit. I suspect that will happen but they might not rush to become the focal point of the public outcry.

How the RBA responds is going to lead to a lot of speculation and it will be interesting but I’m hoping this hit to housing does not materially hurt the economy.

That’s when the bank-bashers will take up their cudgels, big time!