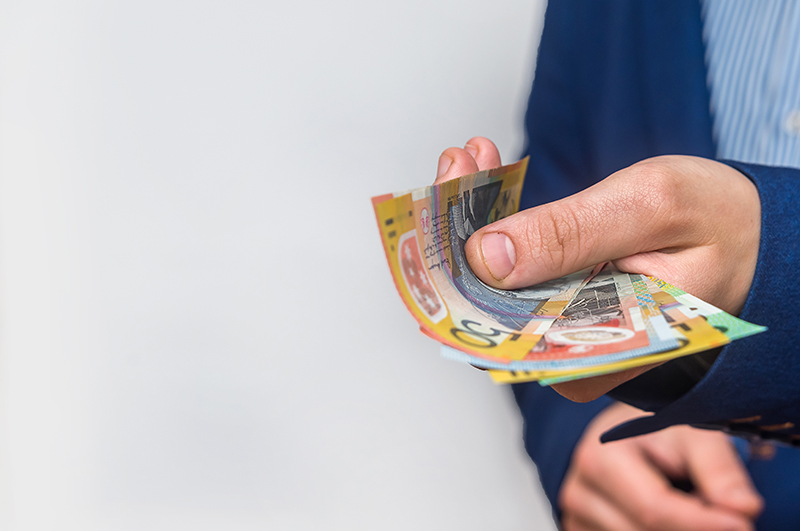 Are you a money tosser?

The greatest lesson anyone can learn from yesterday’s second cut in a row of the Reserve Bank’s cash rate is don’t go into a bank and accept its standard variable interest rate. The lowest rate of the big four banks is 4.92% but other lenders have taken their rates as low as 2.99%!

Yep, that unbelievably low rate is from a little known mob called Homestar, which has a Star Essentials Home Loan. Virtually, there’s a 2% difference in the rate someone might pay purely because they don’t read me each morning or they don’t do their money homework before playing ball with financial institutions!

In a sense, someone’s decision to not read the likes of me and to be seriously interested in getting the best money deal possible, has effectively decided that they don’t mind being overcharged, don’t mind having barriers to saving money and really don’t mind ending up relatively poor rather than relatively rich.

If these people were actually asked by a news reporter on the street if they’d prefer being poor rather than rich, what do you reckon they’d say?

I suspect only those on drugs or committed to some strange sect would opt for “poorer please.” Let’s face it, poverty isn’t really virtuous. A richer person could actually spend their riches helping others less fortunate!

So let’s agree that this rate cut should be an enormous prompter for all those out there who have told surveys that they have mortgage stress to do their best to get a 2.99% home loan.

But before you rush off to get a new home loan, here’s another lesson you have to take on board. All borrowers have to ask what the comparison interest rate is. Here’s an example from the www.mozo.com.au website, where the ME Bank Flexible Home Loan Package, which is at 3.43%, actually has a comparison rate of 4.05%. Now this is an unusual loan as you can fix the rate for one to seven years and split the loan between variable and fixed as well.

What pushes up the comparison rate from the advertised rate can be fees, so when you start shopping around, actually find out what you’ll pay each month for a given loan.

The next question you have to ask is: should I fix my rate now or stick to a variable rate? Many economists expect rates to fall further. Right now, I’d say most economists expect one more but it mightn’t be until November’s Melbourne Cup Day, which has often been a day when the RBA has either cut or increased the official cash rate.

I’d bet my bottom dollar that the RBA boss, Dr Phil Lowe, would love to put away his rate-cutting ‘tool’ but it will depend on two closely-watched challenges.

The first is what the Oz economy does data-wise over the next three months. And the second is that great, big economic challenge called Donald Trump.

I pointed out recently that I’m keen to see economic stats that followed the May 18 election result to see if the confidence bounce translates into greater spending, investing and job creation.

Since election day, we’ve seen auction clearance rates in the troubled real estate markets of Sydney and Melbourne spike. And

Price rises in Sydney and Melbourne weren’t on the cards for many out there who’ve been expecting house price Armageddon. Sure, the challenges for housing aren’t over yet but if rate cuts, tax cuts, infrastructure spending and a lower dollar boost our economy, confidence in the property sector could substantially turn around.

On the subject of being hopeful for an economic rebound, yesterday’s ANZ-Roy Morgan weekly consumer confidence reading was noteworthy. Here’s what we learnt:

• The measure of (current) economic conditions over the next 12 months rose by 12.6 points – the biggest weekly lift in almost two years – to +7.2 points.

• The Housing Industry Association reported that in seasonally-adjusted terms, new detached house sales rose by 28.8% to 5,198 units in May – the highest level since March 2018. (I’m keen to see the June numbers when they’re available.)

• The CBA Manufacturing Purchasing Managers' Index rose from 51 to 52 in June. Any reading over 50 indicates expansion.

• However, the Australian Industry Group (AiGroup) Performance of Manufacturing Index fell from 52.7 points to 49.4 points in June – the lowest level since August 2016.

Clearly, not all numbers have taken on a ScoMo-charged positivity look but, as you can see, there are some interesting post-election developments that might help boost the economy between now and Cup Day.

That said, if Donald Trump drags out the trade war talks, the global economy could work against local, post-election positivity. On Monday, we saw the latest Caixin/Markit private sector manufacturing purchasing managers’ index for China fall by 0.8 points to 49.4 points (consensus: 50.1 points) in June – the lowest level since January. A level below 50 denotes a contraction in activity. If Donald does a deal sooner rather than later, there’s a good chance yesterday’s cut will be our last, which I think would be really good news.

P.S. My latest book Join the Rich Club will be released on July 10. Its aim? To try to convert tossers!