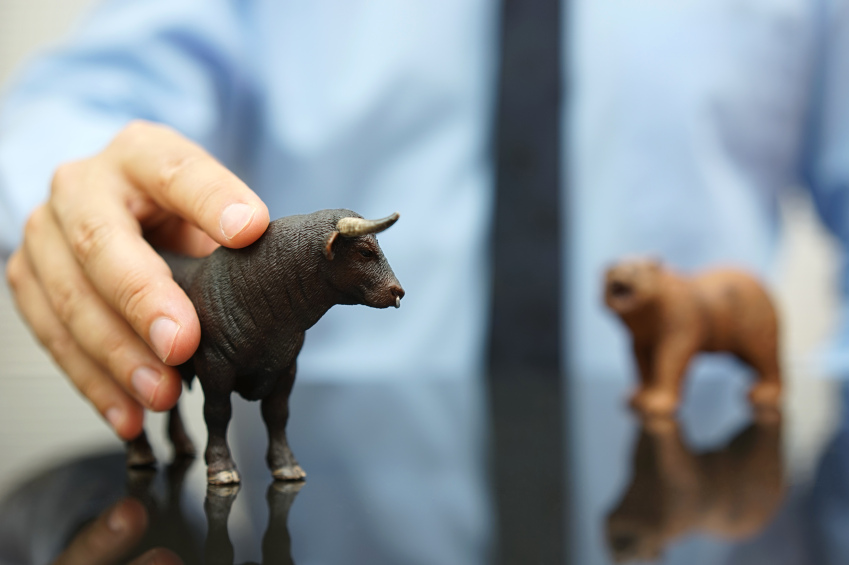 Are we waiting for a crash or a stock market surge?

I shocked my Sky News colleague Carson Scott last night on our new program — The Final Count — when I told him that CMC Market’s chief strategist, Michael McCarthy, thinks we can see the S&P/ASX 200 index at 5900 this year! Now if he’s right, that would be a whopping 16.1% gain so all I can say to that is — all luck to you, Michael.

Carson isn’t the only one surprised by that call, Betashares chief economist and Switzer Daily writer, David Bassanese, doesn’t expect too much from stocks this year but, on the same point, he’s not excessively negative about stocks either. To summarize Bassanese, it would be more of the recent stuff — sideways with a slight upward trend.

David is an economist and it shows, while Macca is a trader but his understanding of markets should not be underestimated.

In the US, CNBC reports that stock market bull Tom Lee expects “the S&P 500 to make a new all-time high by the end of May on the back of improving fundamentals.”

Lee, of equity research firm Fundstrat Global Advisors, told CNBC that he believes the upcoming earnings season will be a surprise packet. "We're going to find that companies for the first time in really a few years may start to beat numbers and we raise estimates."

Why the optimism? Try these changed circumstances:

My view is that we’re caught in a battle between bulls and bears and it’s a line ball call on who’s winning but the bulls are just ahead, with stocks up since February 10 but before that, over early 2016, it was a bears’ picnic!

For Macca to get this right, Lee’s story would be a nice start but to go all the way up to 5900, we will need to see some really good economic stories out of the troubled economies of China, Europe and Japan. If Chinese stimulus and the QE programs in the other two economies start to deliver economic results, then commodity prices will spike on better economic forecasts, which will, in turn, help earnings forecasts and then stock prices.

Bassanese thinks we will see better economic data out of all three economies but not strong enough to create enough optimism to make Macca look like a genius.

He subscribes to the school of thought that we’re in a ‘slow, grind higher’ economic cycle, which will take a long time to deliver really high stock prices. On the same point, he doesn’t see an upcoming recession and market crash. The bulls might have to be patient if he’s right but he thinks the persistence of low interest rates keeps giving stocks plenty of sex appeal — my words, not his!

David might be too economist-like and Macca might be too trader-like but on balance, I remain running with the bulls albeit at a slightly slower pace than Macca but I’m happy to pick up the pace if that should be our fate.

Decisions by the likes of central banks and OPEC will be important but let me repeat what I often repeat and it comes from Bill Clinton: “It’s the economy, stupid.” When economies shock on the upside, stocks will spike. Until then, I can’t see a crash or a stocks surge. It will be something else that we’re used to, such as “sell in May and go away”. But then I’d expect an end of year bounce-back, post the US election and on the back of better economic data, which would push stocks up again and maybe bring us 5900 in 2017.

That said, I’m rooting for Macca’s call, albeit with less confidence than him.

By the way, US stocks were a little negative overnight, ahead of the close and ahead of tomorrow’s jobs report. This will be an important piece in the economic puzzle that will have a big impact on stocks next week and beyond.