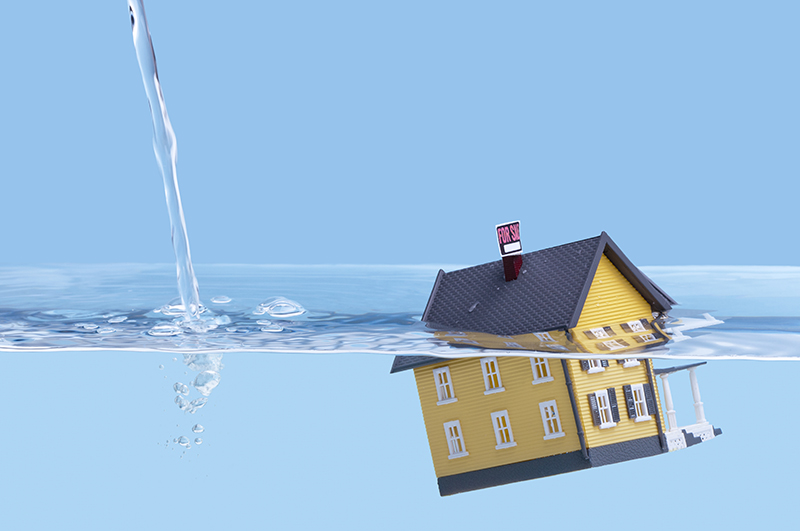 Are we drowning in household debt?

One thing I’ve learnt after 30 years of public commentary on the Aussie economy in newspapers from the Daily Telegraph to the Sun-Herald to The Australian and then to Switzer Daily in recent years is that there are excessively negative predictions of a looming economic Armageddon for our economy but we generally muddle through.

Sure, we haven’t had a recession for 28 years, so you might think I’ve been influenced by a rare period of economic success but before my roles in newspapers, TV, radio and now websites, I taught Applied Macroeconomics at the University of New South Wales, where I learnt a thing or two about past recessions. And yep, the past 28 years is unusual with no recessions but even when we’ve had them, with the exception of the Great Depression, we have muddled through, with people coping.

All this came back to me as I’ve watched some quarters of the press put their spin on what the RBA’s assistant governor, Michelle Bullock, said about our very high household debt. Reports I received in the afternoon about what Michelle said made me think that some media outlets might have to lead with the headline: “I guess we were wrong about a pending household debt disaster”. However, the selected spin from someone who is a respected economist and public official was: “What the RBA didn't tell us about household debt: how we reduce it” and another ran with:

To understand how worried we should be, let’s get some facts from Michelle’s speech yesterday. I’ll bullet point them:

• Our debt-to-income ratio is in the top quarter of world economies.

Now all this was acknowledged by Ms Bullock but she also pointed out something important when comparing us to the rest of the world.

“Australians borrow not only to finance their own homes but also to invest in housing as an asset, this is different to many other countries where a significant proportion of the rental stock is owned by corporations or cooperatives,” she said.

I’d throw in the fact that we’d sell our grandmother into captivity before we walked away from our house and related debt, unlike the USA, where borrowers can hand their keys into the bank and drive away in a Maserati!

She also said that strong employment prospects and a relatively steady ratio of repayments to income have meant arrears rates on housing loans remain very low. But like all central bankers, she had to look at what could go wrong and of course she warned that an economic shock could leave households struggling to meet repayments.

A shock that forces interest rates to rise would probably cause a recession as unemployment would rise and some people wouldn’t be able to make their repayments, which would hurt our banks’ bottom lines and the stock market would crash.

Yep, that’s what happens with a serious economic or financial shock.

We dodged the GFC recession because our federal budget was in surplus and the Government stood behind our banks, whose balance sheets were better than most of their rivals around the world.

Negative economists are right when they argue that we are more exposed to a negative shock because of our borrowing for housing. But provided we can get two years of economic growth over 3%, as the RBA and Treasury expect, then we might be in a better situation to withstand an overseas financial shock.

And if growth continues for even longer, then we could even be in a better situation, as the Budget would be in a strong surplus, provided future governments stick to the script for budget repair.

The media and the negative economists who they rely on always talk about “when our luck runs out” but it depends how much of our luck runs out. And when that happens, it will determine future economic pain.

We are living through crazy times with an unusual U.S. President who is outside the square. And while his spending and tariffs worry me, I accept we could see three years of strong growth before the ‘you know what’ hits the fan.

By then, we could be in a stronger budget position and three years of growth and jobs could improve a lot of people’s balance sheets, as well as their debt-to-income ratios.

The negative economists didn’t believe the RBA when they predicted 3% economic growth but they have been proved right. They now say “it won’t last” but I’m backing the central bank and relying on our history of muddling through to ensure I don’t lose any sleep over these perpetual warnings from the media about a housing crisis and an eventual recession.

Sure, a recession will show up one day (they always do) but from what I’m seeing, it won’t be any time soon. I’ve disagreed with the RBA in the past on the timing of interest rate cuts or rate rises and I’ve often argued that the Bank is too conservative. That said, I’m not going to change my view of the RBA’s team and call them reckless because they aren’t pedalling tales of impending doom, like economists with no reputation for accurate forecasting, and the media who love a good, scary story.