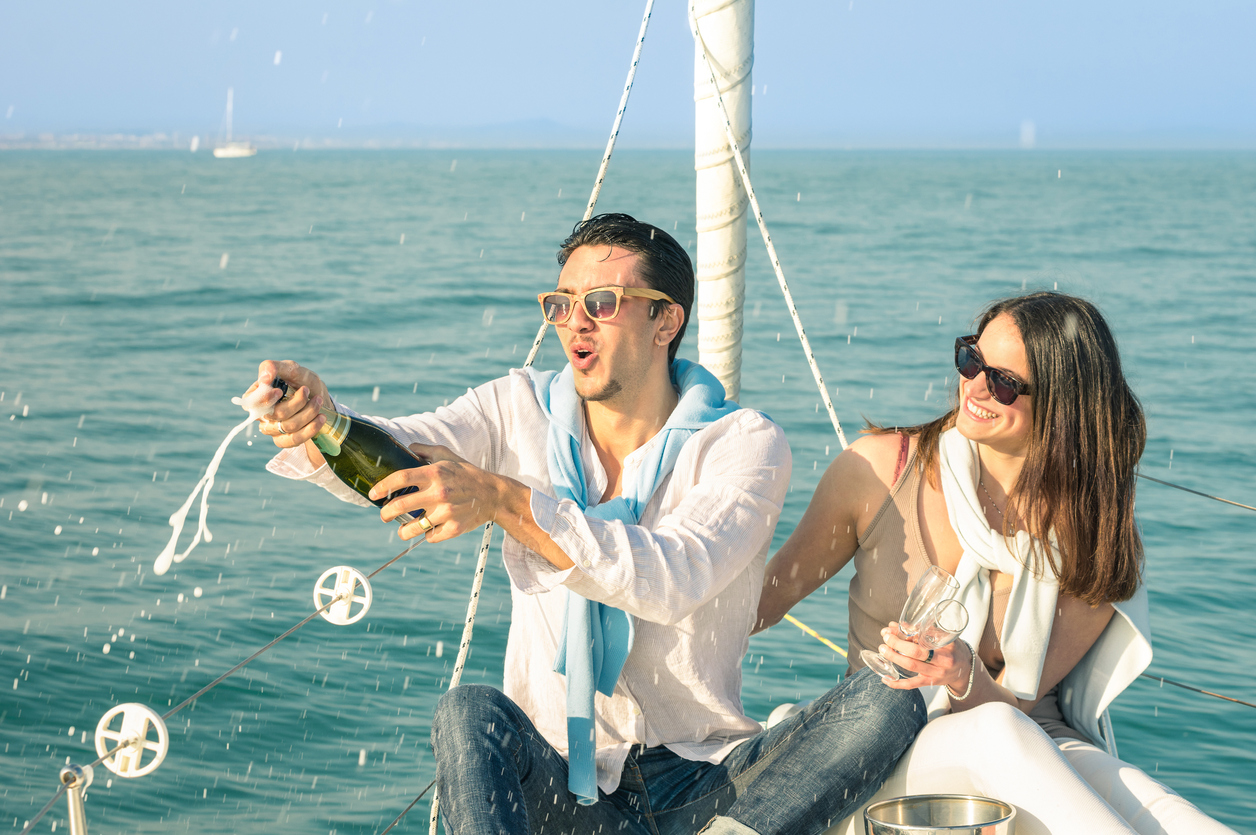 Are rich Aussies getting away with blue murder when it comes to tax?

A little bit of knowledge is said to be a dangerous thing and the current tax debate could be a case in point. Most normal Aussies don’t know much about tax.

In short, they hate tax and would like to legally pay less but they understand that some of it is used well by governments, though not as much as they would like.

We know there are two inescapable facts of life — death and taxes. And if you listen to Bill Shorten, you’d think the rich get away with paying little tax so that’s where he’s taking his future Labor Government (and maybe you), to a fairer tax town.

Before checking out what those greedy bastards Bill calls the rich pay, let’s go back to 1816 to show how odd developments in history are often not made known to the common man/woman.

In 1815, an Indonesian volcano (which was then called a Dutch East Indies volcano) called Mt. Tambora (on the island of Sumbawa) erupted. The sound of the explosion of lava was so great that Thomas Stamford Raffles, Lieutenant-Governor of British Java (800 miles away) and founder of colonial Singapore, thought the thunderous bang was cannon fire!

But what followed was a volcanic ash plume that was so extensive that it actually changed the world’s climate, ruined crops from China to the USA and the time became known as the “Year without summer”!

OK, that’s my offering for the wild and weird facts of life that we often are deprived of knowing about, so how is it relevant to damn taxes?

The AFR showed us what the rich pay in taxes in a neat chart over the weekend and here it is: 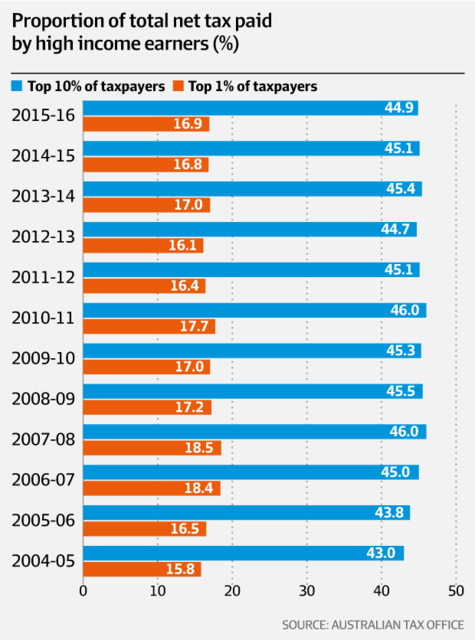 As the AFR’s Andrew Tillett pointed out: “High income earners continue to pay the bulk of income taxes amid politically–charged complaints that inequality is rising…”

Tuesday week’s Budget is tipped to be skewed towards tax cuts for low- and middle-income Aussies but economists argue for growth reasons, richer taxpayers need a break.

Professor Sinclair Davidson didn’t muck around when talking to the AFR about the need for richer people to see lower taxes.

He links lower economic growth that’s stopping the Reserve Bank believing our economy is ready for an interest rate rise is due to the disincentives out there.

“Part of the reason is because we tax successful people to death and regulate everythting else.”

He argued that our dislocated economy, which shows up in our poor performing stock market, need incentivisation, to steal an old John Howard term.

“If we want to create economic activity, we want to incentivise the people at the upper end of the income spectrum.”

In the Reagan era, Arthur Laffer made his Laffer curve famous by arguing that if you cut tax rates, you actually get more tax collections because there are less incentives to pay high-priced tax lawyers to help you dodge tax.

Economists on the left and right still argue about Arthur’s economic revelation that was featured in the move Ferris Bueller’s Day Off, where the high school teacher referred to George Bush Snr’s calling of it as “voodoo economics!”

In 2004, George W. Bush brought in a tax holiday for US companies so that they would repatriate profits to create jobs. But academic analysis of these companies showed that the job creation was underwhelming but excutives and shareholders did well!

However, when I looked at what happened to the US economic growth rate, it surged over 5% and remained elevated until the GFC crash!

The facts are that even though the immediate impact on each company was not great — jobs-wise — the wider implications for the economy of people with money that gets spent, invested and is less trying to avoid tax actually helped the economy, along with other positive factors for growth.

People who hate tax cuts for richer people ignore the potential multiplier effect of the investment that happens when you don’t put a tax slug on someone being entrepreneurial. Excessive taxing is a dream killer and many of these dreamers like John Symond, Richard Branson, Janine Allis, Steve Jobs and so on not only end up with a lot of money but they do create jobs. And the whole impact is more growth, meaning more income, which raises overall tax collections.

The Oz economy has got better over the past year and over 400,000 jobs were created. And we’ve learnt that the budget deficit is tumbling down.

The latest numbers show the Government’s Budget Deficit is set to be $9 billion better off because of the jobs, the related income tax and the big boost in company tax collections!

I know it sounded cheesey when Malcolm and Scott keep rabbiting on about “jobs and growth” but it actually works. And so does an economy when we make it easier for people to create work.

Don’t be too hard on the rich — they can be useful!