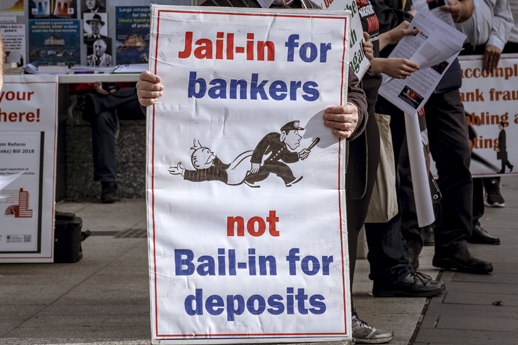 The test of the value of this Royal Commission is going to be what authorities do to change what happens in the finance industry. What is being revealed is not new knowledge — it’s just being made more public.

Anyone like me who works in finance knew that financial planning had its problems. But I still doubt ASIC’s Deputy Chair, Peter Kell’s submission that nine out of 10 advisers are not considering the best interests of their Self-Managed Super Fund clients. Meanwhile he says three-quarters of advisers don’t comply with the “best interest” test for their customers.

Let’s get this straight, I have always publicly decried many of the practices that previous governments have ignored abut financial planning but when there have been efforts to improve the industry, they have increased the workload of advisers to such an extent that it was nearly impossible to charge a decent fee to justify the time and risks of advising someone.

I started my financial planning business when it was like the wild, wild West in financial planning. There were under-the-table kickbacks or secret commissions, products were recommended that suited the adviser and not the client, but, worst of all, it was hard to do it the transparent way.

I know because when I started my business I did the opposite of most planners — we rebated commissions and charged a flat dollar fee — and it resulted in some surprising revelations.

First, insurance companies made it near impossible to weed out the commission you got from recommending a policy.

Second, insuring someone is not always easy because of their health record or age and clients did not want to pay for the time to try and get a policy, after lots of rejections pushed up the time/cost of the exercise.

Third, many people bought advice via their super funds, so the fee was extracted from the fund, which meant no cash flow impact on the client but some advisers would exploit this opportunity by overcharging via percentage fees.

Fourth, customers did not like paying out their own money for a plan. I recall one guy who was very wealthy, had many investments — properties, stocks and business investments. He was being charged $67,000 a year for advice when he came to us. It was too much, but he was complicated and he wanted lots of handholding. My advisor thought a flat $25,000 fee would be a safe charge but the guy rejected it because he said that even though his current charge was too high, it came out of his super. He actually said that it would be “too hard to cut a cheque for $25,000”, so he stuck with his old adviser!

He was an accessory before the fact of the crime his adviser was committing.

Fifth, under well-intentioned FOFA — Future of Financial Advice — laws, which made advisers give consumers better advice, the cost of advice became higher because you can’t produce a plan under say 12-13 hours. But that results in a cost that consumers find hard to pay.

Believe me, the costs of running a financial planning business are huge. And the insurance slug for making sure an adviser doesn’t make a mistake is also memorable to someone who has to pay it.

Sixth, good advice today might be bad advice tomorrow. Some advisers might think the best investment strategy for the long run is to be in stocks but for a couple of years that might be a bad-performing idea. However, after 10 years, the advice could be miles better than the safer strategy, that might look OK in the short term but which produces ordinary results in the long run! It’s a tough gig!

Seventh, clients want advisers to out-perform the best fund managers they read about or see on my TV show but they forget about the risks these people take and the lack of diversity in their portfolio. I recall one potential client who was surprised we were working off a 7.5% return on average. He said others are making 13%! And that guy was a chartered accountant, who became a CEO of a public company!

Eighth, doing financial planning the transparent and the most honest way you can is not very profitable. I know this because this part of my business is the least profitable and because you don’t make it easy for advisers to charge a lot, it’s hard to attract some smart people but eventually you do find some good ones who are happy to play it my way. And by the way, when advisers leave a business, they can take a lot of your customers! I’ve had this happen to me twice and it hurts.

What needs to be done in this industry to have rules that make it easy to give clients advice that makes it possible to find a cost that is fair to customers but is fairly profitable to the adviser. It’s a big ask but under the rules that prevail, I had someone I know who was in a crazy super fund and he asked me what he should do. I told him I couldn’t give him my advice on the run, by law. So he came in and I explained I needed to know all about his goals and risk appetite and that would take time, which he wasn’t prepared to pay for. I could have given him a list of my preferred industry super funds but if he selected the wrong one that had a bad run I could have been liable. His super fund — ironically, the bookmakers super fund, lost him a lot of his retirement nest egg but I could not save him under the current rules.

On mortgage brokers, my experience with these people is that they have made it easy for borrowers to get loans at lower interest rates than what many of us could get from a bank. Their existence and their general efforts to get their clients the best rate have made banks more competitive on rates.

Let’s face it, all professions and industries have bad people — even lawyers can be dodgy over-chargers — but most mortgage brokers have done a great job and I don’t care if they get commissions if they put me into a 3.8% loan rather than a 4.5% loan my bank might offer me.

Most of us hate banks, especially when they say no to a loan, and mortgage brokers have helped customers not only get lower interest rates but also have found people who would say yes to our requests for loans.

The big problem with financial planners and mortgage brokers is that there has never been a process set up to really punish bad behaving people in the industry.

If a consumer was treated badly by a bank, an adviser or broker, where could they go for a reliable service to sort out the problem? Nothing exists that has credibility in the community.

Meanwhile, ASIC has been underfunded and governments have failed there. I know I wrote two stories in The Daily Telegraph warning about Storm Financial before it failed and no one ever contacted me. And has anyone from Storm really been punished?

I hope this Royal Commission doesn’t only sully the reputations of all financial planners and mortgage brokers, but they really condemn the nincompoops in government and in regulation that have been accessories before the fact with these crimes.

What Mark Bouris taught me this week
The importance of integrating health and wellbeing into your next event
What’s loyalty got to do with it?
Why can’t employees just go back to their offices?
Will the future of work be part office, part home?