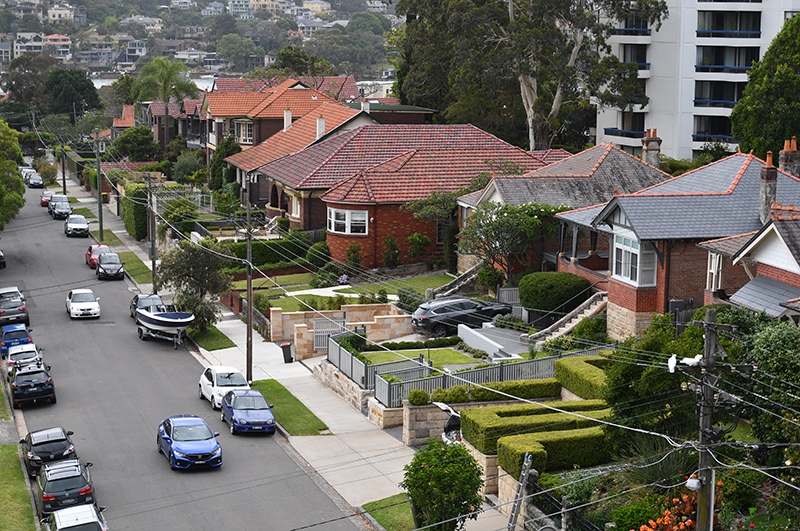 Are falling house prices and car sales a BIG worry?

House prices and car sales are heading in the wrong direction for economic optimists, so how worried should we be about these softening trends? Are these developments telling us that the economy is really heading down into worrying territory?

Remember, until we received the September economic growth number, which came in at a lower-than-expected 0.3%, (when 0.6% was tipped by economists) and brought the annual rate down to 2.8% rather than 3.3%, which was forecasted, we thought Aussie growth was heading to 3.5% for 2018 and 2019.

Now economists are less optimistic about a great 3% plus number but they still would expect an OK 2% plus growth result for both the year that has just ended and the one ahead. In case these numbers are double Dutch to you, any growth figure 3% or more is good for the outlook for jobs, so someone like me, who understands these stats, really hopes the September 0.3% result was an aberration. However, the economic data is really mixed and the housing as well as the car data could be telling us that a slower Oz economy, with less jobs, slower wage rises and even falling interest rates could lie ahead.

And while we like the idea of lower rates if you’re in debt, it usually goes with less jobs, less investment by business, lower stock prices, poorer super results and even could run ahead of a recession.

So, let’s examine the car and housing numbers so far.

The CoreLogic Home Value Index of national home prices fell by 1.1% in December to be down 4.8% over the year – the biggest annual fall in a decade. And while the words “biggest fall in a decade” seem scary, when you think about it, if 4.8% is the largest drop in 10 years, then we’ve been on a property party of extraordinary proportions and the hangover so far looks manageable!

And while some think a Sydney house price fall could be over 20%, with some alarmists tipping 40%, accounting firm, KPMG, is less dramatic with its analysis.

KPMG chief economist Brendan Rynne said tight lending policies have driven the declines in prices up until this point, adding that the tight lending standards may begin to ease up over the next few months. Recently APRA backed off its tough lending policies that it made banks impose on investors and with prices down, this could help buyers show up to home showings and auctions.

KPMG says Sydney’s housing downturn will last until mid-2021 when prices will start to grow again and predicted the total drop in prices for the entirety of the downturn, which started last year, would be 12.9%. And get this, Melbourne’s peak to trough fall will only be 4.5%!

While Sydney’s house price fall last year was around 9%, KPMG thinks the fall this year will be around 4%.

Now Brendan and KPMG could be wrong but so could the doomsday merchants but how come only scary price drops get headlines in newspapers and media websites?

Given how much Sydney house prices spiked, I’ve argued that a 15-20% fall over a few years is understandable. Anything worse would have to come with a serious recession, where unemployment really surges. And that’s why I’m looking at car sales as a possible indicator that I should be more worried about the economy.

Recent foot traffic in retail stores was said to be down and that’s another worry. But on the other hand, online sales were up, so this could be simply a sign of the times. With the money saved, Aussie consumers could be taking more holidays, going to more restaurants and having massages like never before!

Interestingly, home price growth started to slow from November 2016, around the same time that luxury vehicle sales started to soften. CommSec’s Craig James has been watching luxury cars in only the way an economist would. “For around a decade, CommSec has been tracking an index of luxury vehicles,” he said. “Changes at the ‘top-end’ of markets – vehicles, houses and other assets – have tended to lead activity more broadly.”

Craig says the link between car purchases and house prices has been clear since 1990 but for all cars, the numbers don’t sound as dramatic. According to the Federal Chamber of Automotive Industries (FCAI), new vehicle sales peaked at 1,201,309 units in the year to March 2018 and in the period since, vehicle sales have fallen by, wait for it, 4%!

Sometimes you have to be careful about singling out some scary sounding developments and then look at them in isolation. For example, you could be worried about house prices and car sales but they’re coming off unbelievably high record levels and it might be worthwhile to think of other indicators like jobs.

Recent Government crowing is worth thinking about when you get worried about the economy. More than 1.2 million jobs have been created since the Government came to office in September 2013. The Australian economy created an additional 37,000 jobs in November and the latest labour force figures from the ABS show the number of jobs created in November was almost double the 20,000 jobs the market expected. And get this, seasonally adjusted employment is now 285,700 higher than it was a year ago and total employment is at a record high of 12,694,300!

This is Craig James’s take on the housing and car data: “The softening of new vehicle sales and home purchases aren’t necessarily negative developments. Supply and demand constantly adjust over time. And that is happening now. But the job market remains strong and interest rates are near record lows.

“If fewer dollars are spent on homes and luxury vehicles, consumers may pay more attention to other interests. In 2004 and 2005 when home prices softened and luxury vehicle sales flattened, more Australians travelled overseas. Annual growth of tourist departures was up a record 28.8 per cent in the 2004 calendar year. Indeed, the latest data shows that a record number of Aussies are currently travelling abroad.”

The lesson is: beware those who would write off the Oz economy and our economic future too easily.