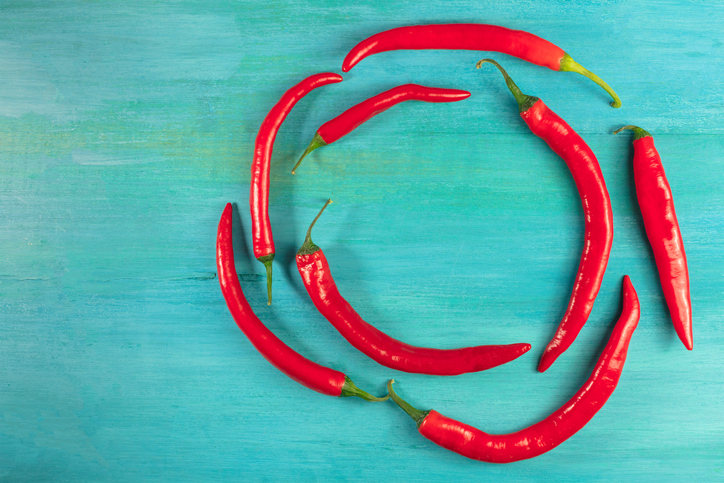 Another property doom story. Believe it if you like to be poor!

Another beware story has been punched out by Fairfax press with an accessory before the fact — an investment bank — tipping doom! This is nearly as predictable as the Government getting crappy Newspoll readings.

I won’t name the bank or the desperate economist because I have friends there and some come on my TV show, but really someone in high places should give these try hards a real talking to!

This was the big call: "There is now a persistent and sharp slowdown unfolding, ending 55 years of unprecedented growth that has seen home values soar by more than 6500 per cent.”

Like the stock market, the property market moves in cycles and if you choose to ignore these courageous or stupid big calls, you will be able to make money out of property.

Don’t get me wrong, I know the Sydney and Melbourne markets are cooling and there will be price falls in some of the formerly hot suburbs.

A few months back, The Australian looked at the hottest and the red hot one was Middle Park in Melbourne, which spiked an unbelievable 48.2% in 12 months! I couldn’t believe my eyes because we bought a place in nearby Albert Park over that time where prices rose 42.6%.

I never expected this but I was happy about it, though I’m realistic that what goes up, can come down. But what is a “sharp slow down”?

Even if Middle Park dropped 20% over the next couple of years, any buyer three years ago would be up 28.2%! That said, some suburbs, such as Paddington in Sydney, become so cool that even when prices fall, it won’t be long before bargain hunters come in after say a 10% slip, which could have followed five years of big rises.

Those people who have been caught up in the Sydney and Melbourne price boom, who bought five years ago, can look at this investment bank call and say: “Tell someone who cares.”

For those who bought recently and planned to flip the house for a quick profit, well, these guys lose, for a time. I say too bad and that’s what happens when you gamble and speculate at the wrong time of the cycle.

That said, most of these speculators are at least stuck with quality assets, which will make a comeback, eventually.

Anyone who wants to believe that we’ll live in property limbo for decades, or maybe centuries, should take a look at this chart of house prices.

This chart was given to me by the great John Symond around 2013, prior to Sydney’s sharp price takeoff. Look at the 10 years of average rises of 2.5%!

People who overpaid in 2002 had little to pop champagne corks over but they still got price rises during tough times for real estate.

But the reality was that someone who made good money in Darwin or Perth could have used their price gains, giving them extra equity, to go long in Sydney in 2013 and they’d be laughing all the way to the bank!

I saw the Foxtel program Love it or List It last week and a Melbourne couple in North Coburg was surprised to learn that their $1 million home there could be sold and they could move to a nice suburb with more rooms, more bathrooms and a pool and they’d have $200,000 left over to throw into super or make whoopy in Brissie!

This real estate map of Australia gives clues to where money could be made in the next few years in and around Brisbane. 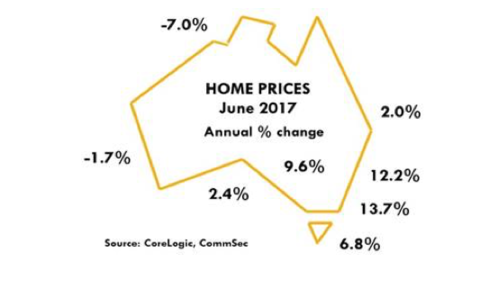 I reckon Brisbane will have a price takeoff over the next few years, though be careful of apartments, as there is an oversupply issue.

Queensland has the strongest jobs growth of any state and that old march from Victoria and New South Wales to the South-East Queensland is starting to hot up.

Houses will be sold down south to buy up north and that will go too far and prices will then fall up north and so on.

Property, like stocks, moves in cycles and  rumours of the death of property are largely exaggerated.

If you buy right and at the right time, you will always make money out of property, especially when you remember we are a country with a very fast population growth, compared to other Western countries. And we are the most urbanized nation in the world!