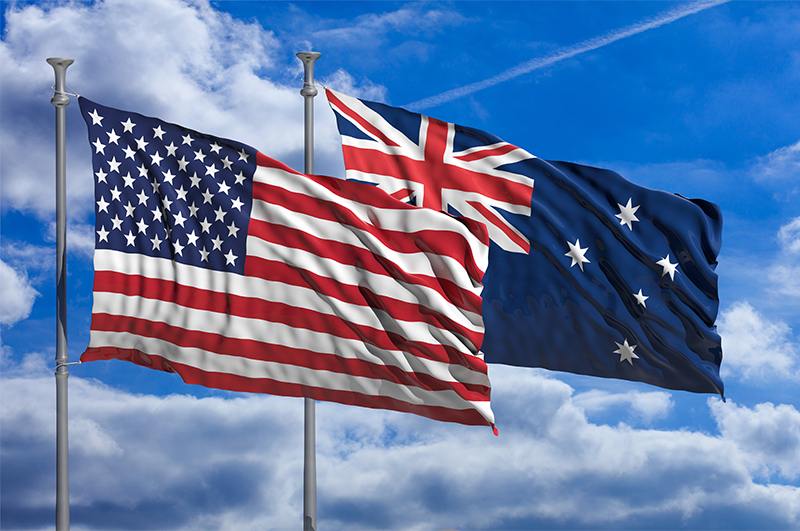 A Yank socks it to Aussie doomsday merchants

It must have been fascinating when US journalist Neil Irwin pitched the idea to the editor of the New York Times that he wanted to go to Australia to understand its economic miracle of 28 years of economic growth without a recession. Our economic miracle is something many Aussies don’t appreciate and it has a cohort of doomsday merchants actually praying and rooting for Armageddon of an economic kind!

If I wasn’t so Australian, I’d use the political insult that’s so often inappropriate, that these people and their views are “un-Australian”. But I can’t even do this to the group who like to slag me on Twitter. My view on the Oz economy is that people/experts/economists, who I think are smarter than my critics, don’t see the imminent economic destruction like these doomsday merchants do.

I was bemused to see advocates of Armageddon predict that it will happen, wait for it, “within 27 months”, which looks like the biggest each/way bet I’ve seen in a long time.

I reported a year ago that the Economist Intelligence Unit was tipping a US recession in 2020. And I’ve argued that it might be hard for us to avoid a stock market crash and recession if Wall Street slumps into a bear market.

In fact, for all my subscribers to the Switzer Report I often said 2019 should be OK for stocks. However I’d be wary in 2020 because even if a recession is in the pipeline for 2021, the stock market, which can anticipate the future six months in advance, could go negative in 2020.

In recent times I’ve suggested that Donald Trump will do what he can to avoid a stock market crash before 2020, when he goes up for re-election. But 2021 looks worrying. In addition, the first year of a new US Presidency, historically is the worst, so the stars align with my views and my doomsday merchant ‘buddies’.

To my way of thinking, the calibre of a forecaster is not determined by predicting something that everyone agrees with over time. It’s about getting an unexpected event right where the timing is spot on.

Lots of people predicted a stock market crash before late 2007 ushered in the GFC. Steve Keen, Nouriel Roubini and a couple of others have won praise for their calls but others were in the ‘eventually they will be right” class.

Steve got the real estate price bet wrong with then-Macquarie economist Rory Robertson and had to walk from Canberra to the top of Mt. Kosciuszko with a T-shirt that read “I was hopelessly wrong on house prices.” And even though he argued later that the timeframe was too short to show he would be right, he did take the bet and he must have thought that the economic threats and financial market mess gave him good odds that he would be proved correct.

Unlike most of my Twitter critics, I’m out there every day giving my views, as I’ve done for over 30 years in major media outlets. I know I could be wrong. It goes with the patch but the media does go to me because my record is pretty good.

It’s not because I’m a genius but I do rely on smart people with good track records of getting it right. Many of these people missed the GFC but few saw it coming, as the debt ratings agencies didn’t reveal what we should have been told about collateral debt obligations or CDOs.

But that’s water under the bridge and people like me and those I trust are always vulnerable to black swans — the largely unseeable event that makes all things economic go to custard. You can’t expect infallibility, even from economists!

That said, history shows the people I trust and rely on have got the economic story right for, wait for it, 28 years! Stock markets generally last 9-10 years but the longest lasted 15 years in the 1950s and went up 935%! Wall Street is up just over 10 years and not much over 250%, so we might be surprised when the crash and recession show up.

Back to the Irwin take on Australia and he noted:

• Business and consumer are wary.

• He “detected no sense of triumphalism” for the great economic record and the looming Budget surplus that few Western economies can boast.

• He conceded the economists’ view that our 28 years of no recession was part “good luck and partly by good policy.”

• Luck? China, iron ore and lots of land to grow stuff in a world where once underdeveloped economies want food as they embrace higher standards of living. (I added a bit to this good luck story.)

• Good policy from the RBA was given an appropriate tick.

• Bankers (much maligned nowadays) learnt from the excesses of the 1980s and the recession of 1990s to be better prepared when the GFC hit.

• Labor’s fiscal response to the GFC threat also got a tick.

• And he thinks we have the right balance between pessimism and optimism.

I like this take on us: “Maybe the real reason Australia has made it so long without a downturn is an absence of complacency. No one is brimming with overconfidence that all is well and always will be.

“It isn't the absence of bad stuff happening in the economy that has kept Australia growing for so long. It is the nation's economic flexibility and policymakers' rejection of complacency.”

This is why I like to provoke debate with those who are too pessimistic and too optimistic. I railed against property talk up merchants and now I’m debating the crash and burn believers out there.

This thoughtful Yank summed it up nicely when he said: “Maybe recessions are more like car crashes. They may never be completely eliminated, but making the right choices can make them rarer and less damaging when they do happen.”

Our current house price fall was engineered by APRA and made worse by the effects of the Royal Commission. But this is the pullback we had to have and there’s a good chance that the house price fall will be “manageable”, like the RBA’s boss, Phil Lowe has been telling us.

And whether they like it or not, Phil is smarter and has more form on the board when it comes to understanding the Oz economy than my Twitter “expert’ critics.

Who would’ve expected such good sense from a Yank?