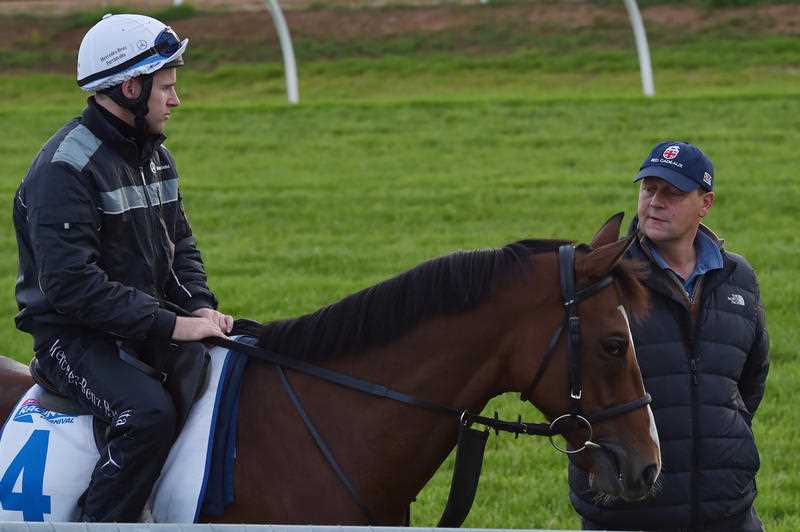 A week of punting ahead. Hoping my bank can stand it!

We have a week of gambling ahead. Of course, we have the race that stops the nation, with the Melbourne Cup on tomorrow — and it literally does stop productivity, except for the hospitality industry where they work their butts off! (Isn’t it interesting that only in Victoria the employees will get triple time being a public holiday yet their interstate rivals will do the same work and get their usual pay!)

Anyway, back to the week of gambling. Before the big race at 3pm, the Reserve Bank has to take a punt on the cash rate of interest, which is now 2%. For the RBA board, the bet gets down to “do we cut to offset the banks’ proposed interest rate rises due in late November or do we punt that these rises won’t slow down the economic recovery we’ve been trying to create?”

Before the banks decided to use a 15-20 basis points rate rise, they looked set to keep the cash rate on hold until the economy started to pick up.

The seven economists I surveyed all expected the second-half of 2016 to be stronger than the first six months. It was this strength that made some predict that a 3%-pace of growth was possible. If and when that happened, the RBA would worry about future inflation and we might have seen the first rate rise, and it might have been on Cup Day 2016!

This is a lot of pressure for my poor old mates at the Big Bank because if they don’t cut and the economy slows, thanks to the banks’ rate rise, then they’ll be bagged mercilessly and I’ll be carrying a big bag to lead the charge!

On the other hand, if they don’t cut and it’s the right decision, we won’t know that for six to 12 months. Worse still, the RBA and their bank buddies could be remembered as the gang that KO’d the Turnbull effect, which to date has been terrific for both business and consumer confidence.

A lot of our hard earned is riding on the RBA’s decision and our monthly home loan repayments’ increases will add up to be a damn lot more than whatever we lose on the Cup tomorrow. (That said, I’ll try and prevent that for tomorrow — see below.)

In fact today, the results of one of our biggest bets of our life, that in housing, comes out today with the October CoreLogic/RPData home price check. There’s plenty of talk how the Sydney and Melbourne housing booms are going off the boil. If this happens, largely because of the APRA’s attack on investor loans, which forced the banks to raise rates for these products and then the bank’s rate rise warnings for later in November to pay for their capital raisings, then it could force the RBA to do the form on the economy and this could make them cut.

We’ll also see September’s building approvals that tell us who and what number of Aussies are planning to punt on building a new property. This is a good forward indicator and, if this slows, it won’t be a good sign for the economy. This also could affect how the RBA bets tomorrow.

On Wednesday, we see retail trade and international trade and, later in the week, we get some speeches from RBA officials, which could either excite or de-vibe those punting on the stock market.

Outside of Australia, bets on stocks are bound to be driven by overseas revelations with a big week for US economic data out including manufacturing, car sales, services sector growth and the biggie — the jobs report.

This is the number that can stop or start global stock markets. The economists’ tip is 189,000 new jobs in October. What the real number is and how the market will respond is anyone’s guess, and that creates a huge punting opportunity!

Let me prove it with the following:

As you can see, there’s plenty of scope for betting when it comes to Wall Street and there’ll certainly be some big ones placed before and after the jobs report is released. We’ll find out on Saturday morning and that will conclude a week of big punting, which of course starts again with Flemington, bound to have another big race they’ll show on sports reports.

However, the bigger events for leviathan punters will be the RBA’s decision and that jobs number in the US. What will happen?

I want the RBA to cut but I have my doubts — the Big Bank is so cautious. And the US job numbers? The economy has been slowing but the revenue from earnings season has been less than expected but the Yanks can never be written off easily. Picking that one is a real punt!

On my Cup tips, given the importance of the US to my economic and investment tips, I like the omen tip of The United States at 20/1. Trip to Paris looks like a great horse from overseas and that’s exactly where we’re going in December!

For more authoritative tips, I have Tom Waterhouse on my show tonight and Westpac’s Bill Evans, who’s good at tipping rate cuts and racehorses! I’ll share their tips with you tomorrow — you can bet on that!