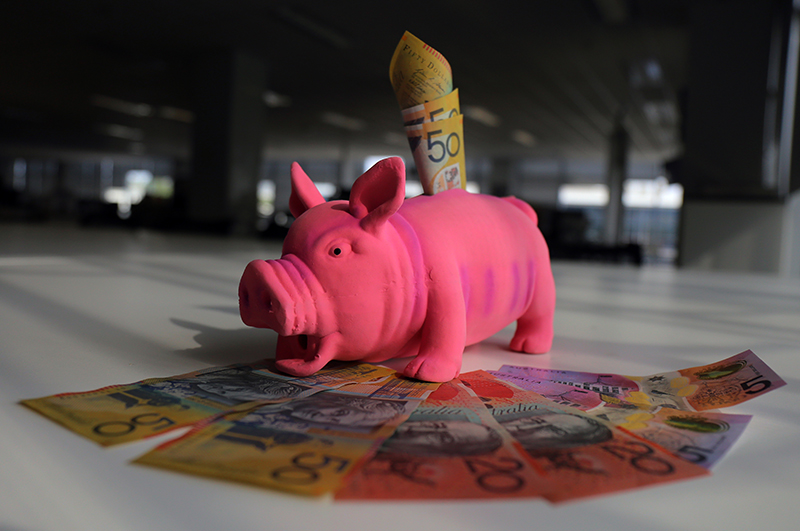 Consider this as a community announcement: there have been some scam merchants at work and they’ve been hacking into super accounts and stealing millions of dollars!

These low-life individuals have affected many super trustee’s accounts in the following funds — Club Plus Superannuation, HESTA, Hostplus, Australian Super and LUCRF Superannuation. And the reach of this long-arm of lawless has gone into NSW, Victoria, Queensland and Western Australia.

But the encroachment into too many Aussies most important asset (their super) hasn’t stopped there. The hacker/thieves achieved unauthorised access to the money data held by a range of brokers, including CMC Markets Stockbroking and IG Markets and CommSec, the SMH reported.

The money was transferred to local banks and then to Hong Kong, where the SMH says the proceeds were ploughed into jewellery and the currency of choice for smarty hoodlums — cryptocurrency!

We’re told a Ms Vella-Arpaci and her associates with the likely names of “Moneymonkey”, “H”, “Elvy X” and “Steven Rocks” have hoovered up their proceeds for some time before detection. And it sounds an unignorable warning bell for all of us with super and who show little regard for this million-dollar asset!

The younger average Australian will retire as millionaires because of super but I’m staggered how many people don’t know what their fund returned, what fees they’re being charged, what their balance is and some aren’t even sure what fund they’re in!

The selection of your fund, the selection of the option (be it conservative, balanced or growth) can mean more than a hundred thousand dollars of difference in retirement. And if that doesn’t motivate you to get off your butt and become super-interested in your super, then do it to make sure no-one’s stealing your super!

That purely came from investing in the S&P/ASX 200 Index and simply re-investing the dividends. Historically on average a stock market returns around 10%, with 5% coming from dividends but this number is worked out for a decade.

If you invested your money like this, you’d have to endure the ups and downs of the stock market. And we can cop negative years, say three times over a 10-year decade, so you’d have to learn to live with volatility.

Super funds don’t put all your money into the stock market. They look for diversity and add a bit of safety by putting some of your money into bonds, property, cash and so on.

However, these assets, being less risky or volatile, net lower returns. And it’s why most super funds try for a return around 7% for a balanced investor.

The safer assets bring down the returns and deliver more income to the super fund and you.

I recently participated in a podcast debate for The Australian newspaper with a smart young bloke from the Grattan Institute, who was arguing the case to help younger Aussies into property. This is a noble goal but I did point out that the often ‘despised’ baby boomers may have done well out of property but they didn’t have 9.5% of their income going into super.

For most boomers, their property is their ‘super’ balance and many are (or will) downsizing their home to get money for retirement.

Young people today find it harder to buy homes because they lose 9.5% of their income to super but they will be richer in retirement.

An old rugby league Yorkshireman once said: “You win a bit, you lose a bit and you don’t grumble.”

Young people have been blessed having super but if they don’t respect it, they’ll end up with a second-rate asset.