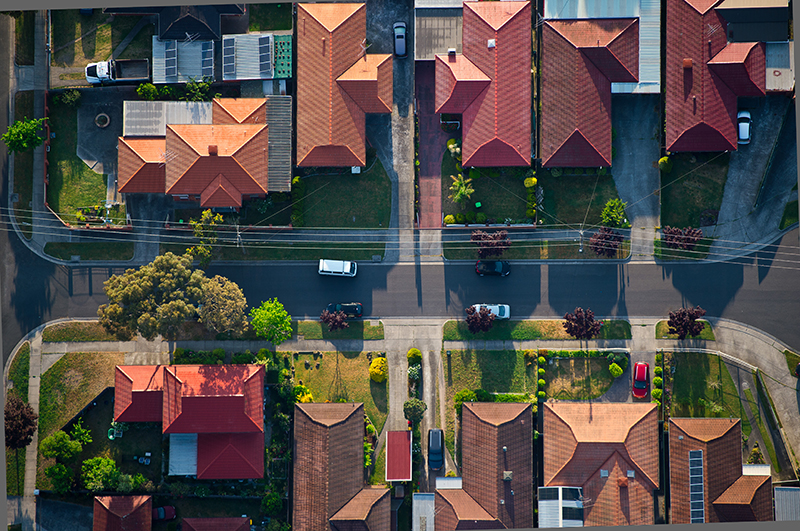 A soft landing for house prices

Headlines can be misleading and the AFR showed this in spades earlier this week with its coverage of the OECD report on our economic future. The front page screamed: “Threat to good times, says OECD”. In contrast, page four was a little more accurate and less dramatic with this headline: “OECD tips a soft landing for property!” (I added the appropriate exclamation!)

Page 1 scared me, while page 4 calmed me down. But what was the truth?

If page 4 tells the real story, you have to ask why the newspaper didn’t run with a headline such as: “Leading forecaster says “No” to property price crash!”

Clearly, the Organisation for Economic Cooperation and Development (OECD) has two views — a likely view and a possible worst-case scenario — but let’s look at the scary one first and then the more likely one to test the credibility of the two yarns.

In many ways, the Paris-based think tank stated the bleeding obvious when it told us a hard landing for property prices would  clobber our great economic record and bring us into possible recession territory.

It says budget surpluses, tax reform and a stability with energy prices are critical to prepare for future economic challenges. We have to be careful that a more serious house price collapse doesn’t threaten a financial institution that could have serious economic implications.

However, even the AFR recognised what the OECD really thought about our future: “A soft landing for house prices remains the most likely scenario.”

And while it thinks the RBA’s low interest rates have increased household debt to threatening levels, it says: “In the absence of a downturn, a gradual tightening [of interest rates] should start as inflation edges up and wage growth gains momentum.”

Specifically on housing, this what the forecaster said: “House prices have fallen , although only gradually since late last year. The current trajectory would suggest a soft landing but some risk of a hard landing remains.”

Watching mortgage defaults, it says, is important but they don’t expect a problem here. A collapse of house prices would hurt consumer spending, as homeowners feel less wealthy and that could slow the economy down and even threaten some bank balance sheets.

All this follows a controversial speech by Dr Guy Debelle, the RBA Deputy Governor, who said we’re in “unchartered territory” with the house price fall, which is literally correct, as both Melbourne and Sydney have never had house prices so high after such big booms.

However, he still thinks the next move in interest rates will be up but that will be some time off. And he certainly made the case, even echoed by the AFR’s John Kehoe, who wrote: “The paradoxical position is more favourable than the usual scenario of declining house prices being accompanied by rising unemployment and a weak economy.”

This has been the point I’ve continually made while trying to hose down the ‘fires’ that burn for those who really want to be proven right that house prices will collapse. Be clear on my view that if the expected economic outlook for Australia is right, which is for solid economic growth for 2019 and no US recession in 2020, with China re-stimulating its economy, then we will avoid a collapse of house prices. This view is held by the IMF, the OECD, Treasury, the RBA, most economists and property price expert watchers. While many of these ‘experts’ are not infallible, if I was forced to go to the races and bet every Saturday, I’d rather take tips from Chris Waller or a form student, than some ‘plonker’ whose best form on forecasting the future is unknown and primarily in his or her bloated opinion of their own personal greatness.