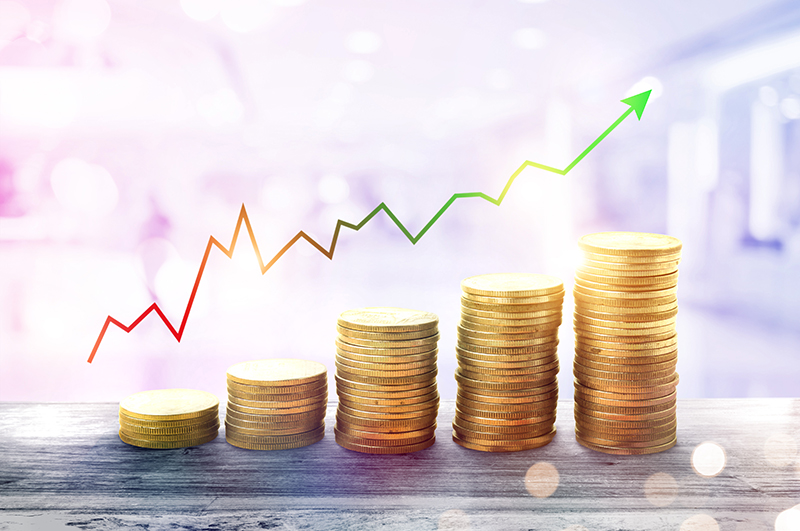 A negative economist jumps on board the positive train!

Doomsday merchants who hate my tendency to underline the often ignored economic positives (especially by the media), won’t be happy to hear that UBS economist, George Tharenou, thinks the tax cuts will pump up the September economic growth number to, wait for it, 0.8%.

That’s huge! And if he and his economist-buddy Carlos Cacho are right, it adds credibility to a lot of my “don’t worry be happy” recommendations. And if this economic revelation (which we won’t find out about until December because calculating stats is a slow business) happens to bump into a stock market surge because President Trump cracks a trade deal, then we could be off to the races!

But what do I mean when I say “races”?

Faster growth from the $7.8 billion worth of tax gifts on top of two (maybe more) interest rate cuts should lead to a treasure trove of goodies. I really hope George is on the money. And let me say, Mr Tharenou is not generally a “glass half full” kind of guy so for me to be rooting one of his big calls is a big call in itself.

Let me list what a better growth number in September could lead to:

1. It should lead to more jobs and lower unemployment.

2. Higher consumption, which George says goes from up a low 1.4% in June to a good 2%, which is good news for retailers and sellers of services.

3. A growth snowball would start rolling, taking our economic expansion from a worrying 1.4% to 2.2% this financial year and then 2.6% in the following year.

4.  The better growth will put less pressure on the Treasurer to cut into the budget bottom line because there’ll be more jobs and tax collections.

5.  Stronger economic growth has to help a lot of companies, whose profits have been hurt by a slowing economy, which has to help stock prices.

6.  Higher growth improves the ratio between Household Debt and GDP, which has been something that has been used by doomsday merchants to predict Armageddon on so many fronts.

7.  A stronger economy puts more of a floor under house prices, with a recession capable of reigniting the house price drops that started in mid-2017, while a pick-up in growth should do the opposite.

8.   A period of convincing growth could even see the RBA surprise many economists and not cut interest rates again. That’s a longer shot prediction but it’s exactly what the RBA would love to see happen.

9.  The better economic environment should lead to improved business and consumer confidence and business investment would in all likelihood start to rise noticeably. It would especially spike if all this goes in concert with a Trump trade deal.

10. All the above should create the conditions to help wage rises go to a higher level from the current low, albeit slightly improving level we’ve seen recently.

The overall effects of all the above would help to fight the funk that has hung over our economy since a litany of events have held back growth. The challenges have included the trade war, huge bank lending restrictions, the related house price slump, the election anxiety syndrome, the Shorten policies that still dog Labor today, a revolving door of Prime Ministers and concerns about bond markets predicting recession.

Clearly, I have looked for the best case scenario but I like it when someone like George Tharenou, who doesn’t easily go long on positivity, starts talking up the economy.

By George, I hope he’s right!