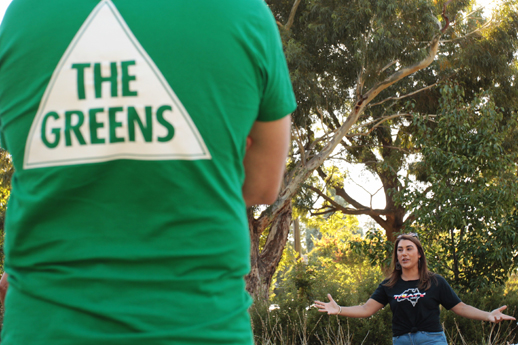 A Green's Batman rides to the rescue of refund robbed retirees!

The crackdown on retirees and their tax refunds has become critical to the outcome of Saturday’s Batman by-election, where the Greens have outraged Bill Shorten by promising to fix his potential changes in the Senate.

So you could say a Greens Batman is coming to the rescue of flabbergasted retirees with a self-managed super fund. But wait, there are more who could be trapped by Bill’s tax refund clawback — there are really low income pensioners who get a small refund from the shares they hold outside of super!

You can never trust either side of politics when they come up with these numbers but Saturday’s election will be an interesting test of how acceptable Bill’s policy is, because it does affect say a middle income Australian with an SMSF as well.

Labor is really worried that the seat could go to the Greens. Batman was once dominated by David Feeney, who, like others, was found not to be a ‘real’ Australian, which meant he was thrown out of Parliament.

Making it worse for David, Bill Shorten wanted a more appealing candidate after the former Member for Batman was found to be a committed property investor, with negative gearing.

And while this pre-election revelation in 2016 is not illegal, the problem was Mr Feeney had failed to declare a $2.3 million house on his parliamentary register of interests, saying it was an oversight.

Bill lost the election by a whisker and I reckon David hasn’t had play lunch with Bill inside Parliament House since!

Another worrying consequence of Bill’s tax refund change proposal is that many are saying many will avoid shares and head for property or any other tax-charitable products, such as investment or insurance bonds.

So how could the Greens ‘Batman’ fix Bill’s policy?

They could give an exemption to those already retired but put a cap on the size of the refund. After all, the Government put a cap on how much you can have in your super fund of $1.6 million when you go on to a tax-free pension.

Labor has admitted that 1.2 million taxpayers will be affected and 14,000 on a full pension will lose their tax refund. And I wonder if the numbers could actually be higher? That aside, why wouldn't Labor want to give exemptions?

The trouble with most tax changes aimed at the wealthy is that if Bill designed a tax policy to get the really wealthy types, the number would be too small to really rake enough cash to justify the political heat.

Bill has gone after $5 billion by killing the tax refund. If he gives fair exemptions, the gains would be whittled down to where I don’t know.

Ultimately, it would be determined by where Labor set the income level that says a retiree is wealthy to be slugged.

If someone is on $50,000 from a super pension and $5,000 is the tax refund from shares, if you take that $5,000 away, it’s a 10% loss and it could mean that private health insurance or running a car becomes unaffordable.

Politically, this becomes an even bigger problem when the children of these retirees start hearing about how Labor proposes to make their life really less enjoyable.

That’s why the Greens ‘Batman’ is riding to the rescue. "We want to make sure that these proposed changes don't accidentally end up hurting the very people Labor says they want to help," Senator Di Natale told the AFR.