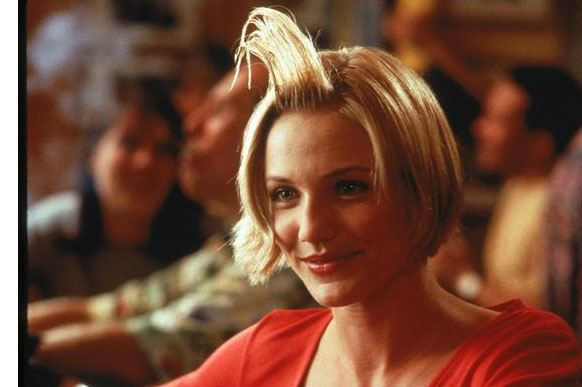 A Greek Eurozone exit could cause a hair-raising sell-off

On Monday, our stock market gave into Greek anxiety but it was only a subdued response. Over here in Europe, the Greek intransigence caused a serious sell-off. Ironically, this is what might be needed to talk sense into both parties in this debt bailout drama, where failure could be more worrying than most of us think.

I know Greece is only about 0.39% of world GDP but if Grexit then led to Portugal, Spain and Italy going back to their own currencies, we could be talking about an economic curve ball that few central banks of G7 governments would know how to play. And the problem is that the Greeks know this and so does the IMF, the European Central Bank and the EU.

So do the Yanks and that’s why the US Treasury Secretary, Jack Lew, stuck his big bib in, virtually telling the negotiators that a major mistake could create a market accident that nobody needs right now.

The whole QE game around the world is based on getting individual economies and then the global one stronger. Then normalcy, one day, might return, with interest rates higher to reward savers and growth stronger to reward jobseekers with jobs and businesses with profits.

The stock market has believed the story that economies will eventually grow to deliver growth, profits, jobs, etc. via QE. If we have a Greek-inspired market slump, things could get out-of-hand. On the hand, it could be a short-term blimp but we don’t know and the uncertainty could be the killer.

A Financial Times article told me that “One-third of investors expect Grexit”. Of course, like all media outlets, the FT played the negative card when it looked at a GAM survey of 78 top institutional investors on what they expected would happen with Greece — exit or not?

The FT could have used the headline “Two-thirds of investors don’t expect Grexit” but maybe I wouldn’t have read a less scary story. Well, in reality, I would because I don’t want to see the Greeks leave the Eurozone but it’s possible.

Over April, Greek households and businesses pulled 4.9 billion euros from the country’s banks, fearing what a Grexit might mean but over five months, 12% of deposits have left the banks. That’s huge!

I asked my hotel owner at the Aphrodite Villa Hotel on Lemnos, where I’m based, if was he worried about a Grexit. He said, for him, no, but for the Greek people, yes. He said a lot of smart richer people had drawn their money out of the banks already, as they feared a Cypriot-style bank slug, where those with deposits over 100,000 euros copped a 20% deposit tax!

My driver from the airport, who is “sick of austerity” said if Grexit happened “it would be a catastrophe”.

She has copped pay cuts since the debt problems and tough bailout conditions that has created 25.6% unemployment. That said, she picked us up in a new, neat little Ford and was on 14 months paid maternity leave!

When we left Athens airport, customs was terrific. We passed through the customs check in about two minutes, which made me think of US customs that can take two hours on a bad day. It was like stepping back in time walking through customs, as if September 11 had never happened.

I liked it but it felt un-modern.

Then the boom gates at the airport were faulty and queues were forming. People who’d paid for their parking found their tickets did not lift the boom gate. The invisible man on the microphone at the gate told people to “go back and pay more” but their cars were blocking the exit and therefore those who obeyed left their cars at the gate as paid for another ticket! It was bedlam, Greek style, with men yelling at the invisible guy on the microphone who eventually relented and let everyone through.

Don’t get me wrong, I love Greece as a tourist, but it needs a real world reality check — a 14-month maternity leave (which doesn’t apply to all Greek mums, but public servants) is unbelievable.

When I was leaving Athens, I had the beginnings of a cold and my host went to buy me some medication but the pharmacies were on strike! Yep, in Greece, even small businesses go on strike. It was over pharmacy products to be sold in supermarkets, which is an issue in Australia too, but strikes? And for small business owners? It sounds so Greek.

On some of the sticking points between Greece and its lenders, who are mainly the European Central Bank, the International Monetary Fund and the European Commission, there are a number of hurdles that must be met by the end of June before they get their 7.2 billion euro bailout deal.

One is that, in total, they have to pay 1.2 billion euro by 30 June after delaying their 300 million payment that was due last Friday. They actually used an option (that the IMF permitted for Zambia in the 1980s) in delaying a payment and bundling other June payments into one biggie at month’s end.

The creditors want the new, leftist Greek Government to simplify the country’s VAT rate at 23% except for essential food and medicines, which would be reduced to 11%. However, the islands would lose their VAT exemptions but the Tsipras Government won’t buy this latter idea.

The big battle is over some pensioners to lose their 13-month pension. Yes pensioners on less that 700 euro a month are on a 13 month pension and the lenders to Greece say this has to go.

The lenders want about 22 billion euro worth of privatization but the Greek Government has ministers who refuse to accept this option.

To be fair, the previous Greek Government followed the austerity program imposed by its lenders and it explains the 25.6% unemployment. The economy shrank 0.2% in the March quarter and 0.4% in the December quarter of last year, so they’re in a recession again.

Austerity is slowing the economy, which makes the creditors demands of a 1% of GDP budget surplus this year very hard to achieve. Current projections puts them at a deficit of 0.7% of GDP, which is not bad, considering it’s in a recession and our deficit is around 3% of GDP.

Yep, the Greeks with negative growth have lower deficit than we Aussies and we have growth around 2.5%, so the poor old Greeks are copping it. And they’re expected to get to a surplus of 3.5% of GDP by 2018, which a lot of economists say is not only unreasonable, it’s unachievable.

The Greeks do need to get real on so many old world practices and expectations. So do the lenders doing the negotiations or else there will be an exit. If that happens, the question marks will spook stock markets and could lead to other Eurozone members following suit.

We don’t need a Grexit but only a whole pile of Europeans in these debt negotiations getting real could help us avoid a Greek-created tragedy at the end of June.

One final point about Varafoukis, who lectured economics at Sydney University a couple of decades ago. He’s an expert of game theory and people who play these games will often take a conflict to a dramatic point such as a war for two countries in conflict to expedite a more realistic outcome.

I hope he doesn’t take the EU and financial markets where I really don’t want to see them go, so the Greeks will get a more realistic bailout deal.

Things got serious as the 18 June date looms later this week and this is the day when Varoufakis thought a deal would be clinched. If nothing happens, the drama will build when the Greeks must pay up big time on 30 June.

On Monday, the Pireaus Bank’s share price was down 12% while the Alpha Bank and Eurobank Ergasias were down 9% and 6.8% respectively.

Meanwhile, 10-year Greek bonds shot up to 12.2%. If things were really scary and hopeless, they’d be 20% plus, so a bailout rescue play could eventually show up.

By the way, if you need to see proof that this Greek thing could become infectious, then you should know that Italian and Spanish bank stocks also copped it today.

Over 70% of the Greek population want to stay in the Eurozone, so the Government has to crack a deal. I believe the key players — the PM Alexis Tsipras and Varoufakis are playing a game where, if they screw up a lot, people will get hurt in the hip pocket.

It won’t be economically or market-wise terminal but it will be a shock that will create some bad days at the office for stock players.

Of course, at some time, provided Italy and Spain don't play follow the Greek, there will be a buying opportunity after stocks fall but this is a game I don’t want to even think about.

I haven’t got enough hair for that kind of thing!