A billion reasons to do a 180-degree turn in your life!

This might surprise you but I’ve been watching the US Showtime drama Billions that I’ve picked up on Stan. It’s about an aggressive hedge fund operator Bobby "Axe" Axelrod who makes billions, but not always the legal way, and a US attorney general who’s trying to lock him up (he’s not without his “issues”!)

Apart from the intriguing drama and high finance lessons, it informs a lot of people (not like me) about what hedge fund managers look at and how they can make big killings, as well as losses! But the series gives out so many life lessons for someone like me who is always on the lookout for such things.

The US attorney, Chuck Rhoades, is married to a psychologist, Wendy, who, ironically, works for Bobby’s firm, Axe Capital! Her job is to keep the highly motivated traders at Axe Capital believing in themselves as ‘masters of the market’ or up themselves swindlers. (That might be a bit harsh.) 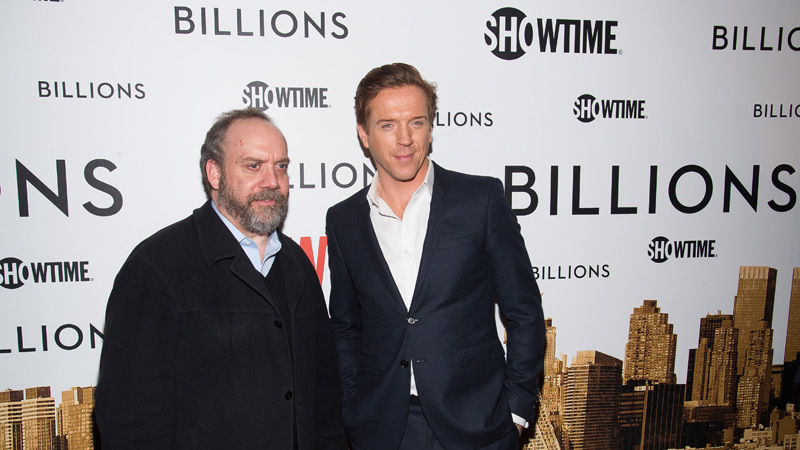 After too many episodes of losing out to the quick-thinking Axe, Chuck had an epiphany. On the advice of his wife, he decided he had to do a 180-degree turn in his life and his approach to doing his job.

Wendy also recommended to one of Axe’s employees that they needed some clean air and to get out of their current situation and do something different.

These two pieces of ‘advice’ sound like damn good counselling for many of us. I reckon Nick Kyrgios, Bernard Tomic, Malcolm Turnbull, the blues-boozing footie player — Josh Dugan and Blake Ferguson — and a hell of a lot of us really, could benefit from a 180-degree turn in our lives and making a move into the clean air zone.

One of my favorite episodes of Seinfeld was one when George Costanza, a habitual life loser even on his own admission, did a 180-degree turn and consciously decided to do the opposite.

This is how the episode’s storyline developed: George Costanza: “Every decision I have ever made in my entire life has been wrong … Every instinct I have in every aspect of life, be it something to wear or something to eat, it's all been wrong.” Responding to this, Jerry Seinfeld said: “If every instinct you have is wrong, then the opposite would have to be right.”

You commit to a new set of rules that redefines your life. Hopefully, you start getting results that make you happy rather than unhappy.

Someone close to me recently said that the best advice I’d ever given them was ‘to say the second thing that comes into your head”. I reckon that was one of the best pieces of wisdom I stole from someone wiser than me!

At the core of life’s disappointments is rejection, and I’m pretty sure some of the key players in Billions suffer from that, big time. Rejection for a job, by a life or potential life partner, a coach, a major customer for your business or a so-called family loved one can really make you question your life and your self-worth.

However, a guy called Jia Jiang did a 180-degree turn on what rejection meant to him after embarking on a project of 100 days of rejection!

He captured his take-home messages in a TED talk in Austin, Texas.

This is a summary of his 180-degree turn:

Like most of us looking for the meaning of life, he went to Google and discovered something called Rejection Therapy, which is based on going out to look for rejection!

Jia decided to seek rejection for 100 days, film it and blog about it. And that summed up his 180-degree turn.

He thought of crazy stuff, such as asking for a burger refill rather than a drink refill at a burger joint! There were a lot of people who said “No!” but he got a lot of surprising “Yes’s”. For example, he asked a random stranger if he could play soccer in his backyard and the guy said: “Come on in.” He asked a flight attendant if he could give the pre-flight safety announcement and yep, he got a yes!

And the doughnut story was icing on his rejection cake. Going into Krispy Crème, he asked for a collection of doughnuts in the shape of the Olympics logo. They did it and didn’t charge him!

That got him five million downloads in two weeks. He later had emails from people who also had trouble with rejection and his video was helping people overcome their rejection anxieties.

What he learnt was that rejection is a natural part of life. Even when Obama won the US election, he got 51% of the vote but 61 million Americans rejected him in the process.

C.S. Lewis, author of The Chronicles of Narnia, was rejected 800 times before he got “Yes!” for one of his manuscripts. His rejections gave him a chance to improve. When you can see a “No” as a basis for self-improvement rather than depression, you’ve made the best 180-degree turn of all time.

I’m not sure if Jia has created the business he aspired to but he certainly has produced an extraordinary marketing response and could be seen as a solver of a problem that billions of people would love help with: coping with and leveraging success out of rejection.

This ability to turn a negative into a positive is a skill we all need to work on. And we need to share this idea with our friends, staff and family.

And I can think of billions of reasons why!