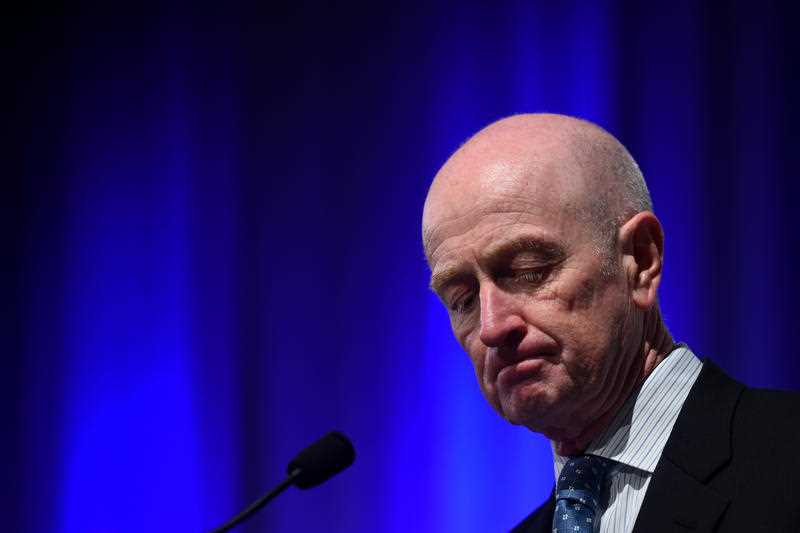 A big Budget threat - that damn Oz dollar at 81 US cents!

As a fellow follicly-challenged bloke to Reserve Bank Governor Glenn Stevens, I think I can crack the joke that if he did have hair, he’d be losing it over that damn Aussie dollar! This morning that sucker is 81 US cents! This doesn’t help Joe’s Budget assumptions and could easily affect his hairline too, though he could do with a few less follicles!

By the way, I know some readers have asked me why our market is having trouble crashing through 6000. If the dollar was closer to where both Joe and Glenn would like it to be, then we’d be around 72 US cents and I think the 6000 barrier would’ve been broken.

Depending on how you calculate GDP at current prices (or what economists called Purchasing Power Parity), we’re either the world’s 12th biggest economy or the 19th but we’re the fifth most traded currency!

In case you’re interested, the lists created by the IMF, the World bank, the UN and the CIA (yes, the spooks do have a CIA Factbook, which I guess leaves a lot out!), all say we’re number 12 in the world!

The team at FX Daily tipped the next stop for the Aussie could be 81.2US cents but critically they report “Despite the fresh monthly high, DailyFX Speculative Sentiment Index (SSI) shows the retail crowd remains net-short AUD/USD since May 12, with the ratio currently sitting at -1.19.”

This is ‘forex-talk’ for: we think the Oz dollar will sink.

All this wishing and hoping for our currency to dive to help the economy, job creation, Joe’s Budget deficit and our stock market really seems weird but we did live through a period of a persistently high dollar. First, the mining boom was to blame, then as countries such as the US tried to revive their economy by quantitative easing (or easy monetary policy), their dollar slipped and ours remained elevated.

That hurt our economy and helped theirs and was especially so recently, as the mining boom petered out and our damn dollar remained stubbornly high.

How come? Blame the Yanks for delaying their first interest rate rise out of the near zero zone, other countries now living with QE programs (such as Europe and Japan), which makes our interest rates attractive to fixed interest lovers, and the fact that the Reserve Bank has been too slow to cut rates.

I know some might be thinking, “here he goes again with his interest rate obsession and his harassment of poor old Glenn” but it is a part of the story. If the RBA had seen the weakening economy, which is now growing at 2.5% or maybe lower (though I hope not), they would have cut faster and deeper, which would have shocked those suckers in the foreign exchange market and sent the dollar down, which would have taken both economic growth and stocks up.

I am obsessed with growth because it creates jobs, kills relative poverty, KO’s deficits and pays back debt. If I think policy is frustrating the goal to get greater growth, then I complain. That’s my job and I took great heart when News Corp’s economic expert, Terry McCrann actually said I was right for being critical of the RBA for being too slow to cut rates.

I admire Terry’s grasp on economics and he is a provocative writer, but I never expected him to give me a compliment as we sometimes have different views, so I told him I’d get that footage from last night’s show when he said that and keep it for posterity!

Explaining some of the rise in the Oz dollar overnight was a flat retail sales number for April in the US, which makes some speculate that the second quarter economic growth numbers will be weaker than many hoped. The next thought that follows is that the first rate rise by the Fed in the US comes later, rather than earlier, and McCrann thinks it could be between this September to 2016!

There was a time some experts tipped it would happen in the first quarter, then June became popular. After the first quarter economic growth number was 0.2%, they went to September but more and more started saying it might not happen until 2016.

This is a big reason why our market has stalled and gone up and down below the 6000-level, but when the Yanks do move, things could change.

That said, we could be caught in a downdraft, as Wall Street is bound to react negatively in the short term to the thought of the first US rate rise being imminent. After it’s seen as a sign of economic strength in the States, then it will be stocks surge time again, and with a lower dollar, we’ll take out 6000 and start heading towards 6800.

The bad bit of this story could be that the Yanks could ruin the rest of 2015 for our economy, our stock market and Joe’s Budget. It also makes life for Glenn very hairy, if you can excuse the pun.

I’ve called this bull market a long, stretched-out, less-than-pumped one for some time and I still believe that this is what we’re living through. It’s not as exciting as I’d like but still positive. I’m punting that stocks in 2015 will be more rewarding than term deposits. Only big hairy bears would disagree.