A bad bad inspiration for the best things I've ever heard!

How’s that song go that describes what I did last Saturday on my most inspirational Virgin flight from Sydney to Melbourne? That’s it and it’s what my wife Maureen said to me: “Baby, you did a bad, bad thing!”

Yep, I broke the unspoken rule of people who know what privacy laws are all about, when I secretly took a picture of a woman I’ve admired for decades. Of course, this’s no justification for me doing this but I reckon in the court of public opinion I might just get a jury who’d let me off with a warning.

So who was it? And what’s the case for my wrongdoing being viewed as a contribution to uplifting society?

Let’s deal with the ‘who’ first.

As I climbed into seat 1A on my plane, in 2A was none other than someone who I have quoted in my speeches for decades. And I’ve shared her reflections on her career countless times in these inspiration pieces I punch out for Weekend Switzer.

Yep, it was the Saturday before the start of the Australian Open and my favourite tennis player of all time, Chris Evert, was sitting there looking fit enough to take the court, just as she did when she created the best winning record ever of close to 90% in the 1980s. On top of that, she claimed 18 grand slam titles and three doubles titles.

And while I loved watching her play as a young man, I’ve been inspired by that great quote from her that goes: “There were times when deep down I wanted to win so badly I could actually will it to happen. I think most of my career was based on desire.” 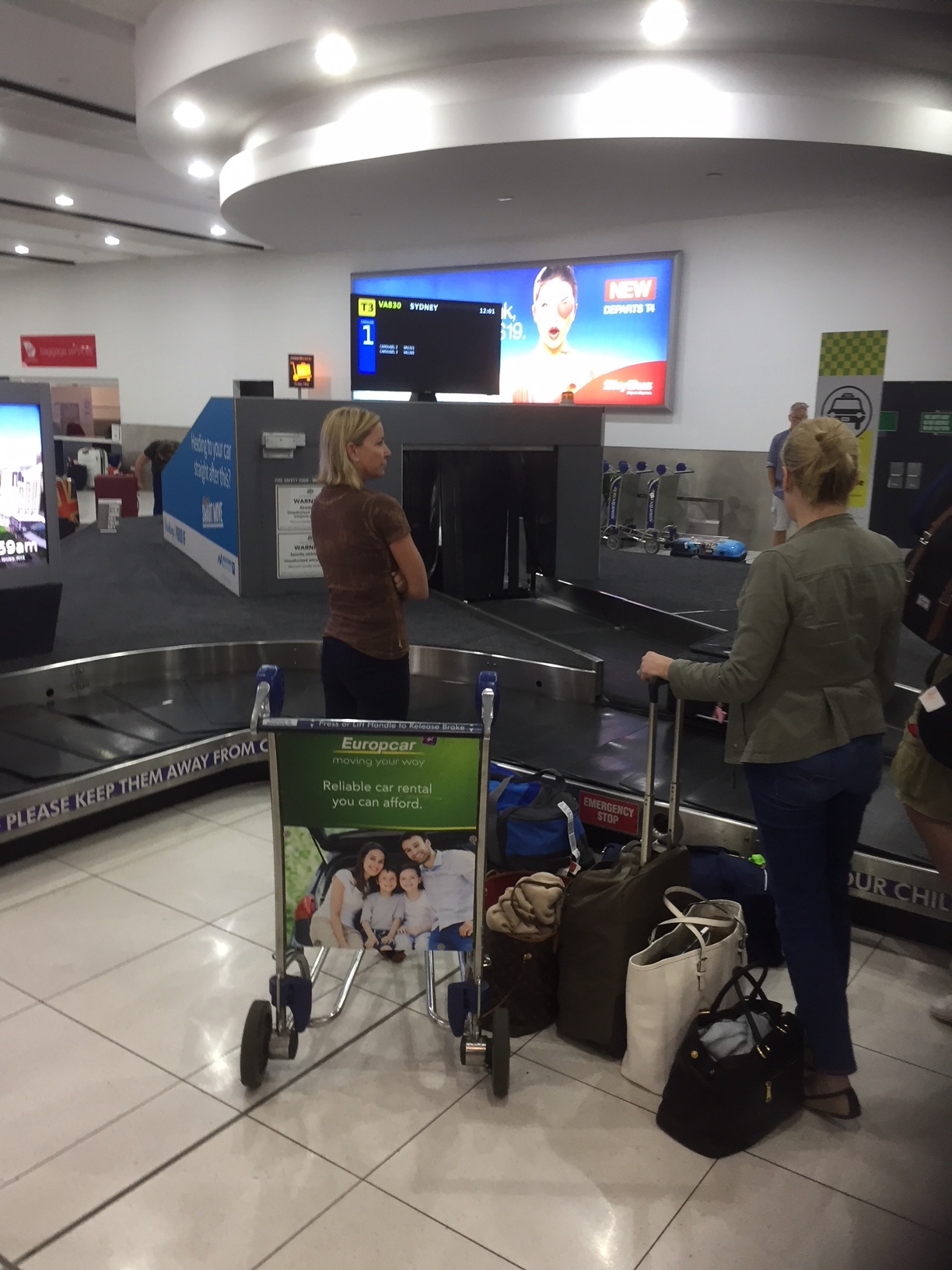 I think this is magic. It sums up why most people don't fulfil their potential, build great careers, businesses, relationships and even wealth. They simply don’t desire it enough.

As the English novelist George Gissing told us: “Have the courage of your desire”. That is so spot on.

I don’t know who said this but I’ve always loved it: “If you don't sacrifice for what you want, what you want becomes the sacrifice!”

The legendary US business speaker Jim Rohn always talked about how important it was for us to challenge our comfort zone. And Robert Allen, who co-wrote The One Minute Millionaire, summed it up brilliantly with “Everything you want is just outside your comfort zone.”

People like Chrissy Evert sacrificed, like few on the planet have done, to get the win-rate and reputation she created. And great achievers leave us a gift, which is a virtual road map of how we can go to the next level for ourselves and how we can inspire the people we lead and love.

When I think about how many times I questioned my own desire when results were not as great as I might have liked them to be, Chrissy’s words have come back to me like a tough love mentor or coach, forcing me to ask: “Do I really want to win deep down?”

I’ve been blessed because of the media business to have hung out with the greats of business, sport, politics and the arts, and I was often in the position of being expected to ask questions.

I always try to think about what my viewers, listeners and readers want me to ask but deep down, I’m also asking for me.

One of my other great inspiration-givers is John Maxwell, who wrote the 21 Irrefutable Laws of Leadership. John is a great advocate of self-improvement. “The Stone Age didn’t end because humans ran out of rocks,” he argues. “It ended because we kept learning and improving. If you think about it, the desire for self-improvement is written into our DNA.

“Through the ages, the most successful people have been those who could tap into their deep drive to improve themselves. Learning to perform better day by day and studying those who share that commitment is a special passion for me, and I believe it’s important for any leader.”

When he last toured Australia (he’s coming back again this year by the way!), John told me that when he was a young man, his mentor asked him: “John, what is your plan for self-improvement?” He confessed he didn’t have one but that question changed all of that. He’s now one of the highest paid leadership speakers in the world!

John tells us “leadership is not learnt in a day but daily” and so I’m always looking to learn from legends, high achievers and those who venture outside their comfort zones.

Last week, I told you I’ve been ‘hanging out’ with one of the world’s best hedge fund managers, Ray Dalio, via his book entitled Principles.

In creating the culture of his business, which has left him as one of the richest guys in the USA and, therefore, the world, Ray realised the great people he hired were smart, but some had “emotional barriers” that stopped them from progressing.

It was comfort zone stuff that he provoked his team with and some just couldn’t get outside of their comfort zone. “While almost all of us quickly agreed on the principles intellectually, many still struggled to convert what they had agreed to intellectually into action,” Dalio writes. “It is a rare bird who has the right mix of common sense, creativity and character to shape change.”

This is something all of us have to comprehend to get the best out of ourselves and then the others we lead and love.

Dalio says it takes 18-24 months before some new hires “become comfortable with the truthfulness and transparency that is such an essential part of the Bridgewater culture — especially accepting one’s mistakes and figuring out how to deal with them.”

He explains that with all organisations, success comes down to “people and culture.” And these are the objective questions I’m now asking in 2018 about myself and my team and I’m pondering about the calibre of our culture.

The people I’ve been hanging out with lately, from Chris Evert to Ray Dalio and even to Tony Robbins, are all pushing me to desire more, deep down.

It makes me really want to play out every day of 2018 with enormous enthusiasm.

It was this enthusiasm that made me turn around on my seat and introduce myself to Chris. After telling her who I am, I told her that I’d been using her words in my speeches, on my TV shows and radio shows, as well as my writings for decades and I actually re-quoted them to her, eventually asking: “Did you actually say those words? And I ask this because my sub-editor was never able to find on Google where and when you actually said them!”

She said: “Yep, I did say them” and she gave me a very satisfying smile. And following that I just had to sneak a shot while she waited at the carousel to collect her bags!

I don’t expect any legal action from Chris. But I do expect lots more action from myself. Watch this space.