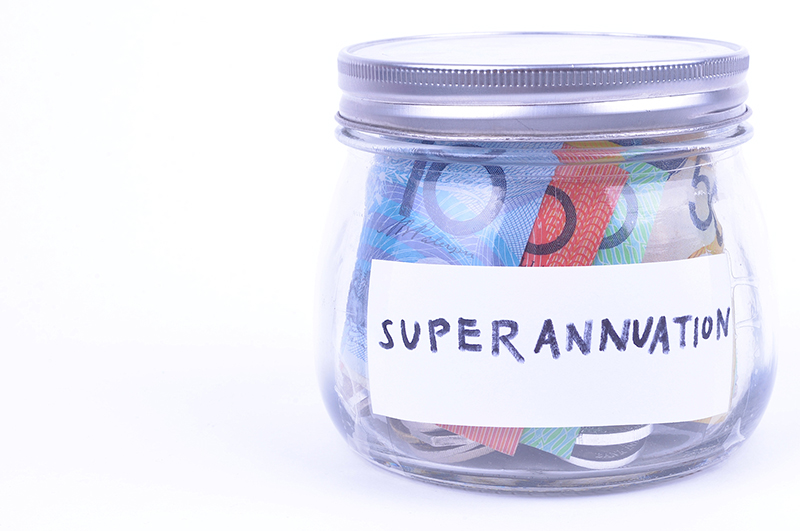 6 sexy steps to boost your super!

Yesterday, the team on Seven’s Weekend Sunrise asked me to help women turbo charge their super balances. The hosts pointed out that women retire with $50,000 less than men but they failed to mention that both male and female super balances are a long way from super. It’s just that the average end balance of women is terrible!

What can be done to fix this problem? Now this is not secret women’s super business, because what I’m going to advise works pretty well for blokes as well.

The starting point problem for super is that it’s not sexy like property. Everyone wants to talk about property when we go out to dinner but who wants to spoil a good night out by uttering the word “super”?

That would be me!

I know Monique from Sunrise was hoping I’d have some really good lesson for Canberra that might be a magic bullet that would shoot ladies’ super funds into “pretty good” land. Alas, I don’t have much on that. That’s for politicians and what they think they can get out of employers, without hurting the economy in the short term.

The irony is that the negative of the cost impost of improving female pay would eventually be offset by the fact that women are better spenders than men. No, this isn’t pathetic male sexism, it’s a fact made clear to me by IBISworld’s Phil Ruthven, who explained that in a recession, women are far more valuable for getting us out of a tight economic jam than lousy men because they’re bigger relative spenders!

Anyway, back to the subject and here’s my advice to women wanting to either fix their super balance or take actions to avoid a super problem in the future.

The starting point is to take a leaf out of the great tennis player Chris Evert’s book.

She once said: “There were times when deep down I wanted to win so badly I could actually will it to happen. I think most of my career was based on desire.”

Anyone wanting to fix their super problem has to want it, like they might want to lose weight or get fit. You have to commit to a new way that will result in a better super balance.

Obviously, a lady in her 50s planning to retire by 65 has few options and I’ll do my best for that person after looking at what can be done for the 20-40 somethings.

Here are the steps you have to commit to if you want to change your super situation or predicament:

3. Get into the best fund — compare your fund against the best of breed and check out what you’re being charged.

5. Do a budget — get your spending under control. This could be another way you could turbo charge your super. If you spend more wisely, you might have more savings that could be channelled into super, either by direct contribution or via salary sacrifice.

6. Avoid dud partners — divorce is a wealth-killer. I’ve come across industrious men and women who have had bad partners who were lazy and crazy spenders and eventually did enough to kill a relationship and even ended up with half of the good partner’s super!

OK, those are the steps to get your super better placed to grow but I know I have to make this act of financial responsibility sexy enough to get you to change your old, less than super habits.

In a book called The Complete Idiot’ Guide to Getting Rich, which my wife Maureen and I adapted for the Aussie reader, I looked at an example of someone who slammed $2,000 a year into super between the ages of 21 and 30. That would put $18,000 in super. Let’s ignore the super gains over the first nine years and see what happens to this sum by an acceptable retirement age.

And if the $2,000 keeps coming into super from age 30 to 66, it would be over $500,000! Imagine if this was on top of the compulsory 9.5% that employers put into super for you. We’d be talking about a very comfortably retired Aussie down the track!

Obviously, if finding $40 a week or $2,000 a year is too hard, then $20 a week would deliver about a quarter of a million by retirement age, which on top of the compulsory super from employees should really be a nice boost to super in retirement.

Sure, some critics might say that lots of people might want to use that $18,000 and other extra contributions for a property, which I’d say would be a good idea and an alternative to boosting your super. As long as super or property are pursued to ensure women of the future end up with better super than the ladies of today, then my job would have been done.

The only trick now for influencers in younger women’s lives is to get in their ears and encourage them to desire a bigger super balance and then to “want it so badly” that “they can actually will it to happen”, as Chris Evert might say.

For women in their 50s with poor balances, there’s really only one thing you can do and that’s boost up your contributions. As the old saying goes “if it’s to be, it’s up to me”. So a second job on the weekend or a part-time business has to be the only way out. Of course, being in the best super fund that doesn’t over-charge is a good start.

Of course, for many women, this advice might be too late: be really careful about who you hitch your life waggon to — a dud partner can be very expensive and can ruin your super aspirations.

One radio caller, whom I talked to last year, was a dad who had an industrious daughter who married a layabout who hardly worked, except for when he was on his surfboard or trying to chat up other women!

They separated in their 30s and because the dad had put a fair bit of his gift money for his beloved daughter into her super fund, so she would be set for life, on separation she had to share it with her bludger ex!

Dud partners and divorce are two of the biggest wealth killers imaginable.

In the table below are the top 10 super funds that have been put together by Super ratings. These are for balanced super funds, which most people should be in so that they can accumulate a decent balance, without being too risky. I’ve selected the three-year time period to see funds that have a bit of a track record.

The returns are on the high side because there hasn’t been a bad year for stocks recently and the effects of the Global Financial Crisis have had no impact on the returns.

Good luck! If you want a super retirement, you need a super commitment to super. The sooner you start, the better. And if you’re a parent reading this, it’s time you started talking up super to your dear little pets before it’s too late!