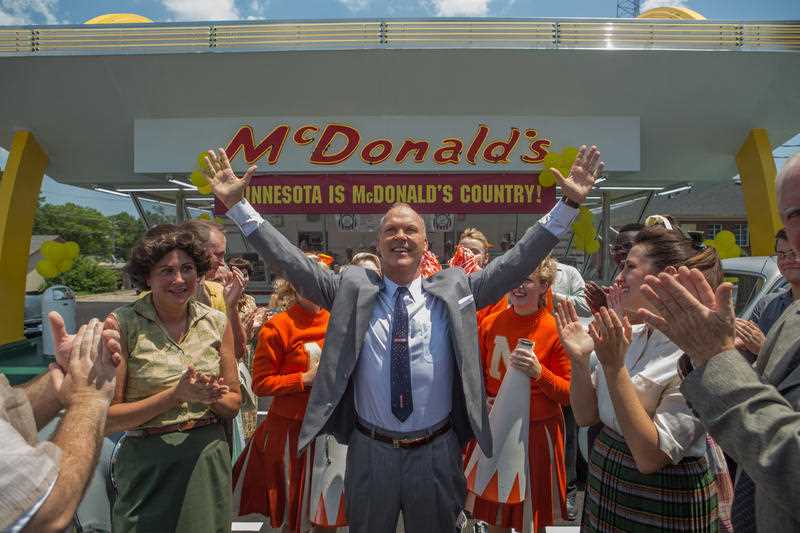 5 fortune-making films you must see!

Two recent events made me think about the importance of films to make someone financially smart enough to build some serious wealth. As a former school teacher, turned economics lecturer, turned media commentator, turned financial adviser, I know the power of film/video in grabbing the attention of those who are open to change for the better.

However, they run a mile from formal methods for self-improvement such as reading, paying for courses or expert help, etc.

The first event was my commitment to one of those US television dramas — The Good Wife — pedaled by Netflix, which was a quality show but seven seasons and 156 episodes later and I wondered if I could have made better use of my time?

Fortunately, I am often accused of over-working, so this binge TV watching was seen as an acceptable distraction, even by my harshest critics, namely my family! That said, as I seldom fall prey to these US get-you-in series — I dumped Game of Thrones by the third season when there were about five to six stories/themes going on in these 55 minute episodes, which meant the blonde dragon chick was never going to get to King’s Landing!

The second event was my flying to Italy for a break from TV and radio so I can finish my not-finished money book. Distractions can get in the way of moneymaking, money creations aimed at being good for my readers/followers and I guess, my bottom line.

On the plane, I saw two of my five fortune-creating flicks and it made me think how valuable films of this ilk can be.

The two in question were The Founder, which was the story of the man behind the McDonald’s franchise and the success it became — Ray Croc — and the second was an HBO documentary called Becoming Warren Buffett.

Anyone hoping Ray — played by Michael Keaton — was a great guy is going to be sadly disappointed. He was relentless in wanting to be a success and his focus in part explains why he turned a great San Bernardino burger business, run by two great human beings in the McDonald’s brothers, into the greatest food retail businesses and franchise systems ever!

(Yeah, I know some people despise the food but the scoreboard tells you, as a business, it’s a business legend!)

Ray’s focus was not the killer characteristic that made it all happen, it was also bumping into the guy who explained to him that he should not just be in the burger business but should also really be in the real estate business!

When he first started flogging franchises, the franchisees took out the lease from another landlord and that business model saw Croc forever in a cash flow crises without many assets on his balance sheet.

That changed when he became the franchise-seller or franchisor and landlord!

Lesson number one: have focus, but look for smarter people to show you stuff that enhances your moneymaking potential.

The second film was Buffett at his best. There are many important lessons here about reading all of the time, as he does for about five hours a day. He does what he loves in investing and so he does not really call it work.

He searches for a quality company, with great management at too low a price and he holds them for the long-term, unless major things change.

His life and investing observations are a series of great quotes such as: “The stock market is a no-called-strike game. You don’t have to swing at everything — you can wait for your pitch. The problem when you’re a money manager is that your fans keep yelling, ‘Swing, you bum!’”

The lesson here is: become a Buffett fan and get richer!

Don’t believe the idiot film reviewers if you want to build wealth. This film shows you how bad and tough small business can be.

JOY is based on a real life US entrepreneur, Joy Mangano, who created the Miracle Mop and tapped into those horrible but valuable shopping channels.

Like Croc, Joy shows unbelievable focus and persistence. That said, the troubles she faced in small business ranged from shifty suppliers, to corrupt rivals to money-hungry TV execs to pain-in-the neck family members, made her stronger. It’s a very real look at small business and it’s a visual lesson on what you have to do to succeed despite the threats you are bound to encounter in trying to build a business, or even your personal brand as an employee hoping for promotion and fatter pay packets.

The fourth film is Tony Robbins’ doco called I Am Not Your Guru, which was a Netflix production. Apart from Tony’s unending enthusiasm and focus, which underpins his success as a life coach and his incredible business, this film provokes you to focus on you to be the best you can be. And you do that by beating obstacles that hold you back.

He does the inspiration to self-improvement better than anyone and his commitment to making the people he grills at conferences, for good and caring reasons, has an enormous impact on not only the ‘grillees’ but the people who passively watch him on TV. He encourages us all to get out of our comfort zone to change for the better.

The book that made his name was “Awaken The Giant Within” and if you can do that in life, in business, in sport, in your relationships and everything you do, you will be a success and you will grow richer. That’s a huge lesson.

My fifth fortune-making film is Jobs and, once again, we do discover a less-than-loveable human being, but among the many lessons of this film was Steve’s disdain for the second-rate.

Apple was not an instant success and Jobs was not great at business but he was world class in understanding what consumers wanted. While others in the computer world wanted to be technically great, Steve wanted to give us what we want.

His near maniacal commitment to getting it right is a lesson we all need to prick our conscious when we really are playing a B-grade game.

All of the ‘stars’ of these films are abnormal human beings and that’s something to aspire to. They are all terribly focused but they know what they want and have worked out the price they have to pay for success.

You don’t have to aspire to become a new age Richard Branson or Bill Gates or George Soros but you do have to stop being like everyone else, who one day might be disappointed with their lots in life and their bank balances.

By the way, anyone who looks at Ray Croc and how he dealt with the founders — the McDonald brothers — in this film, should understand that these guys were never going to create the McDonald’s of today.

They actually started to franchise their business before Croc talked them into doing it again. A guy by the name of Neil Fox bought a franchise for Phoenix, Arizona and he told the brothers he wanted to call his business McDonald’s but they asked why? And they threw in for good measure the observation that the name McDonald’s would mean nothing in Phoenix!

They were great burger flippers and their systems for fast food were groundbreaking — this is what got Croc interested in them — but they just didn’t get it when it came to creating and growing a $31 billion business with over 37,000 locations with some 375,000 plus employees!

Ordinary people don’t create extraordinary results and my five fortune-making financial films are a less than normal way to kick off the changes that you might need to change your life and your bank balance, forever!