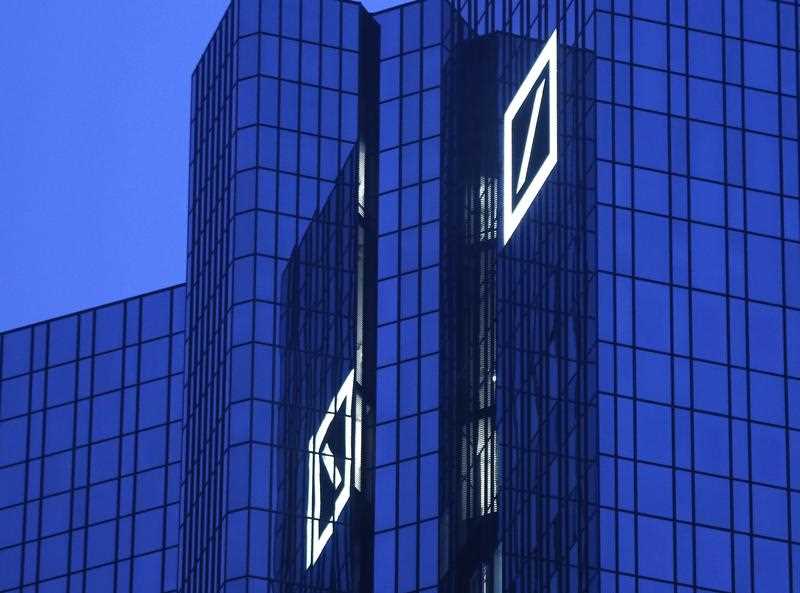 3 bankers better say the right thing or stocks could dive!

Three big bankers could well control what happens to stocks in coming days. I hope they use the right words, as one false mouth move could really get me worried.

I have to admit this new curve ball about the solidity of European banks is a new left-field curve ball. Sure, we knew during the Greek crisis that some banks on the Continent were a bit shaky but hell, there’s been regular pressure tests and no one in officialdom has waved the red flag.

The current trouble has come from Deutsche Bank — one of the biggest banks in the world. Questions have been raised that it might have to raise more capital, as it has a profitability problem. This has meant the products that insure their loans (these are called Credit Default Swaps or CDS) have become more expensive and have really spiked in recent days.

This isn’t like the GFC, where global banking was systemically undermined by over-investment in loans that were absolutely dodgy.

However, the right people in the right places need to say the right things at the right time. And two of those people are due to speak in coming days and the third better speak ASAP!

The first banker to report today is Ian Narev, the CEO of CBA. It would be a great fillip to  local stocks, because of the weight our banks have in the index, if our biggest bank surprised the market with a better than expected report.

Then on Wednesday and Thursday US-time, the Fed boss, Janet Yellen, addresses Congress. Every word she utters could worsen or improve the situation. She better get it right.

Until this recent negativity, it was thought the Fed could raise rates four times this year. However, the recent volatility on stock markets led to a belief that maybe we’d see only two rises.

After the US job numbers last week, some economists thought four rises were possible. I suspect they were on medication! We have some smarties calling for a rate cut but that would send out a message of desperation.

Yellen has to show that she and her central bank buddies (worldwide) know what’s going on and they know it’s not a GFC-rerun.

And that’s why a third central banker should come out of his ‘bunker’ and that’s Super Mario Draghi. I gave him the ‘Super’ tag not only because he looks like Super Mario but because he came to his job as President of the European Central Bank promising that he’d do “whatever it takes.”

He has to come up with something or markets will be left to their own devices, which worries me.

Overnight, European stock markets were negative but out of control, just like yesterday. The German Dax was down 1.11% and the FTSE in the UK was off 1%,

This could’ve been helped by the CEO of Deutsche Bank telling the market that his bank was “absolutely rock solid” but bankers can be doubted in these scary times.

I did like this from CNBC’s William Hobbs, head of investment strategy for Europe at Barclays, who overnight said,

"You're getting the capital markets being buffeted from gales from all corners…to our mind, the world economy, the real economy, looks in better shape than markets are telling us…that probably is telling us that those with strong constitutions will want to add to their developed market equities in particular."

In case you don’t understand his market talk, this is what he’s saying: “This is a buying opportunity!”

Now William could be wrong. I damn well hope he isn’t. And the best people to allay market fears should be the central bankers of the world, who should know what’s going on in the international banking system.

If they don’t, well, I will get worried!

With two hours to go until the closing bell, the Dow Jones Index was down 112 points (or 0.7%). So it wasn’t showing panic.

But how did it finish?