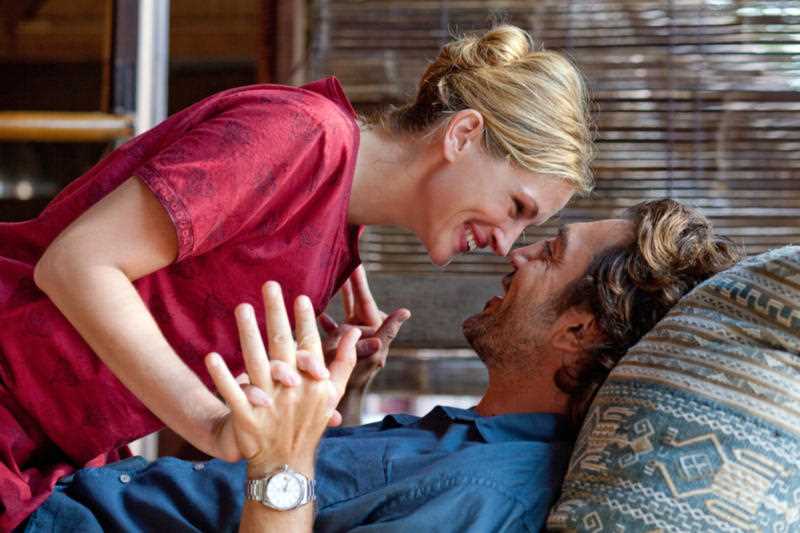 Eat, love and pray for inflation!

Today is another big day for the Australian Bureau of Statistics. If you add the Census debacle to the question marks over its job numbers, then you’d have to admit the country’s chief number cruncher has been having a shocker!

When we get the latest inflation number today, firstly I hope it’s a bigger-than-expected jump in prices and secondly, that no one says they don’t believe the numbers.

Along with many others, I lived through the 17% home loan interest rates of the 1980s, with not only a mortgage but two kids, so I know it sounds weird that I’d ever get down on my knees and pray for inflation.

For those Gen Ys and millenials who might be reading this, that gut-wrenching experience of waking up and listening to the news on a radio (we used to do that then!) and hearing that the Reserve Bank was going to raise the official cash rate of interest again because inflation was still on the rise, became the early morning message that made you equate the word inflation to Dracula, Adolf Hitler and brussel sprouts!

(By the way, in those days, brussel sprouts were boiled, unlike today where they’re fried in butter and cooked with bacon, which has made them miles more acceptable!)

Similarly, the word inflation is more palatable because it has been low for a long time. This chart below shows just how long. 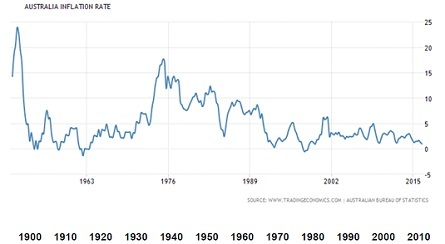 The early 1970s brought the oil price crisis here and inflation was heading towards 20%! The 1980s saw the price level hovering close to 10% but the recession of 1990-91 slayed the inflation dragon. Also, central banks started to understand how to beat inflation with better monetary policy and the new scary level has become 5%. When we’ve seen that rate over the past 10 years, home loan interest rates have been jacked up to 8-9% and that has been enough to scare the pants off inflation and us.

Higher inflation has been linked to a higher Reserve Bank cash rate and the banks would then quickly follow suit to raise our home loan interest rates. However, the GFC changed everything.

The world (minus Australia and a few other countries) ended up in the worldwide great recession, which is still persecuting Europe and Japan with its hangover effects. And that’s why they have negative interest rates on their deposits! They can’t buy enough inflation to build confidence that the worst of the GFC is behind their economies. They fear deflation, not inflation.

I grew up thinking deflation only happens with Great Depressions but when you just avoid one of those, which the world did in 2009 with the GFC, you get some of the symptoms of a depression. And they are depressing!

Here in Australia, our inflation rate to the June quarter was 1%, down from 1.3% in the March quarter.

When the last reading on inflation came out on July 27, this is what CommSec led with in its daily note: Lowest inflation 17 years!

And this was how Craig James explained it: “Consumer Price Index – the main measure of inflation in Australia – rose by 0.4% in the June quarter, in line with expectations. In seasonally adjusted terms, the CPI rose by 0.6%. The annual rate of inflation fell from 1.3% to 1.0% – equaling the low set in June 1999.”

Inflation is low because demand isn’t going gangbusters because consumers and businesses have been cautious and lacking confidence.

In recent times, these readings have improved so this could help inflation kick up. However, we’re living through strange times with the Internet (I have argued this often) really giving it to inflation. And Craig agrees with me.

“Price pressures are contained,” he wrote. “Clearly this is not a new development and certainly not one confined to Australia. Consumers can buy goods anywhere and anytime with internet purchases transforming businesses across the globe. Competition is keeping downward pressure on prices and margins and causing businesses to look first at cutting costs before opting to lift prices. And disruption is adding to the competitive forces – developments like Airbnb and Uber are challenging mainstream industries and businesses.”

I don’t think we’ll see inflation like we saw in the 1970s and 1980s because of the competition created by the Internet. However we will see demand inflation when confidence in economies comes back.

I’m not expecting a big surge in inflation, with the experts guessing a 0.4% rise for the quarter. I’m hoping for something better than that, which should help confidence get on a roll.

Confidence is the key. I think it will go higher in 2017 but it would help if our Prime Minister was more popular. If he can’t get his act together, we might have to vote in Labor — they’ve always been good at creating inflation!

Today, as you go about your day, I want you to eat, love and pray for inflation!