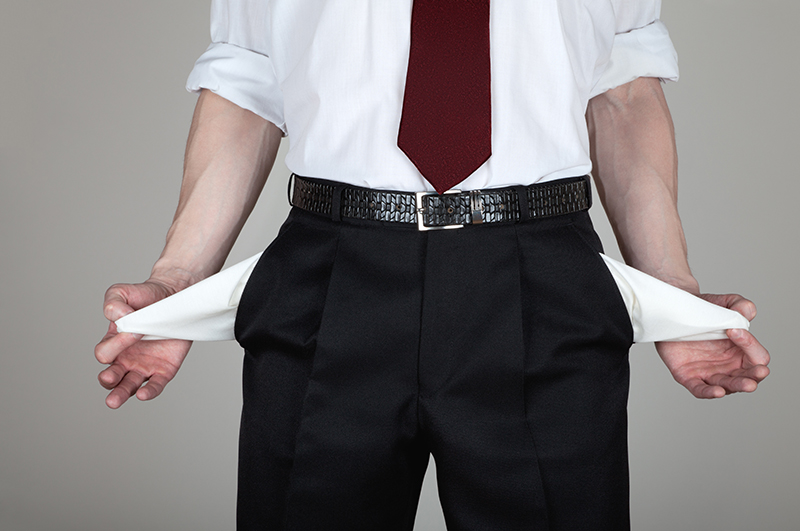 11 money lessons for the young and cashless

As I ran my eye over what the average Aussie likes or dislikes about their bank, it became clear to me that I should share my best money-making lessons so younger Aussies, who don’t have money-mentor parents, can be given some easy-to-read and understand guidance.

Why would I do this? Well, I agree with the comedian/actress, Sophie Tucker, when she observed: “I’ve been rich. I’ve been poor. Rich is better!”

So I’m offering 11 tips for anyone who likes the idea of being richer.

The latest Deloitte bank customer survey in the AFR wasn’t great news for the banks, with 59% saying they put the interests of shareholders over those of customers. Some 21% doubted this proposition, while 17% felt their bank loved them more than their shareholders!

But what has always shocked me is that despite the so-called hate for banks, they actually do well in the Roy Morgan customer survey of banks that contacts 50,000 customers. Despite the Royal Commission’s damning revelations, which started in February this year, this is what the survey found: “New results from Roy Morgan shows that bank customer satisfaction has dropped from 82.3% in January 2018, prior to the Finance Royal Commission, down to 78.5% in May and slipped even further to 78.3% in June.”

So despite all the bad news reports around, 80% of Aussies aren’t sufficiently cheesed off to really hate their banks. And the reason for this is because provided you’re not in the minority who’s squeezed and mistreated by all manner of financial institutions, then your closest encounter with your bank is when they say “Yes” to a loan that puts you into your dream or first home!

It’s an irony but it’s a good starting point to my 11 lessons. So here they are:

1. Work out what bank, building society or credit union you want to work with. Many years ago, I was unhappy with banks and started banking with the University Credit Union, when I was an academic. They charged no fees then and we became their first business customer when we created a company for our media contracts. One manager called in on Christmas Eve to say she’d cleared a cheque we needed to pay some business bills before going on holidays!

2. Create a plan to build wealth. Our plan was to buy the worst house in the best street in an up-and-coming suburb, then renovate it, learning to do a lot of the work ourselves. We then would sell it, capital gains tax-free and trade up to a better house, which was again the worst house in the best street. Of course, the “best street” was a goal and wasn’t always achievable but we went for ‘OK to improving’ streets and the strategy worked.

3. Make sure your super is in a good performing fund and that you aren’t paying more than 1% a year. Here are the best super funds over 10 years: 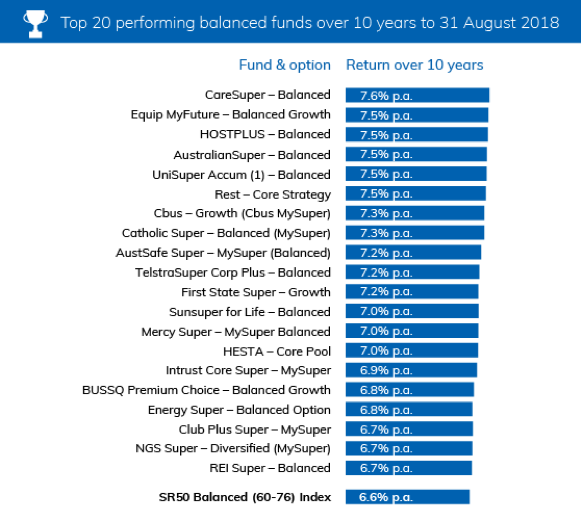 If you ignore this advice and have an expensive and poor performing fund over 40 years of work, you could lose hundreds of thousands of dollars from your nest egg when you retire. Think holidays in Rome, Paris and Santorini versus a caravan park in Burke!

4. Put your spending life under the money microscope. It’s called doing a budget. It sounds boring to even old people, so I call it the “money makeover master plan, step one”. This is where you find out where your money is going.

7. Learn about the stock market and easy investment products called exchange traded funds (ETFs). You could throw yourself into learning about CBA, BHP, NAB, Netflix, Apple and even Nestle in Switzerland. You could always wait until there’s a really scary stock market crash and that’s when you could buy the best companies in the world at bargain basement prices. If you did that during the GFC, you could have bought CBA at $27 and your annual dividend return now would be 18%! It pays to become comfortable about stocks. Exchange traded funds can be bought on the stock market. They have lots of stocks piled into one product. An ETF called IOZ has the top 200 companies on the Australian stock market in one buyable ‘stock’. You could sign up with an online broker and buy some units and when you were driving home from work, if you heard that “the stock market was up 2% today”, you’d be 2% richer! It pays to learn about stocks.

8. Look after your stuff. We waste money by not repairing shoes, painting the house, servicing the car and even looking after our body, so we’re fit and brimming with positivity and someone every employer wants to employ.

9. Invest in yourself. Don’t be afraid to go to a personal trainer or do courses to make you smarter, richer and even more relaxed about life. There’s a great book called Think and Grow Rich by Napoleon Hill that makes the simple case that you can think yourself into a space where you make better decisions — and the pay off is more success and more money.

10. Hang out with great, positive and success-oriented people. If you’re in business, find a great accountant. If you’re too busy to do your own financial planning, find a trustworthy adviser and learn from him or her. Join groups, go to conferences like those put on by Tony Robbins, read books on self-improvement and biographies of highly successful people. One of my favourites was Richard Branson’s Losing my Virginity. The notes I made on that book and what I learnt explains why I’m writing this today.

11. Write down how you’ll boost your income, either from being the best employee in the country or via starting a business. This will be a work-in-progress effort but you have to see what the future path will be. You need to SWOT yourself to know your strengths, weaknesses, opportunities and threats. Then you need to get in your strength zone and make your weaknesses irrelevant over time. These lessons will help you do it. You’re like a brand in the economy and you have to make yourself distinctive, competitive, competent and attractive. If you do that, you will achieve a lot.

I know I could find more lessons, such as collecting great quotes to reframe your brain and thinking, to drive yourself to higher money-making and success-achieving levels. If you do these two things simultaneously by the way, you will develop as a person. The blueprint for my second lesson about having a plan is effectively these 11 lessons. If you commit to them, your money life will change. You’ll be putting yourself on the platform for the success train that you then motivate yourself to board!

You have to desire success and then do what’s needed to achieve it. That makes all the difference. Money is like applause from an audience. If you get your act together, the money will follow, like the clapping a great performer receives.

Let me finish with one of my favourite quotes from the tennis great Chris Evert and it’s something I’d love Nick Kyrgios would learn from. She said: “There were times deep down I wanted to win so badly I could actually will it to happen. I think most of my career was based on DESIRE!”

Remember this to spark your desire.

I recommend you write down these 11 lessons and ask yourself where you are with each one. That’s the starting point. Once a week, revisit these lessons and see how you’ve progressed. If you can’t make this first step, you might not want to get richer, or maybe you’re looking for a better way to build your wealth. If that’s the case, let me know what that way is!