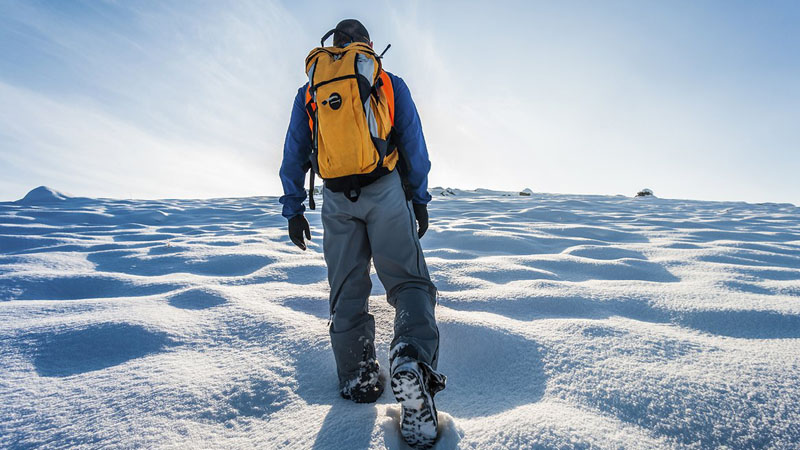 10 steps to be a better you

One of our greatest roles in life is to lead but most of us aren’t comfortable with this task. If you think about your greatest failures or disappointments, I reckon it gets down to something you did wrong.

You might not have been prepared for a disaster, you relied on the wrong person, you took a shortcut or you didn’t do your homework. Sure, you could’ve blamed others but deep down you know you screwed up.

In life we’re called to lead employees, sporting team mates and of course our children. And that’s when the penny dropped for me that I needed to do some work in this department.

And what surprised me when I started to read up about leadership from leadership gurus was that the starting point is that you have to lead yourself. John Maxwell, the author of The 21 Irrefutable Laws of Leadership said he was knocked out when his mentor asked him: “What is your plan for self-improvement?”

Like most of us, John didn’t have one but, as he argues, if you want to lead others it’s a pretty good idea that you show yourself to be someone worth following.

A part of my plan for self-improvement is that I’m listening to great thinkers by switching off the radio when I’m driving home after my TV show. Instead I listen to people like Jim Collins, who wrote the business best seller Good to Great.

A fundamental conclusion of this book is that if you want to build a great business, then you want to build a great YOU and a team full of great people. Collins says a lot of great leaders were not rah-rah merchants but were often mild mannered high achievers. However, their key strength was hiring the right people and getting them on the bus. Later they might’ve switched around the seating on that metaphorical bus but you can do that when you hire for attitude rather than the altitude of marks in say university exams.

He argues that what an individual must do to achieve is the blueprint for a business and he says the secret of success is caught in the middle of three overlapping circles.

The third circle says to do what is socially and/or economically valuable. And when you put those three circles together, you have the makings of a great career, a business and probably a life.

Legendary psychology thinker, Abraham Maslow, argued that the basic needs of humans (such as food, shelter, warmth, security, sense of belonging, etc.) must be met before a person can achieve self-actualization. This is the need to be good, to be fully alive and to find meaning in life. And interestingly, research shows that when people live lives that are different from their true nature and capabilities, they’re less likely to be happy than those whose goals and lives match.

So Collins is giving a business-like way to attain happiness, which I reckon is a pretty good thing to search for. He said Maslow’s self-actualisation is about finding out what you’re meant to do and if you find it, happiness has a good chance of showing up, as well as success.

Imagine a business with self-actualised staff selling something really great for people. This would be a great business.

One of the biggest selling business books was simply called Fish! It was based on the happy, playful antics of Pikes Place – a fish market in Seattle – where not only did the staff entertain their customers throwing fish to each other but also ramped up the productivity of the business. It led to a business trend where enlightened leaders worked to bring happiness to the workplace.

The story behind the high-flying success of Southwest Airlines has often been put down to introducing fun in the workplace and staff showing customers ‘love’!

Look at the people who work nearly forever – actors, writers, radio commentators, Warren Buffett, Norman May (who sadly we lost last week) and entrepreneurs. Frank Lowy is 86 years of age, Harry Triguboff of Meriton is 83 years of age and Gerry Harvey is 77 and says he’ll never retire!

And I’m sure Gai Waterhouse will stop training when she decides.

In a speech I heard some time ago, Collins offered 10 “to do’s” for young people but I think they work for anyone at any time. This is all about creating your competitive edge and these suggestions might help you if you want to start being a better leader for the people you care about.

1.      Build a personal board of directors, where some might be real advisers or mentors but some could be virtual. Collins said he channeled Peter Drucker through his books and later in life met him. But before that, he learnt so much from his chosen mentors from afar. When I was an academic who was asked to write in newspapers, I put Alan Ramsey, Paul Kelly, Ross Gittins, Michelle Grattan on my ‘board’. When I wanted to build my business, John Symond, Mark Bouris and others who I wrote about joined my virtual board. People like Jack Welch and Richard Branson gave me valuable tips but I was lucky to meet and interview them all.

Collins said his Dad only gave bad advice and habits and he resented his friends who had good Dads, so he created his own ‘Dad’ from the people he admired and wished were his father.

2.      “Please turn off your electronic gadgets!” He says not for others but for yourself, because effective people take time to think. He talked of someone who reads a book a day – that’s 365 books a year! “Put white space on your calendar and think.”

3.      Work on your three circles – treat yourself objectively and analyse yourself to ensure you’re realistic about what you’re doing to get to the middle of the three circles.

4.      Always ask questions rather than being quick to give answers. One of his real directors on his personal board at the University where he once taught said to him: “Jim you spend too much time trying to be interesting, so why don’t you try to be interested?” Collins said “that 10 seconds changed my life!” Good to Great is one of the best-selling business books of all time and it was all based on asking questions of CEOs who turned good businesses into great businesses.

5.      Answer this question: If you woke up tomorrow and inherited $20 million but you learnt you had a terminal disease and had only 10 years to live what would go on your stop doing list?

6.      Start your stop doing list! Peter Drucker, the great business thinker would always ask colleagues and students: “What have you stopped doing?”

7.      “Unplug the opportunities that distract you,” he advises and especially if they don’t fit your three circles.

8.      Find the thing you want to do with such  passion that you’re prepared to endure the pain.

9.      Know the values that you will never compromise – this was a characteristic of the great CEOs of great companies that Collins studied.

10.   Be prepared for when you’re 65 that you are one-third of the way through your great work. Peter Drucker wrote two-thirds of his 39 highly acclaimed business books after he was 65!

One of Drucker’s most famous pieces of advice was: “Management is doing things right; leadership is doing the right things.”

People like Collins and Drucker know great leaders create great businesses, nations, families, sporting teams and great relationships and the enduring message from these thinking gurus is that self-leadership comes first and when you are so damn good and you show yourself as someone who wants to bring other people on, these people will willingly follow you!

That’s when you go from good to great.