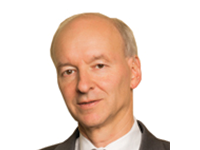 The Medibank IPO is not well

The Medibank IPO is being mishandled and the Minister for Finance, Senator Cormann, has three questions to answer:

Medibank is not a “high yielder”

Ignore the advertising, and the prospectus that says the forecast yield on Medibank for FY 15 is between 4.2% pa and 5.4% pa, depending on the final price. The real yield is actually between 3.5% pa and 4.5% pa.

Why? Because ‘interim’ and ‘final’ dividends are often not equal. In Medibank’s case, the Government is taking a small interim dividend (representing the profit for the first 5 months of the year), while investors in the IPO will be paid a much higher dividend for the final seven months. Medibank’s profit half years aren’t equal. In December and January, elective surgery in hospitals effectively stops, and many health professionals enjoy summer leave. Consequently, Medicare has two very profitable months.

Now, while this is all disclosed in the prospectus, it is not the headline it leads with and consequently, many journalists have run with the line that it is a high yielder. Further, government advertising promotes Medibank as offering an “attractive” yield.

Not a “high yielder” – and for my book, not “attractive”. Why are investors being misled?

As subscribers to the Switzer Super Report will know, I think Medibank is a touch expensive at a price of $2.00 per share.

Why can’t I cap my investment price, like you can in a share buy back? These work on the basis that you either nominate a specific price, or leave it to the “informed” market and accept the ‘final’ or ‘clearing’ price. In the case of an IPO, a retail investor could either nominate a maximum application price, or leave it to the institutional book-build to set the price (ie a final price).

Surely with today’s technology, this is not hard to do.

I don’t like flying blind, particularly when the price range is a whopping 29% (you will get 29% more shares at $1.55 than you will get at $2.00). This size range is almost unheard off. Most IPOs typically have a range of between 10% and 15%, with the last major public float, QR National (now Aurizon) running with a range of $2.50 to $3.00. Further, retail investors were capped at $2.80, meaning that the range was 20% for institutional investors and only 12% for retail investors.

Does the range matter? Well yes – because not only is it guidance to what you may pay, it helps with the promotion and marketing in describing yields and multiples. Again, potentially misleading.

So, why is the range so wide, and why can’t I cap my price?

This is hangover from the 80s/90s before all today’s modern communications. Back then, brokers had to wear out the shoe leather and knock on doors – they deserved higher fees for offshore sales.

Today, offshore institutions know as much about Australia and Australian investment opportunities as any other investor. They are remarkably well informed.

Now, I am as pro offshore investors as anyone else – we need them, because we have this nasty thing called a current account deficit that someone has to fund it. However, they are totally opportunistic as investors and they will invest if they see value. Paying the brokers a higher commission is just a trick to create some short term demand from the domestic institutions when Medibank lists, and cost taxpayers more in fees.

Why the higher rate?

Getting a float of this nature requires a lot of work, and no doubt the Minister and team at the Department of Finance have burnt the midnight oil. However, given the questions raised above, this IPO is being mishandled.

Important information: This content has been prepared without taking account of the objectives, financial situation or needs of any particular individual. It does not constitute formal advice. For this reason, any individual should, before acting, consider the appropriateness of the information, having regard to the individual’s objectives, financial situation and needs and, if necessary, seek appropriate professional advice.