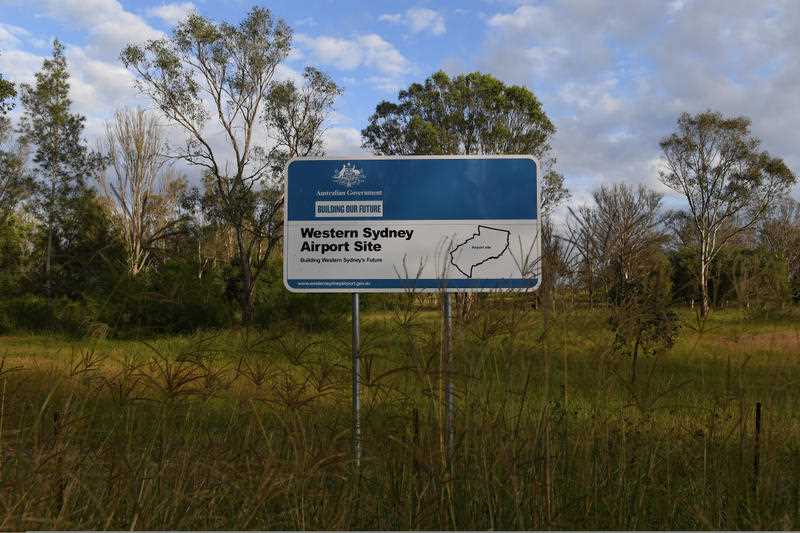 Sydney Airport is a long-term sell

It shouldn’t come as any surprise to share investors that Sydney Airport has turned down the opportunity to build and operate a second airport for Sydney at Badgerys Creek. It was never going to say “yes”.

Sydney Airport (ASX Code: SYD) is an annuity-style infrastructure stock trading on an aggressive distribution yield of just 4.75%, geared to the eyeballs with debt, and with very predicable cash flows and growth drivers. For this company to outlay $6bn to develop an airport where revenues won’t commence until 2026 (at the earliest) and the cash flow break even scenario is in the “never-never” was just too much of an ask. Managing the development risk, the airport operating risk, plus the prospect of dilutive capital raisings to part fund the development and operation, would have cruelled the Sydney Airport stock price.

But by saying “no” - the only realistic choice available to the Directors of Sydney Airport - the stock is moving into long-term sell territory. Perhaps sooner than many investors might think, the market is going to worry about potential “competition” risk. And it is not exactly a cheap stock.

Sydney Airport shares have rebounded strongly in 2017. When the yield on 10-year US treasury bonds surged to 2.5% pa in the immediate aftermath of President Trump’s surprise victory last November, and Australian bond yields followed suit, stocks which were highly geared like Sydney Airport were hit hard. Its share price fell from over $7.00 to $5.85 at the end of January, before rising back over $7.00 as US bond yields stabilised around 2.3% and “armageddon” in the bond market was averted. 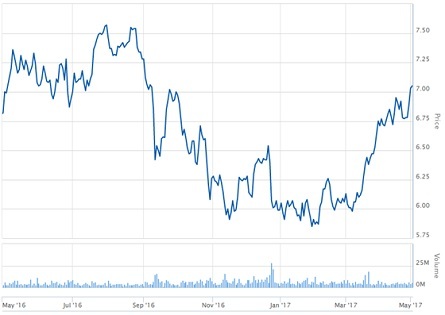 Yesterday, Sydney Airport closed at $7.05. With a forecast distribution of 33.5c for FY17, this puts Sydney Airport on a distribution yield of 4.7% pa. As this carries no franking or other tax advantages, many would describe this yield as pretty unattractive.

Of course, Sydney Airport is able to point to a strong track record of growing distributions. Over the last five years, distributions have grown at a compound annual growth rate (CAGR) of 9.8%. 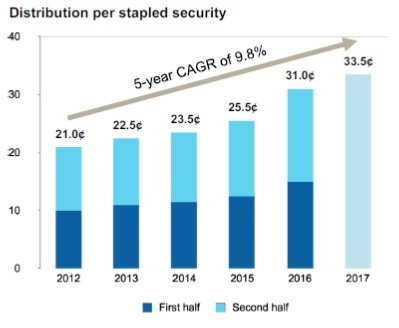 It has done this by growing revenue at a CAGR of 7%, driven by an increase in passenger numbers from 36.9m in FY12, to 41.9m in FY16. EBITDA has also grown at a CAGR of 7%, with lower interest expenses allowing Sydney Airport to further increase distributions to shareholders.

So far in 2017, passenger numbers are up by 2.2% compared with the corresponding period in 2016. Importantly, growth in higher yielding international passengers is up by 5.7%.

Looking forward, Sydney Airport sees continuing opportunities to grow passenger numbers, particularly with international passengers from Asia due to Sydney’s status as the main gateway to Australia and an Asia/Pacific business hub, and the growth in the outbound Chinese tourist. It says that 35% of landing/departure slots remain available at Kingsford Smith, while the introduction of larger aircraft by airlines will contribute to increased revenue per slot. It cites the example of Heathrow, which has demonstrated continued traffic growth despite no increase in landing slots.

What do the brokers say?

The major brokers are, according to FNArena, largely neutral on Sydney Airport, with two buy, four neutral and one sell recommendations. They see the stock as a little overvalued, with a target price of $6.63, 6.0% lower than the current share price. 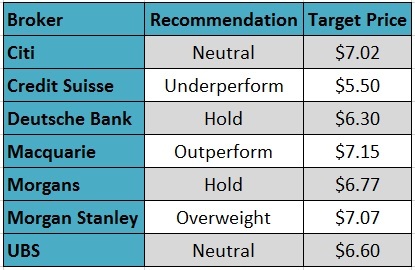 In the medium term, Sydney Airport should be able to grow passengers, increase revenue and most importantly, increase distributions. The latter may not grow at 9.8% pa, but something in the order of 5% to 7% may be achievable. Further, its monopoly as Sydney’s only commercial airport won’t be under any attack until at least 2026.

However, markets like to anticipate events well before they actually occur. The chances are that as development on the second airport ramps up, markets will fret about the competitive risk and factor this into the share price. And it won’t just be investors who worry about competition.

Sydney Airport has net debt of $7.7bn. While this has an average maturity stretching into late 2023, as the debt comes up for renegotiation, banks, bond holders and rating agencies will increasingly consider whether a competitive threat could arise. It just takes one bank or rating agency to believe that the threat is credible and possibly material, and Sydney Airport will find that it is paying higher interest charges.

And if bond yields start to rise again, which seems inevitable as the growth momentum in the US continues and the Federal Reserve tightens monetary policy in response, Sydney Airport and other “bond proxy” stocks will come under pressure.

Sydney Airport is not a buy. For holders, time is on your side, but don’t wait too long to sell.