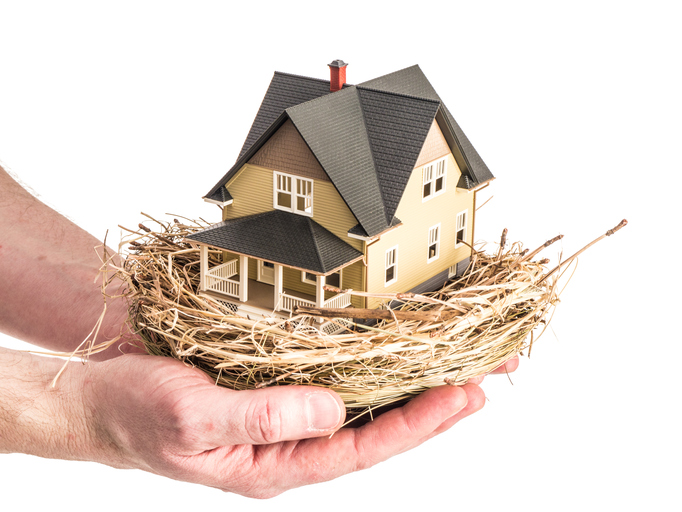 I have argued for some years that young people should be able to access part of their super to help fund the deposit on their first home (see articles in Switzer Daily here and here). And just when I thought the “housing affordability” debate was getting a little weary and needing to catch breath, Treasurer Scott Morrison reignited it by floating the idea that accessing super early could help.

Of course, the super industry put vested interests to one side and came out strongly against the idea. Sally Loane, the CEO of the Financial Services Council, which is a lobby group for the retail super funds, said that “we do not support diluting people’s retirement nest eggs to solve a housing affordability issue”. The Association of Super Funds of Australia urged the government to “tread warily”.

But retirement “liveability” doesn’t just depend on a person’s super savings, it depends almost as much on whether the person is a homeowner or a renter. While accessing super early is not the panacea to housing affordability - new supply is probably the major issue - there is no ‘in principle’ reason why a compulsory system of saving like super can’t work “hand in glove” to help participants address their other retirement challenge.

Moreover, I am a big fan of making super more relevant to the young - one of the biggest and least talked about issues confronting the super industry.

Without a purpose, super doesn’t have a lot of value. For a 25-year old who faces the prospect of retirement in 50 years’ time in 2067 at age 70 or 75, super adequacy is a problem that is in the “never never”. Retirement is just so far out. There are far more pressing priorities, like finding a place to live, finding a partner, building a career and the myriad of life challenges.

With capital city house prices, in particular Sydney and Melbourne, now at such high levels, the deposit gap is a huge challenge for many young Australians. Raising the 20% deposit of $80,000 on a home worth $400,000 (well below the median house price in those cities) is no small ask – and if part of a super balance can help here, this will give super an immediate purpose. There is a reason now to make contributions.

Secondly, it will encourage young Australians to think about their super – how the funds are invested, what returns they are getting, how many super accounts they have. The fact that there are 28 million super accounts - roughly two accounts for every working Australian - chewing up fees and costs shows how irrelevant super is to many people.

Finally, it will put pressure on the high fees charged by our super managers. More interest by superannuants means more scrutiny on the super managers and ultimately, downward pressure on fees. Further, young adults might start to question the absurd proposition of life insurance that many are forced to take and pay for – despite not having a dependent in sight.

There are several models about how early access to super might work - here are my thoughts. Importantly, it is not open slather, and it is capped.

Firstly, the amount a young adult (under 35) could withdraw would be capped – say a lifetime limit of $50,000. And they wouldn’t be able to withdraw their entire super – the amount taken for a deposit would be no more than 50% of their super balance.

What are the arguments against?

Setting aside the argument that it is not the purpose of the super system (which to me sounds like one generation paternalistically lecturing the next generation), the other arguments raised are that it will crush a person’s super savings in retirement and it could inflate an already hot property market.

The former is put out by the super industry lobby, who of course abhor anything that might upset the super fee gravy train. They have produced some pretty horrific numbers that assume that the funds will be lost forever to the super system – usually for 40 years - and ignore the fact that the average mortgage turns over every four years and Australians move home every seven years. Under my model, if the house was sold or mortgage discharged, the super fund would be repaid in full.

And will accessing super really inflate a booming housing market? Well, if any of the scare-mongers had bothered to look behind the numbers, they probably would have come to the conclusion that whatever pressure there will be, it is some way down the track and not that impactful.

And if they started from scratch and say earned $100,000 per year and their employer contributed $9,500 into super, after contributions tax of 15% and earnings of 7% pa, it would take around seven years to get to a balance of $80,000.

Any impact on the property market is going to be relatively minor and some way (years) down the track.

Give young adults a go

Let’s give young adults a hand by allowing them to access part of their super as a deposit for their first home. At the same time, let’s give them a reason to value the super system. The arguments that it is inconsistent with the purpose of the super system or that it will inflame the property market don’t really stack up.