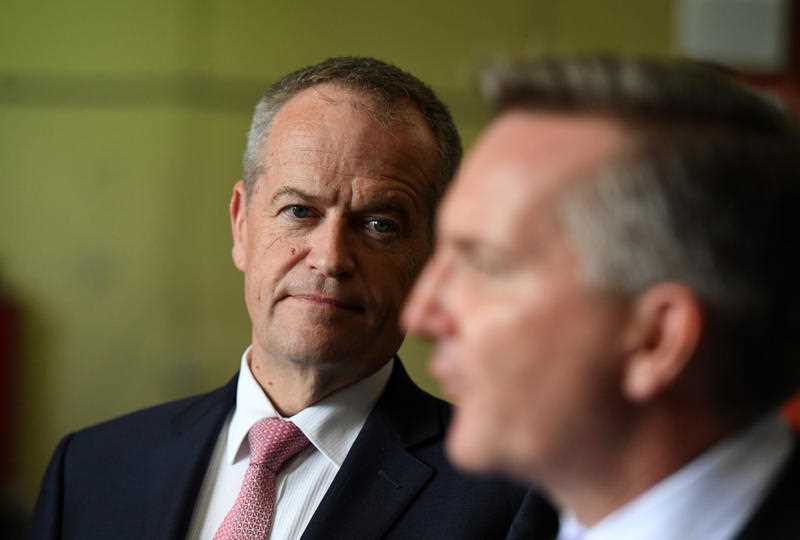 Bill Shorten’s proposed changes to the dividend imputation system are a naked tax grab. They are not about making the system more equitable, and they are not closing a “tax loophole”.

The changes, which would see an end to the Australian Taxation Office paying cash refunds to taxpayers who have excess imputation credits, is set to raise $59bn over 10 years.  To start from 1 July 2019, it will raise more than $5bn in its first year.

Self-funded retires and pensioners will be particularly hard hit, as will non-working spouses and part time workers who have share investments. In fact, anyone whose marginal tax rate is less than 30%, which includes all superannuation funds and persons with incomes under $37,000, could be impacted. At least 1.12m taxpayers will be worse off – and potentially a lot more if some public offer super schemes are also caught.

And because Bill and his team have a realistic chance at winning the next election, companies will act by bringing forward the payment of special dividends and off-market buybacks.

More on this later. First, let me explain why Shorten is not “closing a tax loophole” and why this is a naked tax grab.

Paul Keating recognized that company profits were, through double taxation, effectively being taxed at punitive rates and introduced the system of dividend imputation in 1987. The system effectively rebates through imputation credits (also called franking credits) the tax that the company has already paid, so the profit is only taxed in the hands of the shareholder.

Critically, the system only recognizes company tax that has been paid to the Australian Taxation Office, so if companies aren’t paying tax in Australia, they can’t frank their dividends. This is why companies such as CSL, which earns more than 90% of its revenue outside Australia and pays tax to foreign governments, can’t frank its dividends. It simply doesn’t pay enough company tax to the ATO.

In 2000, an enhancement to the scheme was made by Peter Costello to refund excess imputation credits in cash. The purpose was simple – to make sure that every shareholder (taxpayer) gets the same benefit. This is what Shorten now proposes to axe.

Let’s take an example to demonstrate the point. Suppose that a company makes a profit of $100, pays tax of $30, and then distributes a dividend of $70 to its shareholders. Because it has paid the full amount of company tax, it can fully frank the dividend. Consider five shareholders – with respective marginal tax rates of 47% (the highest), 30% (potentially another company), 19%, 15% (a super fund in accumulation phase) and 0% (a super fund in pension phase or an individual earning less than $18,200).

In the case of a shareholder paying tax at 30%, such as another company, the gross tax payable on the taxable income of $100 is $30. After deducting the imputation credits, the net tax paid is $0.

Secondly, it is utter nonsense by Shorten and his cronies to say that denying the refundability of excess imputation credits is closing a “tax loophole”. There is no loophole, but rather a system where every taxpayer gets the same benefit – their tax is reduced by the same $30 (reflecting the tax the company has paid). What could be more equitable than this?

Clearly, some of the strong dividend paying stocks will look less attractive to investors. Telstra, which pays a fully franked dividend of 22c per share, is probably the best example. For a shareholder with a tax rate of 0% (such as a SMSF in pension phase or retiree with limited income investing outside super), on a purchase price of $3.40 per share, this translates to a yield of 9.2%. Take away the refunding of the franking credits, the yield is crunched to 6.5%. Still interesting, but a lot less exciting. Impact – the share price will fall.

The banks and other high paying dividend stocks could also be impacted.

But there will also be offsetting actions that some companies will take. Because the change won’t come into effect until the start of the 2019 tax year, some Boards will “read the tea leaves” and accelerate the payment of special dividends. Companies with strong capital positions and healthy franking account balances will undertake off-market buybacks. These allow companies to buy their shares back at a discount to the then market price, and are particularly attractive to zero rate taxpayers who can get their excess imputation credits refunded in cash. Take way this aspect, as Shorten proposes, and off-market buybacks as we know them could well be a thing of the past.

One thing we can be certain of is that Shorten’s proposal will become a hot political issue. And in due course, will be seen for what it is - a naked tax grab.