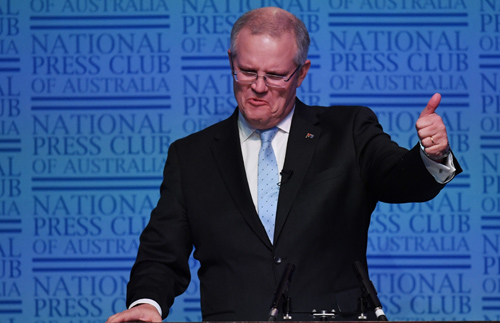 Despite calls for a bit of stability with the super system, the pollies just can’t keep their hands off it. Tuesday night’s budget brought another four changes. While two well telegraphed are, in the main, positive initiatives, it shows that super remains a moving feast.

Here is a rundown of the changes, plus, with just 50 sleeps until 30 June, the actions you should consider taking before the system fundamentally changes. And if you put a substantial sum into super, you don’t have to invest it now into the share or property markets. If you are concerned about the markets, SMSF members could invest it in cash or a term deposit, while members of an industry or retail super fund could select a lower risk investment option.

The only qualification is that it must be the sale of your principle residence owned for the past 10 or more years.

While the measure doesn’t address issues with the pensioner assets test, transaction costs, and perhaps more importantly, the availability of suitable properties, it should prove popular with self-funded retirees who can then invest their savings in a 0% or worst case 15% taxing environment.

At the other end of the housing market, first home buyers will be able to make voluntary salary sacrifice contributions into super, and withdraw these together with associated earnings for a first home deposit.

Normal taxing arrangements will apply to these contributions. Like other salary sacrifice contributions, from a person’s pre-tax income, and then taxed at 15% when it hits the super fund. Inside the fund, earnings will be taxed at 15% pa.  On withdrawal, taxed at marginal tax rates, less a 30% tax offset. This means that the maximum tax rate will be 17% - most will pay just 9%.

From a member’s point of view, this will be really easy to implement. No new account required, just instruct your employer to salary sacrifice and pay to your super fund. On the other hand, super funds won’t like it one bit because there will be extra administration required to keep account balances separate and apportion earnings.

Despite comments that “$30,000 doesn’t really give you much of a deposit for the Sydney or Melbourne markets”, this measure will prove to be popular when first home-owners realise that it is a “no-brainer”.

While the Government hasn’t gone as far as some have argued and stopped SMSFs from borrowing, it is introducing measures that will make it less attractive.

From 1 July, the outstanding loan balance on a limited recourse borrowing arrangement (LBRA) will be included in a member’s total superannuation balance. For example, if a single member SMSF owns a property worth $2m which is supported by a loan of $1m, only the net assets of $1m is currently counted in a members total superannuation balance. From 1 July, the loan will be included, meaning that the total super balance would be $2m. Once your balance exceeds $1.6m, you can’t make any additional non-concessional contributions.

Further, the repayment of principle and interest on the loan from a member’s accumulation account will count against the transfer balance cap of how much can be transferred into the pension phase.

There will also be changes to the rules around non-arm’s length transactions between related parties to make sure that they are done on a commercial basis.

Here is a quick re-cap on the super actions to take between now and 30 June, when the biggest change to super in nearly a decade takes effect.

If you are making salary sacrifice contributions, you will need to review these from 1 July to make sure that you are under the new cap. Also, as this is the last year of the higher cap, the obvious strategy is to see whether you can utilise the full cap in 2016/17. If cash flow permits, accelerate salary sacrifice amounts this year, or if self-employed, make the full contribution prior to 30 June.

The other change is that if your total superannuation balance is over $1,600,000, you won’t be able to make any contribution at all. This is a new constraint to apply from 1 July 2017. Super balances will be measured each June 30 (i.e. your balance at 30 June 17 will determine whether you can make a non-concessional contribution in 2017/18).

Of course, to make a non-concessional contribution, you need to have the cash on hand. SMSF members can also consider in specie transfers, which must be done at market value and can’t include certain assets such as a residential investment property (it can include shares, managed funds and business real property).

If you are selling assets to generate cash, or transferring in specie, these will count as disposals for capital gains tax purposes. You may also have to pay stamp duty, for example, on business real property.

The law relating to the transfer balance cap of $1.6m requires anyone who has more than $1.6m in the retirement phase of super (that is, in assets supporting the payment of the pension) to remove the excess, either by a lump sum withdrawal, or by rolling it back into the accumulation phase of super. The measurement date is 30 June 17.

From a tax point view, it will usually make sense to roll the money back into the accumulation phase as the 15% tax rate is still concessional. However, if you are not utilising your personal tax free threshold of $18,200, then from a tax point of view, withdrawing some or all of the excess as a lump sum and investing it in your own name will deliver a better outcome.

Capital gains tax relief is available if you are required to comply with the new transfer balance cap. This won’t be needed if you are making a lump sum withdrawal (as the asset would still be in the 0% pension state when sold), but may be required if the funds are being rolled back into the accumulation phase

Check whether you want to keep your TRIS

The investment earnings of assets supporting transition to retirement income streams or pensions (TRIS) will be taxed at 15% from 1 July, rather than the current 0%. As this removes the key financial incentive to have a TRIS, you will need to consider one of three choices: