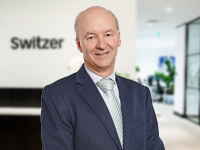 Labor's changing the rules for super

If PM Scott Morrison has his way, he will govern until Saturday 18 May, the last day that a half Senate election can be held in conjunction with an election for the House of Representatives. If the voters of Wentworth have their way and seek retribution by electing an ALP candidate in the forthcoming by-election, and a couple of Scomo’s National colleagues move to the cross-bench, there could be a general election before Christmas. In any event, it is becoming increasingly likely that Bill Shorten will become Australia’s 31st Prime Minister.

And that will mean further changes to the super system. Just after many superannuants are coming to terms with the very material changes that started in July last year, the ALP proposes six further changes. Here is a run-down of their (so-far) announced changes.

The cut in the cap will reduce the ability to make a large “one-off” contribution to super, which may come from the proceeds of selling an asset, an inheritance, a termination payment or some other means. By using the ‘bring-forward’ rule, a person under 65 can make three years’ worth of non-concessional contributions in one year. This means that under current policy, a person can get $300,000 into super in one hit while a couple can potentially contribute up to $600,000. Under the ALP, this will fall to $225,000 or up to $450,000 for a couple.

Clearly, the ALP doesn’t see the super system as a place for the “comfortably off” to invest their surplus funds.

An initiative of the current Government and having just come into effect on 1 July, the ALP plans to abolish ‘catch-up’ concessional contributions.

Eligibility is restricted to those with a total superannuation balance under $500,000 (as at 30 June of the previous year).

The ALP says that it will abolish the scheme. It hasn’t announced any alternative plan to assist in this area.

3. End deductibility of personal contributions within the concessional cap

Until recently, the third category was only available to “self-employed” persons who satisfied the “10% rule”, that is, they received less than 10% of their income in wages or salary (ie genuinely self-employed). Last year, the Government scrapped the 10% rule so that anyone who was eligible to contribute to super could claim a tax deduction for personal super contributions (within the overall concessional cap of $25,000). This was designed to assist, amongst others, employees whose employer didn’t offer salary sacrifice facilities

The ALP says that it will reverse this change and scrap the widespread deductibility of personal super contributions. It is not clear whether this means the re-instatement of the 10% rule.

4. SMSFs won’t be allowed to borrow

David Murray’s Financial System Inquiry recommended that SMSFs be prohibited from borrowing to purchase investment assets such as property. The current Government chose not to adopt this recommendation.

Recently, ALP Shadow Treasurer Chris Bowen said that the ALP would adopt this recommendation and change the law to prohibit SMSFs from borrowing.

6. Employer super contributions will go up to 12%

A long-standing ALP policy is to raise the compulsory super contribution made by employers from 9.5% to 12% of ordinary earnings. No timetable has been announced as yet, but expect this to be an early priority of an incoming ALP Government. The only certainty is that employers should expect to pay more, and while the transition from 9.5% to 12% is likely to be phased, there will be considerable pressure from the ACTU and others to do it over a shorter period.

The only thing that is constant with super is change.

One last thing, if you want to improve your knowledge about money come along to our Listed Investment Conference next week in Brisbane, Melbourne or Sydney. Switzer has brought together a collection of Australia’s best money managers to find out how they’re investing and where they see value in the current global environment. You can access a complimentary ticket (or two!) to come join us. There’s only one week remaining – so make sure you don’t miss out! To access your free ticket/s, click here, choose the event you’d like to attend in your State and enter the promotional code ‘SD’ on checkout. Peter and I hope to meet you there so come up and say “hello”.