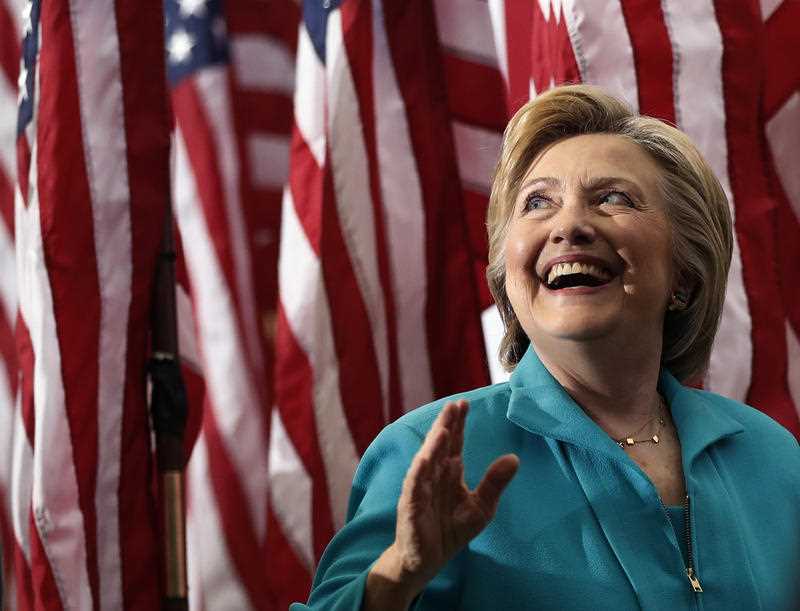 It's not about Trump, it's about Clinton

Watching the US Presidential debate from my hotel room in Dallas Texas, it struck me more and more that this election is not about Trump, but rather about Hillary Clinton and her 24 years as part of the political elite. Sure, she is up against one of the most odious candidates in US political history, but in her own right, she represents the “problem” that many Americans are struggling to come to terms with.

While Trump refers to her “30 years” in office, it is only 24 years if you count back to the start of 1993. This includes eight years as a very influential “first lady”, eight years in the US Senate representing the State of New York, four years as President Obama’s US Secretary of State and almost four years preparing to become the 45th President of the United States.

The fact that so many Americans after all this time say (according to the polls) that she is “untrustworthy” shows she is vulnerable to the type of attack being launched by the Trump team. For many, her campaign appearances have also been relatively uninspiring, and while she clearly won the debate and performed better than expectations, she will need to continue Monday night’s performance in the weeks ahead to win the election on November 8.

Trump has five major policy lines of attack about Hillary.

Firstly, she is responsible, together with Obama and others, for what he says are disastrous free trade deals such as NAFTA (the North American Free Trade Agreement). These deals have exported American manufacturing jobs to cheap labour countries such as Mexico and China. Although unemployment across the USA is down to just 4.9%, this argument has traction, particularly in some of the traditional manufacturing (and key swing) states like Michigan, Ohio and Pennsylvania.

Next, Trump says she helped create ISIS by pulling out of Iraq too soon. As Secretary of State, she was part of the Obama team that withdrew US troops and left a vacuum for ISIS to develop under a very corrupt Iraqi government. While this is hotly contested, with Clinton saying that President George W Bush ordered the withdrawal of US troops, no one denies that the situation in IRAQ and Syria is a mess – and so mud sticks.

Unlike Trump, who wants to cut taxes, Hillary proposes to increase taxes. While these would mainly hit the top 1% of households, she also proposes changes to the tax on capital gains. In addition to cutting taxes for most individuals, Trump would also cut the corporate tax rate from 35% to 15%, while eliminating most business tax subsidies.

On law and order, Clinton is again portrayed to be part of the “problem”. Recent shootings at a shopping mall in Burlington, Washington State, as well as outbreaks of racial tension in Charlotte and Tulsa, bring this home all too clearly to the American public. It doesn’t matter what the facts say - she has been around for 24 years in power and it doesn’t seem that it is getting any better.

And finally, while not exactly a policy difference, it’s this 24 years that counts most against her. She’s had more than enough time to fix the “problems” of a low-growth economy, disappearing manufacturing jobs, illegal immigration, the war on terror and ISIS, law and order, racial tensions, a ballooning government debt and all the remaining ills.

There is no doubt that Clinton can win, but she will need to do a few things to ensure that she does.

Firstly, she needs to fix her political advertising, which I have to say, is just dreadful. I spent a week in the key swing state of Florida, and although she must be outspending Trump by a factor of about 10 to 1, both the positive and the attack ads were nauseous. At least Trump has a real slogan in “make America great again” rather than Clinton’s tepid “we are stronger together”.

Next, she needs to perform credibly in the final two debates, which are scheduled for Sunday October 9 and Wednesday October 19 (all times US). The former is a town hall style of debate with questions from real voters, while the latter is a moderated debate like that on Monday night.

And thirdly, she could be a little more inspiring. A striking feature of the debate was how much time the two candidates spent talking about themselves, and how little time they spent on their plans for America.

At least with Trump, you know what he wants to achieve, although no-one likes how he plans to get there and few think he actually can. With Hillary, it’s sometimes hard to tell what she stands for, and a little more passion about her big-picture vision wouldn’t go astray.